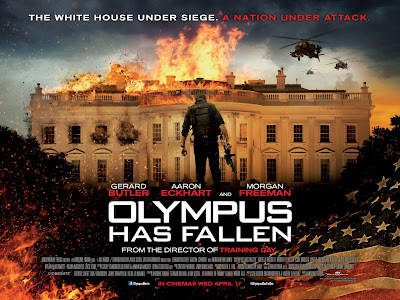 This is going to be real simple.
Olympus Has Fallen is better than the last 3 Die Hard films combined. In fact, they should have just made this into a Die Hard film. In fact, they should have just rebooted the franchise with this film. This is the type of film the Die Hard franchise has so desperately been trying be since 1995, only this film got it right. This was pretty fuckin' badass. 'Nuff said.

Update:
Something I forgot to mention. While it's a great throwback to action films of the 90's with an insane onslaught of neverending violence, I found the excessive and unnecessary use of CGI a bit overwhelming and kind of took me out of the experience from time to time. That is all.
Posted by robotGEEK at 10:28 AM