The Best Movie I Never Saw: The Incredible Shrinking Woman (1981) 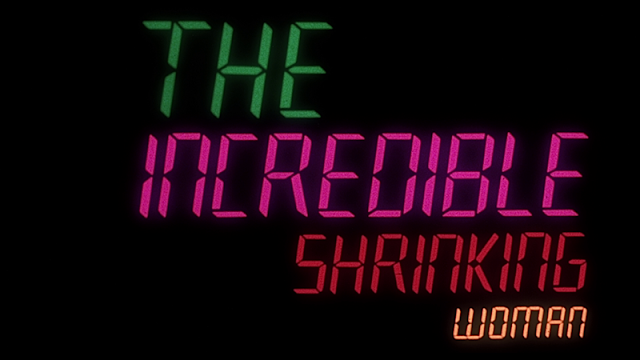 by robotGEEK
Now that might not be entirely accurate because I do recall this playing often on HBO waaaaaay back in the early 80's when I was about 6 or so. I have distinct memories of certain images and scenes, but I doubt I actually watched the entire film being that young. So technically, I haven't seen it fully until now.
The Incredible Shrinking Woman is a totally bizarre mix of comedy, drama, thriller, existentialism and consumerism via 1981. It was nothing like what I was expecting, and I loved every minute of it. A sort of dark, bleak and oddly charming look at early 80's consumerism who's outstanding production design reminds me a whole lot of Edward Scissorhands (I wouldn't be surprised if that films aesthetic was inspired by this gem). I'm serious, there is so much glorious eye candy here that even if you weren't a fan of the films unusual tone the art direction, production and costume design alone are worth the trip. Think an overly-exaggerated late 70's-early 80's aesthetic entirely done in bright pastels, like you're watching something while on some sort of candy-colored acid trip. 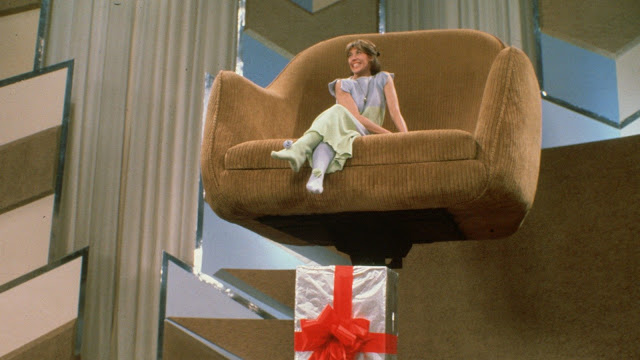 This was Joel Schumacher's (The Lost Boys, Falling Down, Flatliners) theatrical debut as a director and every single frame of film is a gorgeous work of art. The effects work is so impressive, even by today's standards, that I can honestly say I've never seen better and more realistic-looking effects work in regards to having a person the size of a finger interact with normal size humans and gorillas. I haven't looked it up, but I sure hope it was at least nominated for it's outstanding effects work, because I was simply blown away. A truly wonderful little oddity that was so much fun, charming, and a biting commentary on 80's consumerism (although done in a completely different way than Romero's Dawn of the Dead), all tied together by Lily Tomlin's adorable performance. Speaking of which, she actually plays 3 characters in the final cut of the film, though she had played a 4th that was ultimately cut and can be found on Shout! Factory's Blu Ray as a Deleted Scene.
On a side note, that's makeup effects master Rick Baker in the gorilla costume, the same year he won an Oscar for his effects work in An American Werewolf in London. Today, December 8th, also happens to be his birthday. He also played King Kong in the 1976 live action version. Also interesting to note that American Werewolf in London director John Landis was also attached to direct this early on, and honestly, it would have been a great fit for him, especially after seeing his amazing and odd little-seen gem Into the Night. 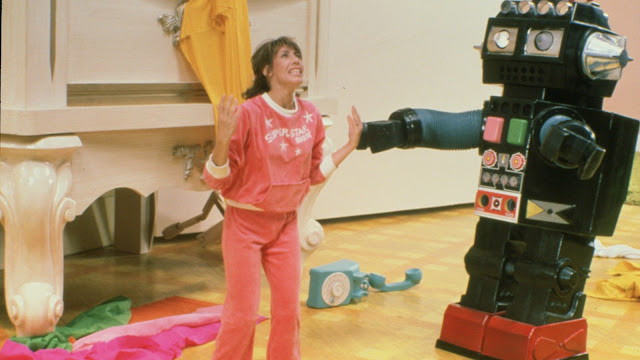 How to see it:
The Incredible Shrinking Woman is currently streaming for FREE on NBC's Peacock App. Shout! Factory also released it on Blu Ray back in 2017 loaded with brand new interviews, that infamous deleted scene of Tomlin's 4th character, and more.
EDITORS NOTE:
Please consider a donation so that I may continue doing this for you. In these tough times, every little bit helps, and further allows me to continue to spend the time needed to write these articles for you. I know it's a bit unorthodox, but we are in strange times and I have not been resistant to the turmoil that COVID has caused financially. Even if it's just $1, $5 or whatever. It would be greatly appreciated and I thank you. You can make a donation to my Venmo: @robotgeek
Posted by robotGEEK at 12:50 PM No comments: