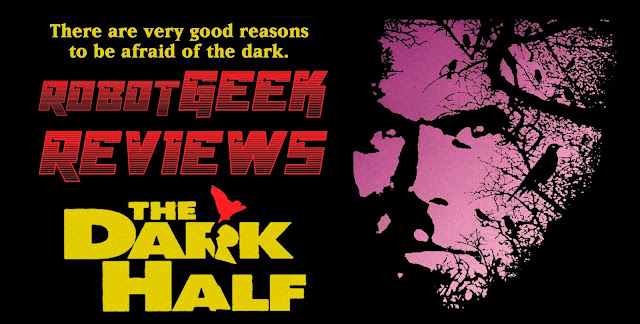 When George A. Romero and Stephen King collaborated for the very first time with Creepshow in 1982, it was a huge hit. In fact, it was bigger than any of them could have imagined and who's legacy has only grown more and more with each passing year. And despite numerous attempts to cash in with inferior sequels and similar themed films, it still remains one of the very best horror anthologies ever made. 11 years later (technically 9 as the film was made in '91 but held in limbo for 2 years due to Orion's bankruptcy problems) their talents would converge once again, only this time in a different capacity with Romero adapting one of King's books personally instead of having King write the screenplay. I'd actually been wanting to revisit this one for some time now, and as luck would have it, Hulu currently offers it as part of their horror lineup. So let's dig in.

Thad Beaumont is a novelist and lecturer who writes under the pseudonym of George Stark. When a series of murders aimed at disrupting Thad's life begin pointing to Thad, it becomes more and more apparent that Thad's alter ego George Stark has manifested into a real breathing human being whose goal is to force Thad to continue writing George Stark novels after Thad recently retired that series of books. George needs these books to continue to stay alive and Thad is the only one who can do that.

I'll be honest. Romero is a hit or miss director for me. I don't always enjoy the films he makes, and his quality varies greatly from picture to picture. For every Creepshow, Day of the Dead and Season of the Witch (movies I love), there are Knightriders, Martin and Monkey Shines (movies I don't care for). Even in his zombie franchise, a genre he single-handedly created, his "Dead" films became less and less enjoyable. But still, while his films may not always be solid, or good for that matter, he does turn out a winner every once in a while. Which brings me to The Dark Half, a film I would definitely consider a winner for Romero. 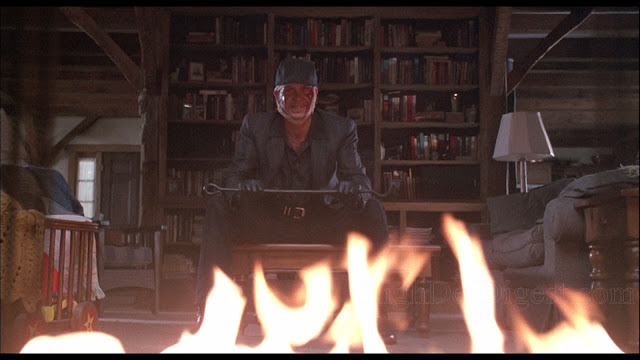 While not a terribly exciting film, and admittedly a bit bizarre, it's enough of a well-made slow-burn thriller that delivers solid entertainment from every angle; not the least bit being Romero's deft touch behind the camera, which was a pleasant surprise considering his previous solo directing credit was Monkey Shines in 1988, and I just did not like that film at all. Monkey Shines didn't look or feel like a George Romero film, and that's probably one of the reasons why I enjoyed The Dark Half so much, because this one did. His stellar visual work here is on par with his work in Day of the Dead and I loved it, making it one of his most visually impressive films. It's constant tone of dread, right from it's very opening sequence, keeps the film grounded in a darkly unnerving ambiance that plays with your intuitions. It rarely ever goes the way you expect it to, and that's one of it's most endearing qualities.

Surprisingly, The Dark Half didn't connect with audiences at all, bombing at the box office and disappearing as quickly as it arrived. And it would be another 7 years before Romero would return to direct with 2000's Bruiser before he dove back into his zombie franchise with Land, Diary and Survival of the Dead before calling it quits in 2009. It's a shame really, because I think if people just gave it a chance, they might actually appreciate The Dark Half more today than when it first arrived. Maybe it has to do with the fact that it's not overtly a "George A. Romero" film in the traditional sense. His name isn't plastered all over the thing like it normally would. Instead, it's more closely associated with Stephen King's name since he wrote the novel that Romero adapted. Still, for me personally, it was a far better film than I anticipated going in and I enjoyed every second of it. Romero's stellar camera work, the solid cast, the surprisingly great and effective effects work (seriously, some of it will surprise you), and it's consistent unrelenting dark tone keeps everything in check. The Dark Half isn't a masterwork, but it's certainly one of the better horror/thriller's to come out of the 90's, and one of Romero's best films in his decades long career. Give it a shot. 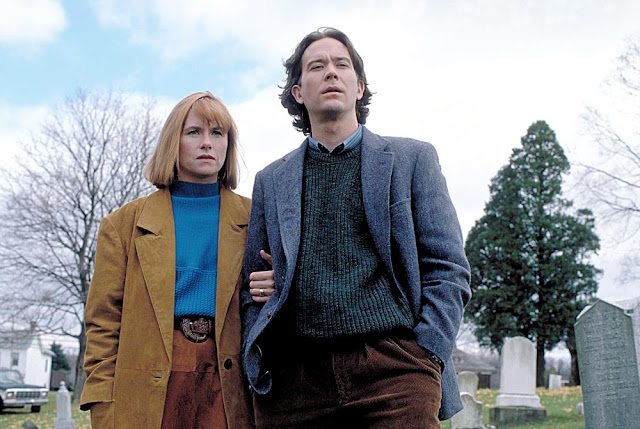 Posted by robotGEEK at 3:59 PM