Documentary Spotlight: The Go-Go Boys - The Inside Story of Cannon Films

"If you make an American film with a beginning, a middle and an end, with a budget of less than five million dollars, you must be an idiot to lose money" - Menaham Golan 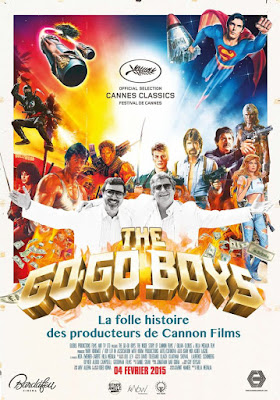 Here's something that I was totally unaware of until recently - another documentary about the legendary Cannon Films that was made and released at the same time as the more popular Electric Boogaloo: The Wild, Untold Story of Cannon Films, just months apart. Yet while Electric Boogaloo would get a worldwide release (and more attention), The Go-Go Boys, from documentary filmmaker Hilla Medalia, has yet to land in the United States officially. However, if you're smart and have a multi-region player (I'm not that smart), then you're in luck since it's been released elsewhere around the world, just not here yet. Still, you have to wonder how this one could be any better than Mark Hartley's (Machete Maidens Unleashed, Not Quite Hollywood) insanely fun Electric Boogaloo. I really needed to find out for myself. So let's dig in.

While Electric Boogaloo is a more fast-paced look into the films of Cannon with a frenetic energy, The Go-Bo Boys is a slower, more personal look into not only the films themselves, but the cousins who would create them. And that is just one of many aspects that makes this one comparatively different. Unlike the more popular Electric Boogaloo, Menaham Golan and Yorum Globus actually participate in this one telling the story of their lives in their own words. And honestly, it makes a big difference. Don't get me wrong; I loved Electric Boogaloo. Who doesn't? It's such a blast of nostalgic fun, running at a breakneck pace and throwing so much information at you in a very fun, creative way. But this one's different. Through new interviews, both Golan and Globus (both estranged for many years right up until this was made) tell their stories in their own words. And let me tell you, while this particular documentary is a bit slower and more personal, it's not any less entertaining. Not by a long shot.

There were moments that did feel familiar, I'm not gonna lie. But those moments are few and far between, and the majority of this documentary's success lies in it's differences to that other one. By focusing primarily on Golan and Globus themselves, letting them tell their separate stories and their memories of all of those events and both having somewhat different perspectives on Cannon's success and failure, The Go-Go Boys succeeds in ways that Electric Boogaloo doesn't. The filmmakers also stick to interviewing key employees of the different Cannon Films iterations, rather than their staple of actors and directors (which they still do include), or even their fans. It was fascinating hearing the in's and out's of one of the biggest studio's at the time from some of the major employees who worked under or along beside them, from a uniquely different angle. It's great stuff. 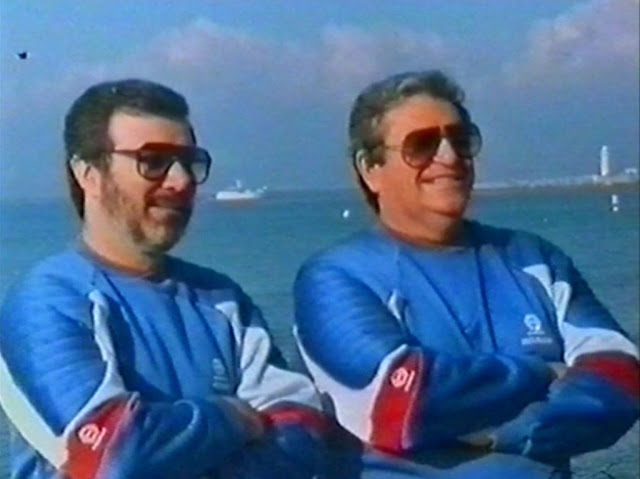 Of course, as fascinating as it is hearing about their creation and rise from obscurity to one of the biggest film companies on the planet, the best parts are no doubt their dominance in the 80's. Here is the heart and meat of the doc, because this is where they rose to superstardom and ultimately crashed and burned harder than any studio before or since. While Globus doesn't mind discussing what went wrong and who to blame, Golan will not discuss it. When asked by the documentarian to discuss some of Cannon's failures, such as Superman IV for example, Golan reacts in anger and frustration, refusing to answer or even discuss them. When she presses further, he shuts her down in his characteristically bullish way. It's a good thing Yoram Globus is more forthcoming and honest.

It's easy to see now where it all went wrong. Each cousin was responsible for a single task; Golan would create and make the films, and Globus would find the money and financing to accomplish that. Ultimately a few bad investments, such as acquiring EMI's vast catalog of films, and their endless business ventures, such as a chain of movie theaters all over the world, led to Cannon's demise. Not the least of which was Menaham Golan creating too many projects at once and spending too much money unnecessarily before Yoram Globus could actually raise it. They were selling the rights to projects before they were even made and shuffling money around from pre-sales to projects needing to get made or already in production. It was a tricky gamble, and one that could very well have been effective had Golan not taken on so many projects at once.The Golan/Globus cousins working and personal relationship was destroyed when Cannon went under, and neither has spoken to the other in decades until now, where you see them reuniting for the first time as part of their contribution to this doc.

Of course that's an abbreviated version, because there was a lot more that went into their sinking ship. Is this documentary worth seeking out? Absolutely. It's fascinating, insightful, fun and even touching. There were things I never knew, such as Yoram Globus, after leaving Cannon, buying MGM with a partner for a short period before....., well you just have to watch this incredible documentary to find out.