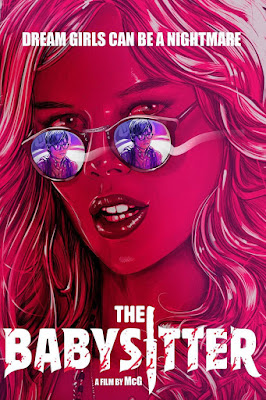 If you're like me, the name McG elicits a roll of the eyes. I know, his name is obnoxious, and annoyingly arrogant. I can never get enthusiastic about any project he's attached to because his style is just too flashy for my taste. Don't get me wrong, I love style and pizzazz, but his tends to get so over the top that it becomes tiresome and takes away from the experience. Though he hasn't directed a lot of theatrical feature films (only 6 to date), he did prove that even when given a huge franchise like The Terminator, his particular style still doesn't always work, with his Terminator: Salvation being one of the franchise's low points. So when I saw that this film was going to be directed by Joseph McGinty Nichol aka McG, I was worried, and a bit hesitant. But the positive word of mouth and big buzz since it's Netflix premiere waned my fears for the most part. Still, you never know. So let's dig in.

Taking some fundamental elements of the classic slasher and home invasion genres and putting a fresh tongue-in-cheek spin on them, I can say that this was refreshingly fun and highly enjoyable. It's also a lot more violent and bloody than you're lead to believe. I think what makes most of it work so well is it's excellent lead, here played by a young Judah Lewis, who does a phenomenal job carrying the film at such a young age. It helps that he's a great actor, but he's also likable in a very sincere way that you don't see much anymore these days with young child actors. Then there's Samara Weaving, who plays the babysitter, and catalyst for everything that transpires and radiates the screen every second she's on. The film really could have lost a lot of us here with that little bit of casting, but thankfully, she's attractive, likable and does a far better job than I anticipated.

I think the thing that will impress and/or surprise most is how "WTF? crazy" this thing gets out of nowhere (which I loved), and the impressive gore, kills and surprisingly fun way it approaches the material. I don't tend to generally get excited about Netflix movies, but if Little Evil is any indication, sometimes my fears can be unfounded because I thoroughly enjoyed that one; probably as much as I enjoyed this one. I hate to sound cynical about new horror films, but in my experience, and perhaps mostly because of my taste and preference, I just don't seem to connect with most of them. Then again, I grew up on 80's horror, so that could also play a big factor into why I can't stand all the found footage, quick-edit, shaky-cam stuff. I miss the days when directors actually took the time to set up their shots, which is another reason why I think I enjoyed the look of this one so much. And on that point, McG restrained himself. He's not going for the crazy camera angles of his Charlie's Angels days, instead keeping it simple and straightforward, and The Babysitter is a better film for it. 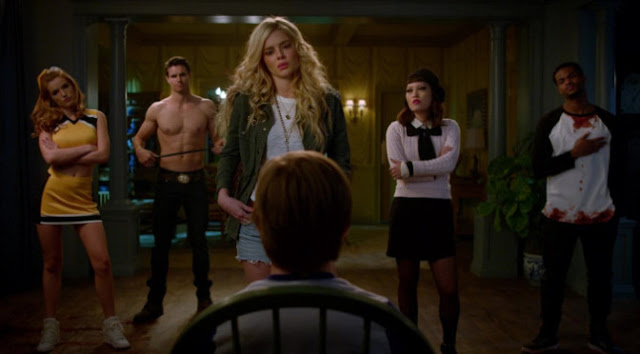 The Good:
Great kills and solid blood and gore (surprisingly). It keeps it light and oftentimes funny, clever and engaging. The cast is excellent, especially the kid, and McG's direction is surprisingly restrained, which really helps the film overall.

The Bad:
I honestly couldn't think of anything I disliked about it, other than the typical plotholes or little things that I always notice that others don't, which I won't mention here.

The Babysitter exceeded my expectations. It's a blast from start to finish and doesn't take itself too seriously. It's just fun, plain and simple.
Posted by robotGEEK at 2:14 PM