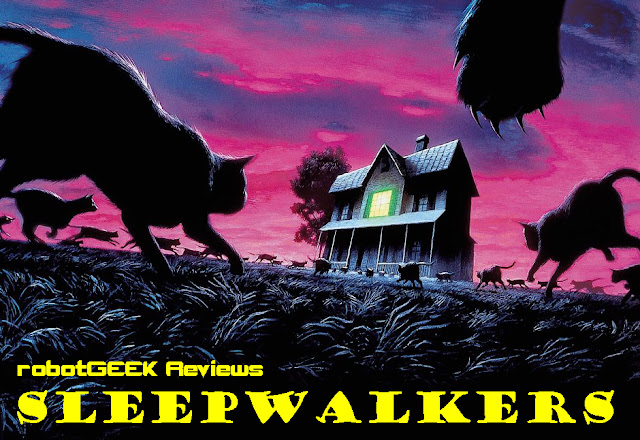 Stephen King's Sleepwalkers is such a bizarre film all around. In fact, it may very well be one of the strangest in his catalog. I literally hadn't seen it since it was first released back in 1991, which I did revisit on home video a few times after, but for arguments sake, let's say it's been a good 25 years really since I've seen it. So I didn't really know what to expect going in, as my memory of it was fuzzy. I remembered it was directed by Mick Garris (Psycho IV, Critters 2), who as I recall mainly stuck to television work, and that it was about a mother and son who were secretly these cat-like people who could transform themselves to look human. And that's really all I remembered. It already sounds silly, but I know it has a solid reputation so I figured maybe there was something I wasn't remembering correctly? Maybe there's a reason why it has remained one of the stronger King films out there? So let's dig in.


"They feast on your fear - and it's dinner time"

Sleepwalkers was a lot sillier and more goofy than I remember. While there were some elements about it that made me think it would be headed in that direction, I don't think I was really prepared for just how far it was going to go. But don't get me wrong. I enjoyed it. In fact, I enjoyed it more than I thought I would. But nearly everything about this film threw me off right from the get-go, beginning with it's tone. Is it meant to be serious? I think so. But it surely won't come across that way. There were so many things about this that left me wondering "what the fuck?", including the incestuous relationship between the mother and son. But at the same time it's all played straight, without a hint of self-awareness happening anywhere. So I have to assume Sleepwalkers is meant to be a serious horror film, even though everything about it leads you to believe otherwise. On the surface that is. 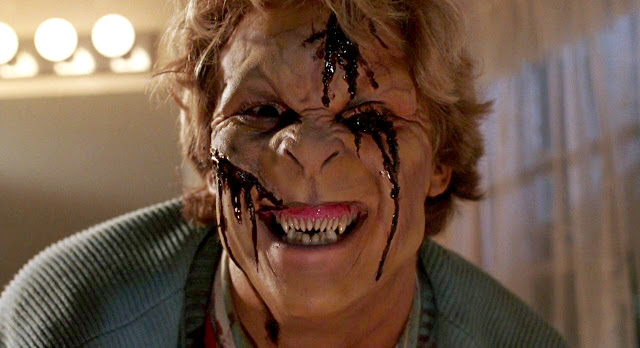 There's just something about it. Maybe it's in the early 90's setting, or maybe it's Mick Garris' direction, but Sleepwalkers really looked, felt and played out like a cheesy early 90's Made-for-TV horror film, which is fitting since Garris would continue to work on Stephen King films for the remainder of his career directing a total of 6 (to date) King adaptations as TV Movies and Mini-Series, most famously The Stand 2 years later. It's clear Mick Garris is having a grande old time here, because I doubt any other director would have infused the film or King's script with so much life and energy. There's a playfulness here, and while unexpected, really becomes endearing.

King had just written and released one of his biggest hits to date with Pet Sematary 3 years earlier in 1989, which makes this film's overall tone so bizarre. Whereas Pet Sematary is a dark, brooding and cold horror film, Sleepwalkers goes in the complete opposite direction with it's high energy, bright saturated colors and fun vibe. Coupled with it's bizarre subject matter and Made-for-TV aesthetic/quality, I was really scratching my head for most of the film, often asking myself "what were they thinking?". 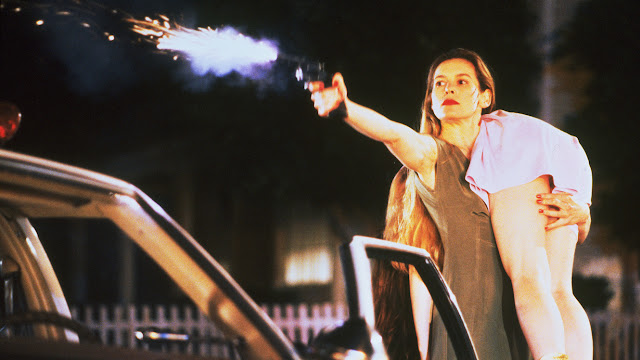 But here's the thing. About halfway through I just decided to stop trying to figure it out and just let it roll. While I may have been initially thrown off by it's cheesy and downright strange vibe, once I allowed myself to just enjoy the ride, I was having a great time with it. And that was only the tip of the iceberg. It got weirder, stranger and really dove head-on into the ridiculous as it went along, culminating into an absurd finale that played on every cliche it could think of, yet effortlessly throws it all together in a satisfyingly campy way. And it's all done with a straight face, rather than with a wink of the eye, which made it even better.

The cameos. Oh the wonderful cameos. Seriously, I thought I was watching a John Landis film (who's tendency to fill his films with tons of cameos has become legendary), who also makes a cameo himself in this. But right off the top of my head I spotted Mark Hamill, Joe Dante, John Landis, Clive Barker, Tobe Hooper and Stephen King himself. And then there's the one and only Ron Perlman, here in either an extended cameo or just a very small minor part, who by the way doesn't show up until the very end of the film, yet leaves such a strong impression in his limited screen time. It's a shame too, because he's arguably one of the most memorable characters in the film and he just comes across as wasted in this. Despite wishing Perlman had a bigger part, these little bits of stunt casting just really made it all the more fun for me. 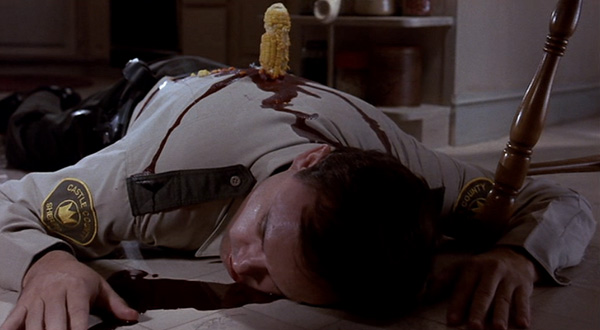 The film is not great by any stretch of the imagination, but it's so entertainingly peculiar that I was wholeheartedly invested after the first act. There are a LOT of things wrong with this film in general, but if I had any one single complaint, it would be that we don't really get any kind of backstory to the 2 main villains in the mother and son. We get little bits and pieces of what they are, but nothing is ever really explained or fleshed out. They're ancient cat-like people with superhuman strength that need to feed on human souls and can somehow transform themselves to look human, and also transform their vehicles into anything they want. Oh, and the mother and son constantly have sex with each other. Okay? That's all we're really told, and while a bit fascinating, it's also incredibly frustrating that there's no history, rhyme or reason for any of that.

While I ultimately really enjoyed Sleepwalkers for it's campy/absurd/silly vibe, it was a bumpy road getting there. I think I was initially thrown off by it's tone. I'm sitting there watching a film that was written by Stephen King himself, yet it was unlike anything I had seen from him before and didn't feel like a typical King film. But that's also one of it's biggest strengths and why it set's itself apart from the rest of the flood of periodically good, but mostly bad Stephen King adaptations. Make no mistake. Sleepwalkers is a bad film. But it sure is fun; a guilty pleasure if there ever was one. If there's anything Sleepwalkers really hit home, it was reminding me that I had such a huge crush on Madchen Amick back in the 90's. 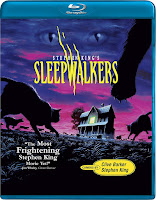 How to watch it:
If you want to watch it for FREE in HD, it's currently streaming on Crackle, which is a FREE movie app found on most streaming devices like XBOX, Roku and Playstation. I use it through my XBOX 360 that's hooked up to my living room TV. But hurry, as they might take it off by the end of this month. It's also available on a bare-bones Blu Ray from 2012 for roughly under $15. And honestly, if you're going to grab a physical copy of this, Blu Ray is the way to go, because for all it's faults, it's ultimately a very visual film full of color that transcends any logical or narrative issues it may have.
Posted by robotGEEK at 10:40 AM