Geek News: Little Shop of Horrors Director's Cut To Return To The Big Screen This Halloween 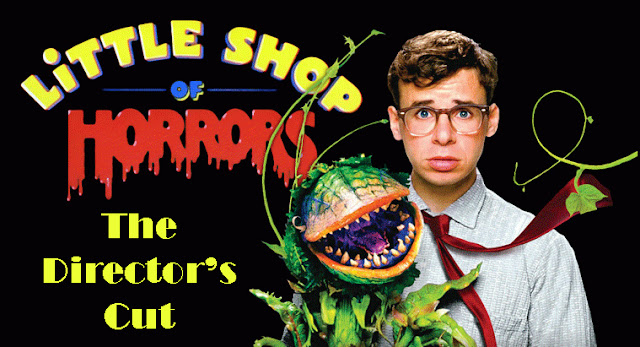 That's right. This coming Halloween Cinemark Theaters will be screening Frank Oz's 80's musical masterpiece Little Shop of Horrors courtesy of Fathom Events. But wait! That's not even the best part. Not only is it coming back to theaters for 2 nights only (Oct. 29 & 31), but it will be the legendary Director's Cut, featuring the balls-to-the-wall epic ending that see's an army of Audrey 2's descending upon the city and literally obliterating it in what can only be described as one of the best practical effects sequences ever produced. It's bleak, dark and violent for sure, but it's also epicly badass. And really, that long-lost ending is reason enough to revisit this on the big screen.

Of course, it also helps that the film in general is one of the best musicals ever made. And this is coming from someone who doesn't generally enjoy them. But there has always been something very special about this one. The songs are actually good, every single one of them, and damnit if they weren't catchy as hell either. The spot-on casting was brilliant, and I just love the "backlot" feel to the entire film. It all looks and feels so very much like it was filmed on a studio lot, and it was, but that's also part of what makes it so special and charming. It's an intentional homage to the type of film that was so popular in the 50's and 60's, which is where LSoH is set. The look of this film plays a hugely important role in it's success as a film and Oz and his production team did a phenomenal job. 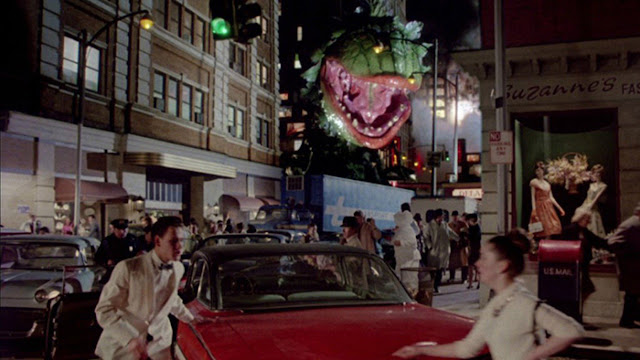 We all remember the theatrical ending right? Seymour saves Audrey and they live happily ever after having killed Audrey 2 with an electrical shock that resulted in it's explosion. Pretty straight-forward and corny, which is what the studio wanted. Well the original ending was much darker. Audrey 2 produced rapidly, eventually growing an army of plants who would grow to mammoth size proportions. They unleashed onto an unsuspecting city obliterating it to shreds. The U.S. Army infiltrates the city and a large scale attack is delivered. This final act in the film is insanely awesome. The impressive model-work and practical effects STILL blow my mind today and when you see it, you get pissed off that we weren't given this far better ending in the first place. I can't even imagine how incredible that large-scale city-wide chaos and destruction will look on a huge screen, but I'm certainly going to find out.

Check your local theater listings or go to Cinemark or Fandango for showtimes and theater screenings in your area. 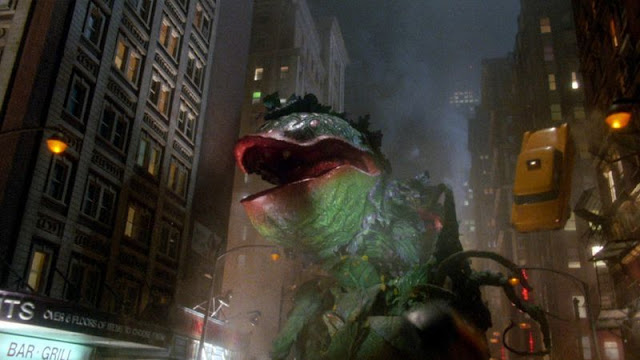 Posted by robotGEEK at 9:26 AM