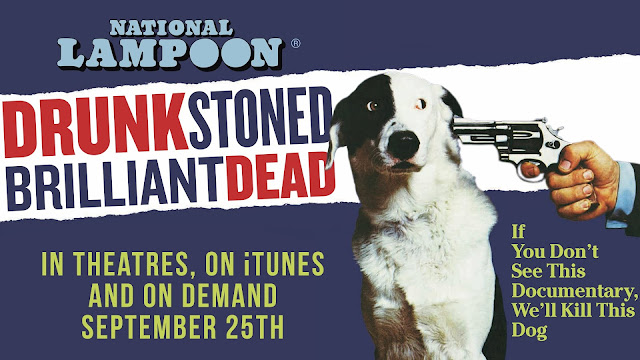 Even though I had noticed that this was recently added to the New Releases on Netflix, it took a friend of mine to convince me to watch it anyway. For some reason, the title alone wasn't enough of an attraction to get me to actually watch it, but I have to say, I'm glad I did. It's really one surprisingly entertaining documentary.

Basically it tells the story of how 2 guys in the 70's created a publication known as National Lampoon using everything in their power to shock you, often through the use of witty lowbrow humor, satire and nudity, which also touched on important topics ranging from politics to war and everything in between. They were audacious to say the least, and it proved to be a wise direction because if you look at the history, they were trendsetters.

One of the things that kind of blew my mind was how brilliant a lot of these contributors were, and how many famous actors, writers, directors and comedians got their start working for them in the late 70's and early 80's. I won't spoil it for you by naming them here, but it was a series of constant surprises for me with each new revelation.

With tons of interviews and vintage footage from those who were there in the beginning and on through their peak and ultimate demise, Drunk Stoned Brilliant Dead is a must watch.