American Ninja 2: The Confrontation is the perfect example of why I love Cannon Films so much. Its like a bunch of grown men got together and began playing army men and ninja's. That's how absurd and ridiculous this film is, and it's fucking amazing.

Somehow I never got to these American Ninja films, even though logically, I should have been all over them. They were films about ninja's, in America, directed by Sam Firstenberg (Ninja III: The Domination, Breakin' 2: Electric Boogaloo), and produced and released by Cannon Films. I mean, it's a no-brainer really. It's like these were tailor made just for me. I grew up on this stuff! Yet, I kind of just bypassed these films altogether somehow. Well, if this film is any indication, I need to rectify that pronto.

I will be honest, I have seen the first one, about a year ago, and it didn't blow me away. It was pretty basic stuff, and didn't really have anything in it that made it stand out. It was entertaining, so I'll give it that, and Dudikoff and James are such a fantastic team, no matter what film they appear in together. But it didn't knock my socks off the way I hoped it would, so I was in no rush to get to this sequel, which I just happen to have on laserdisc, collecting dust on my shelf. It was a random pickup from a local secondhand store that I knew I would eventually get to. And that day finally arrived.

Army Rangers Armstrong (Dudikoff) and Jackson (Steve James) are sent to a Caribbean Island to investigate a series of mysterious disappearances of Marines, only to uncover a plot to turn these missing men into superhuman ninja's.

I wish you could have seen my face while watching this film. I don't know, there's something very special and magical about the entire thing, which is kind of weird since it seems to be of less quality than the first film. Yet, this film is full of a laundry list of wonderful surprises, which I'll get to in a bit. I felt like a kid again, and I could only imagine everyone involved did too. In fact, it almost feels like a bunch of men got together to play kids again, and it's a blast. 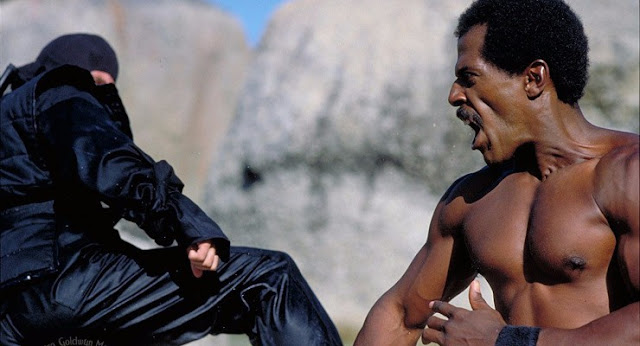 Michael Dudikoff returns to the role that made him famous 2 years earlier. He's been acting since the late 70's, but outside of his turn in Albert Pyun's cult favorite Radioactive Dreams in '85, he really wasn't a household name by this point. That is until the Cannon Films release of American Ninja that same year in 1985 changed all that. He would go one to become one of the most recognizable and busiest Direct-To-Video action stars of the 80's, who would often costar with his good friend Steve James, another busy bit player who would get his big break with this film, but who would never receive the big roles he so richly deserved. I've always considered Steve James to be one of the most underrated badasses to ever work in film, and it's such a shame he never made it big in the way he should have.

This film is so ridiculous, but so terribly entertaining at the same time. It's very much a product of it's time, and time has not been kind to this film, but that's what makes it so enjoyable too. It's cheesy to the highest degree, but it's not on purpose. It's from a time when films were made this way legitimately, without any knowledge of it being silly. And as I watched this film in disbelief, I was constantly struck by how amateur everything looked and felt, especially the fight sequences, which were laughably terrible. I mean, these are some of the worst fights you have ever seen in your life, and these supposed superhuman mutant ninja's are hands-down the worst ninja's who have ever graced the screen. AND IT'S AMAZING!!! 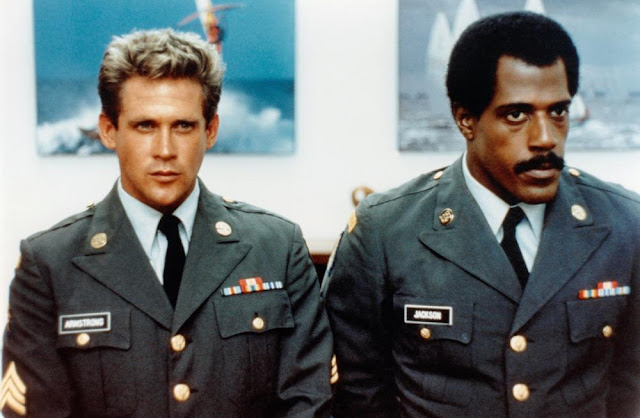 Director Sam Firstenberg really became the go-to guy for low-budget ninja films back in the 80's, and especially for Cannon Films. Beginning with the excellent and highly enjoyable Revenge of the Ninja in 1983, he would go onto do Ninja 3: The Domination (a Bad Movie Night masterpiece) in 1984, American Ninja in '85, Avenging Force in '86 (not a ninja film, I know, but still has a lot of kung fu-ness to it) in '86, this entry in '87 and then going onto American Samurai in '92. Let's not also forget he directed Breakin' 2: Electric Boogaloo for the Cannon cousins in 1984 in the middle of all this ninja craze. While he's never been a stylish director, he's always been able to deliver competent "looking" films, if that makes sense. But surprisingly, I found AJ2 to look and feel extremely rushed. Lots of handheld camerawork, which I loathe, and a lot of inept fight choreography really make this one stand out for reasons that it shouldn't.

Does it sound like I'm complaining? Because I'm not. It's one of the things that make this easily a far superior film compared to the first one in terms of entertainment. Just the story alone is absurd, but the execution takes it so much further than you expect. So much of this film looks and feels like it was made up on the spot, but everyone's having such a grande time doing it, most importantly Steve James, who really delivers the goods in the film's highly enjoyable final act. I won't spoil it for you, but man, I really wish he became a bigger star. He delivers the goods tenfold. 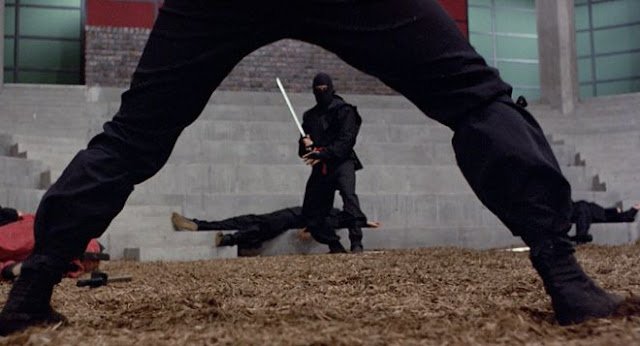 One of the things that surprised me about this, other than it's absurdly fun vibe, is that it's written by Gary Conway, the guy who plays the villain known as The Lion. He was a steady actor in television before this, and somehow decided to write this film and play it's main bad guy. He would also go onto write the sequel American Ninja 3: Blood Hunt in '89. Oh, and he came up with the story to Over The Top too. In a strange twist, he wouldn't do anything else except for writing/directing/starring in something called Woman's Story in 2000 that I can't seem to find any info on before dropping out of sight entirely.

I really can't praise this film enough, or my enjoyment of it. It's the perfect example of why Cannon Films were so good at what they did back in the 80's, and why their legacy continues to hold strong today. It's cheap, fast, sometimes sleazy low-budget fun that always managed to deliver the goods in a way that so few films or studio's were able to. Just look at their track record. Sure there are some duds - which studio or director doesn't have those? - but look at the sheer output they put out, the amount of genuine raw love for the genre and for films in general. Of course they bit off more than they could chew, which would ultimately be their downfall, but man what a crazy fun and wild ride it was. 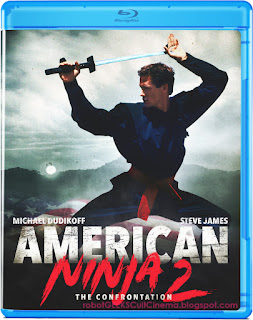 At this point, it's not hard at all to get your hands on this from any number of sources. It's been relentlessly released and re-released numerous times on VHS, Laserdisc, DVD and now Blu ray. This particular entry is easily available on several compilation DVD packs, or as a solo DVD for just a few bucks. If you want to get an upgrade, Olive Films recently released all 4 films on both DVD and Blu ray, if you're into that format. The picture quality is a big improvement over previous releases, and it's in widescreen with some bonus features like commentary and a "making of". You can find these from virtually any online retailer like eBay, Amazon, Target, Walmart, Best Buy and Deep Discount for around $15-$20 on the low end. Personally, I don't feel it's the kind of film I must have on Blu ray. Seeing a much more cleaner image isn't really all that necessary for this kind of film, or this film in particular. It's not visually impressive, and honestly, the dead format "look" really gives it a bit of extra spice in my humble opinion. All that is to say is that I'm fine with my old Laserdisc. But I do understand that most people like collecting Blu's and upgrading their existing collection. So luckily for them, Olive Films did a decent service to the film and you can get it fairly cheap.
Posted by robotGEEK at 10:48 AM