John Carpenter Classics Coming to Blu-Ray: In The Mouth of Madness, Memoirs of an Invisible Man and Someone's Watching Me!

This is a few days old by now, but just in case you missed it, Scream Factory (Shout! Factory's horror off-shoot) just announced a few John Carpenter classics getting the Blu-Ray treatment for the very first time in the U.S.

This is incredible news for a lot of people, because these tend to be shockingly overlooked gems from Carpenter's filmography, especially In The Mouth of Madness, which is the one most people are excited about, and they should be. It's just great. A true WTF? bizarre Carpenter masterpiece that holds the distinction of being one of his last "great" films.

I can't say I've ever seen Someone's Watching Me!, but I'm always down for a good thriller and this one looks to fit that bill. Even better that it's a JC film both written and directed by the master. This was his first film after his breakout hit Halloween, and his first TV Movie gig, which he would follow up with another TV Movie, Elvis.

As great as this news is, and as excited as people are for In The Mouth of Madness, I have to say the one I personally am the most excited about is Memoirs of an Invisible Man, a vastly underrated thriller that never quite found it's audience, despite the fact that it's an excellent thriller/drama/love story all around, full of incredible effects and a solid performance from Chevy Chase, here breaking far away from his usual comedy. And I know it was the casting of Chase that was this film's ultimate downfall. I remember. People automatically assumed it was a comedy because of his casting, and it truly is not. Quite the opposite. It's a great thriller that keeps you on the edge of your seat, full of great visuals, tension, thrills and a better than you'd expect turn from Chase in a serious role. I can't wait to see this on Blu, in HD for the first time. Of all these new releases, this will be the one I'll grab first.

Here's the announcement and spec's via Scream Factory:


A wave of more John Carpenter films comes crashing into Scream Factory on July 24th! Two make their blu-ray debuts and another highly-requested one receives a serious upgrade. Extras will be announced at a later date but here are the details we have at this time... 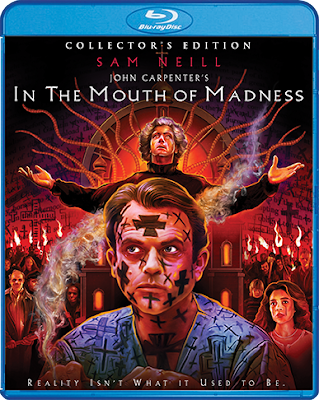 Sutter Cane (Jürgen Prochnow, Dune, The Seventh Sign) is the best-selling author whose newest novel is literally driving readers insane. When he inexplicably vanishes, his publisher (Charlton Heston, Soylent Green, Planet Of The Apes) sends special investigator John Trent (Sam Neill, Daybreakers, Dead Calm) to track him down. Drawn to a town that exists only in Cane's books, Trent crosses the barrier between fact and fiction and enters a terrifying world from which there is no escape. Inspired by the tales of H.P. Lovecraft, this shocking story is, in the words of its acclaimed director, "horror beyond description!"
• This will be branded as a “Collector’s Edition” that will come with a slipcover (guaranteed for three months after its original release date). U.S. and Canada territories (Region A).
• The newly-commissioned artwork pictured comes to us from Joel Robinson (Firestarter, Rabid, Species, Drag Me to Hell). This art will be front-facing and the reverse side of the wrap will the original theatrical poster.
• Extras and specs are still in progress and will be announced at a later date. However, we can confirm today that we will be doing a brand-new film transfer!
Pre-order now for early shipping directly from us @ https://www.shoutfactory.com/…/in-the-mouth-of-madness-coll… Plus, you will also receive an 18' x 24" rolled poster of the newly-commissioned art. The posters are made at a limited quantity so act fast. 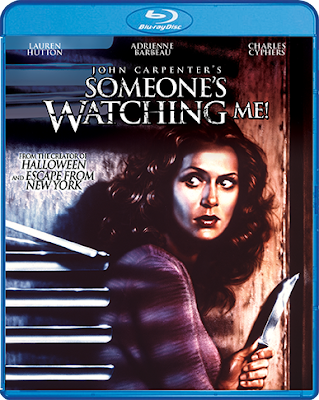 Los Angeles newcomer Leigh Michaels (Lauren Hutton) moves into a chic high-rise apartment building. She loves the view. So does the Peeping Tom who lives somewhere in the adjacent tower. For Leigh, it's the beginning of terrors that escalate from anonymous calls and gifts to lights that mysteriously flicker to prove that someone watches every moment of her life. Leigh fights back, matching her tormentor's obsession with her own relentless drive to uncover his identity. The prey is now predator – and that escalates the stalker's game to a deadly new level. Someone is watching. Also starring Adrienne Barbeau
and Charles Cyphers.
Pre-order now for early shipping directly from us @ https://www.shoutfactory.com/product/someone-s-watching-me… 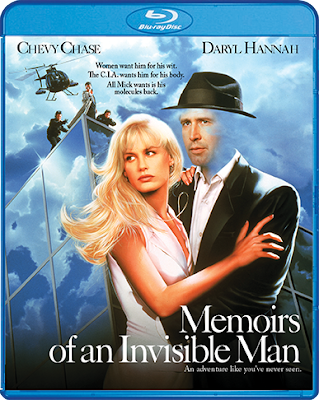 The laughs and visual effects are out of sight when Chevy Chase headlines Memoirs of an Invisible Man. Invisibility makes it easier to spy on agents (particularly chief adversary Sam Neill) who've put him in his predicament. And he can romance a lovely documentary producer (Daryl Hannah) in a way she's never "seen" before. John Carpenter directs and Industrial Light and Magic create eye-opening effects as Nick embarks on his manic quest. Seeing is believing!
Pre-order now for early shipping directly from us @https://www.shoutfactory.com/p…/memoirs-of-an-invisible-man…


There you have it. As you can see, no real info "yet" on the extra's, which Shout! and Scream have been really great at making the extra's the best parts of these new releases, so you can bet we'll be getting some good news on that in the coming months. Stay tuned!