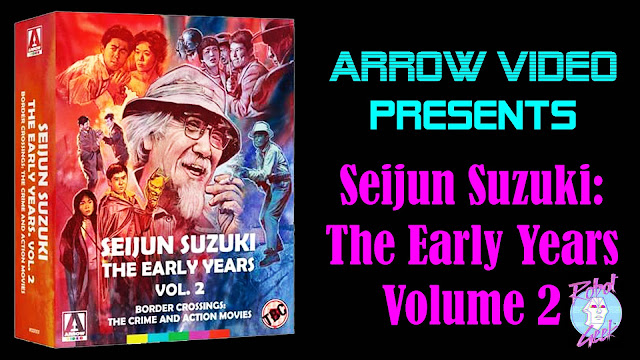 New to Blu-Ray this week is the second volume of Arrow Video's Seijun Suzuki: The Early Years. This 4-Disc set includes 5 of Suzuki's hard-to-find gritty cult classics between 1957-1961, all sporting impressive new 1080p HD transfers for the first time. For Seijun Suzuki fans, this is huge news as these films have never gotten an official release outside of it's native Japan. Let's dig in:

BOUNDARY-BREAKING EARLY CRIME THRILLERS, MOB DRAMAS AND ACTION MOVIES FROM LEGENDARY CULT DIRECTOR SEIJUN SUZUKI Includes:
Eight Hours of Terror (1957)
The Sleeping Beast Within (1960)
Smashing the 0-Line (1960)
Tokyo Knights (1961)
The Man with a Shotgun (1961). Available for home-viewing for the very first time ever outside of Japan, this collection of bleak crime thrillers, brash mob dramas and exuberant action movies, made across the first five years of Seijun Suzuki’s career within Nikkatsu’s Borderless Action (mukokuseki akushon) line, presents a heady mix that laid the ground for what was to come. The Sleeping Beast Within (1960) is a gripping crime thriller that sees a newspaper reporter’s search for his girlfriend’s missing father lead him into heart of the criminal underworld of Yokohama’s Chinatown. Its companion piece, Smashing the 0-Line (1960), follows two reporters’ descent into a scabrous demimonde of drug and human trafficking. In Eight Hours of Terror (1957), a bus making its precarious way across a winding mountain road picks up some unwelcome passengers. In Tokyo Knights (1961), a college student takes over the family business in the field of organised crime, while The Man with A Shotgun (1961) marks Suzuki’s first entry into the territory of the “borderless” Japanese Western. 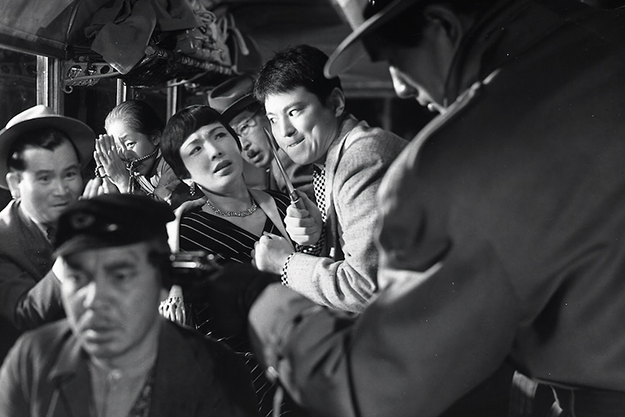 Much like Arrow's release of Volume 1, they've done it again with another knockout release. The stellar packaging is only outdone by their impeccable restoration of each film, brought to exquisite life in 1080p HD. You've never seen Suzuki's film look better......ever. If you loved Volume 1, then you're sure to love Volume 2 just as much, if not more.

Personally I can't speak highly enough about the new transfers. They're simply stunning. STUNNING!!! The limited amount of extra's, as per usual with such old films, are still highly enjoyable to dig through, with the old trailers being an absolute blast to see, some of which I've seen now for the very first time.

Seijun Suzuki: The Early Years Volume 2 was released via Arrow Video this past week, April 16, 2018. You can purchase it directly from Arrow HERE, or from any of your favorite online retailers.