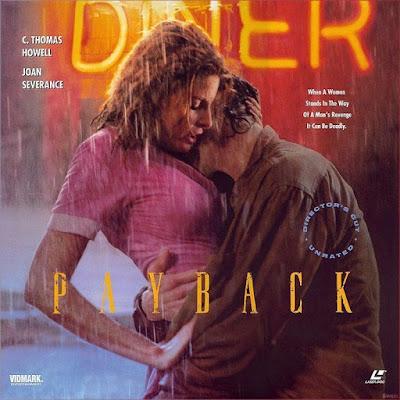 Having always been a big fan of writer/director Anthony Hickox's (Waxwork, Full Eclipse, Warlock II) early work, I've always wanted to see this one, but always found it hard to track down a tape at a decent price. Much like a lot of films I adore from this period, this is another one that never got an official DVD release in the U.S., having only been released on VHS as far as I know. If a Laserdisc release was also done, I've never come across it. So I would randomly scour eBay for years until I finally found a VHS for a decent price, and that day finally came so here we are.

Released in 1995, after a string of successes that included Warlock II, Hellraiser III and the insanely awesome Full Eclipse, Payback see's him sticking to his strong visual palate that I love so much. He's a director that takes just as much care in the visual camerawork as he does with the material. In some cases, his impressive camerawork elevates mediocre material and that's exactly what's going on here. A pretty standard by the numbers revenge tale is brought to life with some impressive visuals that reminded me why I love his particular style of directing.

C. Thomas Howell (The Hitcher) plays Oscar, a convict who decides to exact revenge on the sadistic prison guard (Marshal Bell) who killed his friend behind bars once he's released. Before his death, his friend tells him of a secret stash of money hidden in a cemetery. It just so happens that this secret stash is also close to where this sadistic prison guard has retired to, now blind after an accident and running a cafe in a small town with his gorgeous wife Rose (Joan Severance). Oscar decides to use the opportunity that he's blind to acquire work at the cafe and ultimately falls for Rose. But there is more at play here than meets the eye, and soon enough the layers of deceit begin to unravel. 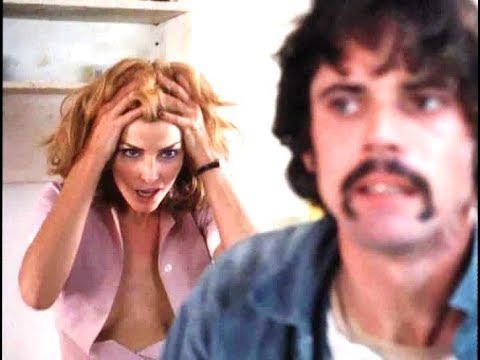 For a film this small, it's impressively shot. I mean, it's a really great looking film all around and I really hope someday I can see it in widescreen. The cast is pretty topnotch, with Marshal Bell again delivering another memorable bad guy in the form of a sadistic prison guard who's now blind. Joan Severance has never looked sexier and the constant teases until the eventual sex scenes will drive you crazy in a good way. The sex scenes do not disappoint either.

Payback is a film that plays it pretty straightforward for the most part, a tale of revenge, but things aren't always as they seem in this one, which was a nice surprise. Kudos to them for taking an unconventional route to spice things up. While there's nothing shockingly special about this one, it's pretty damn good in the low-budget thriller genre with some impressive camera work, exceptional performances and a plot that takes things to the next level make this a highly enjoyable experience overall. Too bad it's kind of hard to track down for a decent price.
Posted by robotGEEK at 8:44 AM