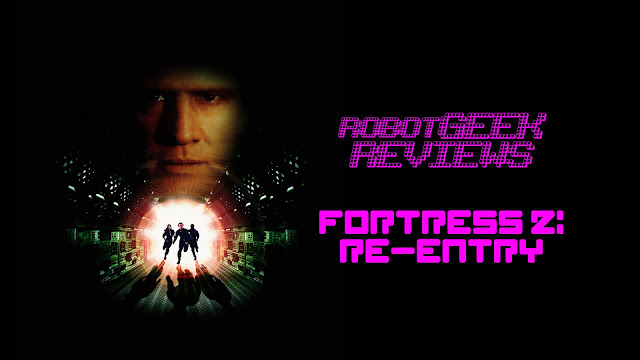 I can honestly say that I never gave the idea of watching this sequel a second thought. That is until I discovered that it was directed by Geoff Murphy, a highly underrated director that I admire greatly, who's delivered some excellent classics such as The Quiet Earth, Freejack, Young Guns II and Under Siege 2. While I'd always loved (and still do) the first one directed by Stuart Gordon, nothing really compelled me to actively seek this out until now. So let's dig in.

Released 8 years after the cult classic original, Fortress 2 once again finds our protagonist John Henry Brennick (Christopher Lambert), being incarcerated after many years on the run with his wife and daughter. This time the highly sophisticated and advanced prison is aboard a satellite in space, leaving virtually no chance for escape. But of course, if there's anything Brennick is good at, it's escaping from prison to reunite with his wife and daughter. And once again, the prison is under the control of a seedy prison warden with his own agenda. 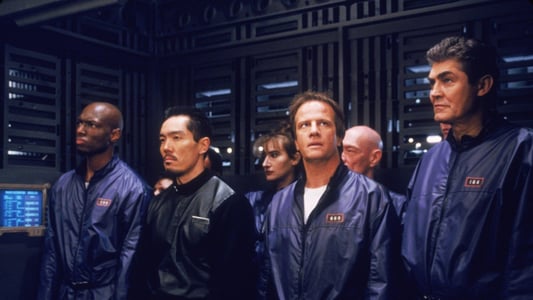 I'm not gonna lie. I had high hopes going into this one. Not only is it a sequel to a pretty great low-budget classic, but the fact that Murphy was behind the directors chair had me excited. But this was a  bit after his steady stream of quality output, and while Fortress 2 isn't terrible, it isn't all that great either. 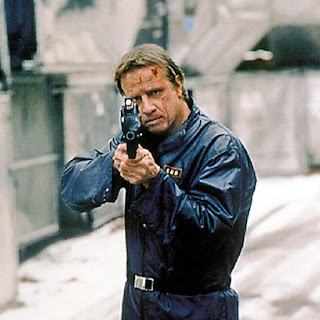 I'm sure shooting inside a prison is hard. You don't have much leeway in terms of where to set up your shots and whatnot, so from a visual standpoint, I can't give him much flack. I'm sure his hands were tied to a degree. Still, Murphy is able to pull off some impressive shots here and there, so it's not a total loss. It just never really gets above average in the entertainment department, and Geoff Murphy, being confined in such a tight small setting, is unable to make the film look interesting, which really goes a long way with films like this, because even if it's not all that entertaining, if it at least packs a visual punch, then that's something. But sadly, not even Murphy's oftentimes impressive camerawork can add much value to this experience.

I'm not saying it's bad, because it's not. In fact, if you can look past my personal issues I've just listed, it's a pretty enjoyable, if albeit standard low-budget sci-fi flick. On the plus side, I was pretty impressed with the effects work, especially in the moments when they're floating in space in space suits. Sure it wasn't believable in the least, forgetting the lack of gravity in several scenes, but it was still awesome.

Not one of Geoff Murphy's best, but it's not a bad film either. In fact, as far as low-budget sequels go, it's pretty damn good. If you enjoy the first one, it's definitely worth your time to dig into this one. Overall it's pretty much the same story, just told in a slightly different environment. It won't win over any new fans, but it's a decent addition to the franchise.