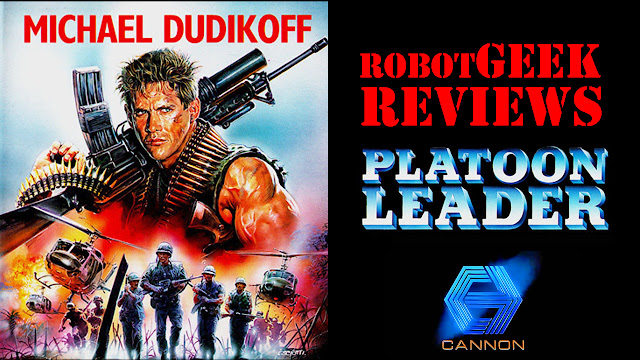 Another 'Namsploitation win for Cannon

As big a fan as I am of all things Cannon Films, I never quite got into their 'Namsploitation flicks; not even the Chuck Norris starring Missing in Action flicks, which I only barely started watching for the very first time. Somehow they just never appealed to me before. But as I dig deep into the Cannon filmography of films I never got around to before (I was all about Cobra, Invasion USA, Masters of the Universe and The Delta Force growing up), largely with the help of Hulu Plus, which recently began throwing a number of Cannon classics on their streaming site. So I decided what better time than now? Let's dig in.

I'm surprised that this never gets mentioned as one of the better films in the Cannon roster, which is probably why I never got around to watching it until now. The fact that it starred the American Ninja himself wasn't enough to persuade me either. But here I am, finally getting down to business on this one and I gotta say, it was pretty badass and not at all the dull, tired mess I was expecting. So let's dig in.

When a young fresh out of graduation Lieutenant (Michael Dudikoff) is sent to take command of a post in Vietnam, his take charge approach is met with scrutiny and cinicism by those under his command. When it comes time to engage in battle, they soon discover what he's really made of. 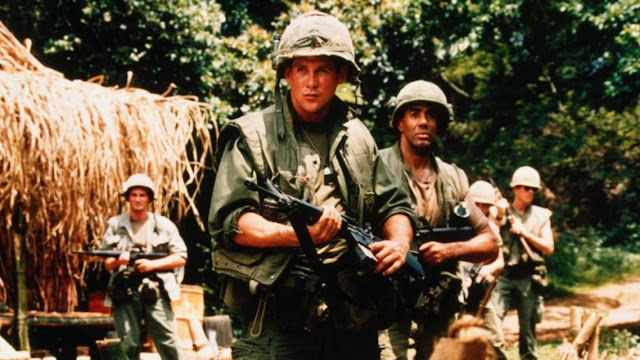 Based on the book by James R. McDonough, the film plays on familiar themes associated within the 'Namsploitation genre. And I have to admit, the first half was nothing if not stale and typical. So I was a bit underwhelmed and reserved.......initially. I'm glad I stuck it through though, because the film only got better and more intense as it moved along, with the second half kicking some serious "Exploding Huts" ass with a number of impressively staged and executed battle sequences that was sure to make Cannon proud. And I'm being totally serious here. The battle sequences, especially the nighttime sneak attack, easily goes toe-to-toe with any big budget film. And you can quote me on that!

Dudikoff does an excellent job as the freshly minted Lieutenant who can't seem to earn the respect of his men, who feel he's far too young to command an army and a little wet behind the ears. Ultimately, despite a few initial setbacks and embarrassment, he proves his worth and ability to lead and their respect.

Dudikoff was riding high atop the Cannon wave during this time, having released the cult classics American Ninja 2: The Confrontation (The best in the series!) the year before, and followed this up with River of Death in '89. He really was Cannon's hot new action poster boy back in the 80's, and would continue to work frequently, with a quiet 11 year hiatus/break from 2002-2013, before heading back into TV and film where he continues to work today.

While the film didn't have the benefit of a killer bit of casting like Steve James in P.O.W.: The Escape, the ensemble cast her is still good, with the standout being Robert F. Lyons, whom I loved recently in the excellent low-budget Commando ripoff American Eagle, here as the Sargent under Lt. Knight (Dudikoff). Why is he not more well known? He has such a commanding presence and he's just so damn good. I can't be the only one who thinks this. Right? 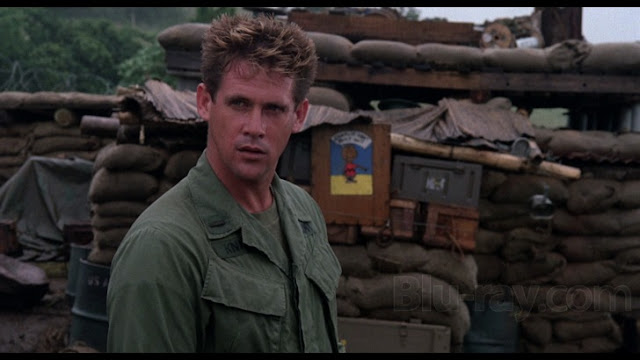 Chuck Norris' brother Arron Norris directed this the same year he directed Missing in Action III (his directorial debut), and I have to say, while I've never been a fan of his work behind the camera in general, he surprisingly does an outstanding job here. I was mightily impressed and if anything, it makes me finally want to dig into Missing in Action III for the very first time. Fun Fact: This is the only film he directed that didn't star his brother.

All in all it's a fairly by-the-numbers routine that doesn't bring anything new to the genre, but does it in such a remarkably professional way that you just can't help but enjoy the hell out of it if you're into these types of films. As far as 'Namsploitation goes, this is a severely overlooked gem and one absolutely worth seeking out. 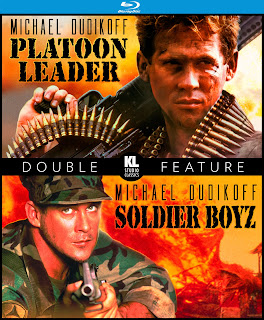 Platoon Leader is available on VHS, Laserdisc and DVD fairly cheap. If you're all about streaming, you can rent it in HD on Amazon and it's also currently streaming in HD on Hulu Plus, which is where I saw it, with Hulu bringing in more and more Cannon titles every month.

Kino Lorber recently released this as part of a 2-Pk along with another Dudikoff war film Soldier Boyz (which I have not seen yet) in December of this past year for roughly about $20. As far as I'm aware, this new Blu Ray release from Kino would be the only way to see it in widescreen.

Posted by robotGEEK at 1:39 PM