Retro Rewind: The Making of LIFEFORCE (1985) 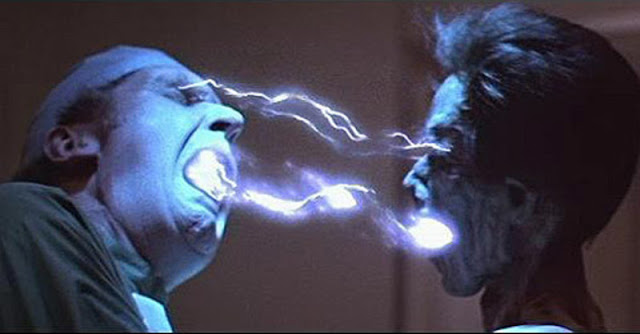 Tobe Hoopers Lifeforce is the very definition of a cult classic. Produced and released by Cannon Films in their heyday, it was part of a 3-Picture-Deal between Cannon and director Tobe Hooper, an almost unheard of contract for directors, especially in the 80's. But Cannon was different. They were about hitting Hollywood fast and hard with an insane amount of talent and, at the time, money was no object. And we all know the deal by now. Cannon just couldn't keep up that type of business with the amount of money they were spending and as they got closer into the 90's, they were done.

The first of this 3-Picture-Deal with Cannon was Lifeforce, a horror/sci-fi/vampire/thriller hybrid based on the novel The Space Vampires by Colin Wilson. Thematically, it's the first and only "naked vampires in space" film ever made, and with a pricetag of 25 million (a huge sum in 1985), it was also the most expensive film Cannon would ever produce. Ultimately it's total domestic gross would be 11 million, making it a box office bomb for both Hooper and the ill-fated Cannon Films, but that didn't stop them from turning out more films than any other studio at the time and Hooper continued to complete his deal with them by following this up with Invaders From Mars and The Texas Chainsaw Massacre 2, both in 1986. 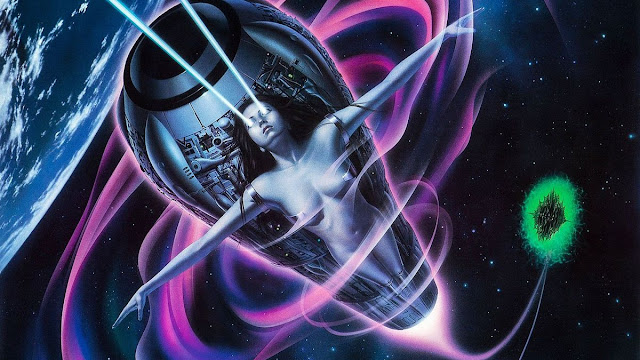 Despite Lifeforce not becoming the box office blockbuster they all hoped for initially, it's certainly grown a rather large cult following since it's release 33 years ago. In fact, when you watch it now, you just can't help bu marvel at it's grande design. Hands-down one of the biggest sci-fi epics to come out of the 80's, it's odd mix of vampire lore, space aliens, end of the world disaster and zombie's make it easily one of the most unique films ever made. It's about as epic as epic can get in the sci-fi/horror genre and Hooper gives some of his best work in his entire career in here. In fact, while most would probably disagree, I'd have to say this and Invaders From Mars would have to be my two favorite Tobe Hooper films.

Another added treasure is Mathilda May (then an unknown 19 year old from France), who plays the lead Space Vampire. She spends most of her limited screen time (only 7 minutes total) completely nude and has got to be one of the most beautiful women on the entire planet. So there's that.

If it's been a while, I urge you to revisit this gem of a film and hopefully you'll see that time has been extremely kind to this, giving us an excellent example of old school filmmaking and practical effects work at it's best. In the meantime, here's fun half hour behind-the-scenes "Making Of" documentary directed and produced by Drew Cummings for the "Making Of..." television series that ran from 1983-1991. ENJOY!!

* unfortunately the YouTube video won't allow me to embed it here, so you'll have to follow either of the two links below. But trust me, it's a great watch.

Posted by robotGEEK at 2:09 PM