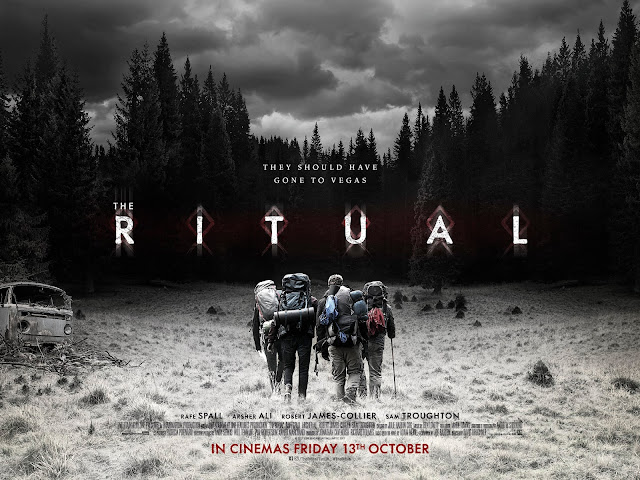 A Folk Horror tale that manages to deliver the horror goods in a conventional, yet refreshingly unexpected way

I went into this one fairly cold. The only thing I knew about it was that it was a Folk Horror film, and that's it. I knew nothing about it's production, or what the film was even about. The reason I even knew of it's existence at all was because Folk Horror is my wife's absolutely favorite genre of film, and this is a film that has been on the radar of that specific community for a long time, namely because there just isn't a whole lot of Folk Horror out there to begin with, so when a new one is being made or about to be released, it's a big deal in that community. For them, the Netflix premiere date just couldn't get here soon enough.

Based on the book by Adam Nevill, The Ritual tells the tale of a group of college friends who, instead of going on a trip to Las Vegas, choose (some reluctantly) to go on a a camping trip through the woods of Sweden in honor of their friend who recently died in a horrific crime. Once they reach their destination, they soon discover they're not alone, and being hunted one by one by someone or something evil and unseen.

To be honest, the film doesn't offer anything new in the "hikers go missing in the woods" genre, but it's in the films solid cast, it's excellent cinematography, and an ending that was satisfying in a way that most of these type of films fail to deliver on that makes it worth watching. The group of friends, highly annoying and making every wrong decision in the book, are what you'd expect for a group of clueless hikers in a situation like this. But what the film lacks in character depth, it more than makes up for in tension and stunning visuals, all leading to a finale that, unlike most films of this type, actually takes the care and time to produce an ending that not only answers your questions, but delivers the goods in a big way that I was not expecting. I won't ruin it for you here in case you haven't seen it, but rest assured, the payoff is surprisingly fulfilling in a big way.

One of the things I found rather refreshing is that director David Bruckner (Southbound, The Signal), handles the visuals like a pro, never once relying on lazy handheld camerawork that's so common in this genre. Moreover, I'm equally happy that it wasn't yet another Found Footage film, which I've felt has run it's course to the point that they now result in a roll of the eyes rather than genuine excitement. I still can't believe Blair Witch went that route - I expected more from Adam Wingard.

Here, director Bruckner, along with cinematographer Andrew Shulkind, offers up some outstanding visual eye candy that puts most new horror films to shame. Considering this was a Netflix production (Netflix purchased it after it's UK release), that's quite an accomplishment. And all of this comes to a head in the climax, that made brilliant use of some old fashioned movie magic. 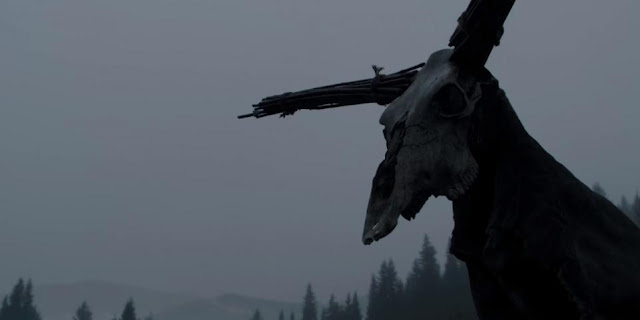 Produced by Andy Serkis, The Ritual made it's UK premiere in October of last year, but is now available to stream on Netflix. If you like dark moody horror, you're sure to dig this one.

If you would like me to review a film or Blu-Ray release, please feel free to contact me at jasonisageek@yahoo.com