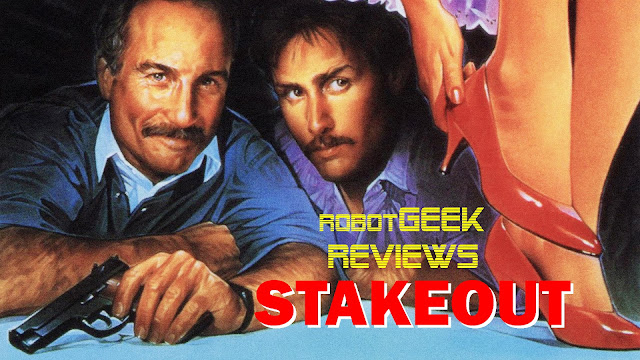 The writer of Rush Hour and the director of Blue Thunder and WarGames try too hard to make it funny, when it really didn't need to be

This is a film that's been on my radar for as long as I can remember, and the only reason I never actually watched it until now was because I just wasn't a fan of director John Badham...until now. Growing up, I always felt his visual style was just too stale and dull. I remember watching films like Short Circuit and Point of No Return and just not digging the "look" of his films at all. And because of that, I pretty much avoided any film with his name on it. You see, I'm a visual person. I need to be visually stimulated to enjoy a film, no matter how good or bad it is. It's usually the visuals that I most likely walk away from remembering the most.

But as I get older, my tastes tend to change and I can look back at films I didn't enjoy before with older, wiser eyes. Or I can appreciate what the film was doing despite it's lack of visual stimulation. Case in point - Blue Thunder. While it annoyed me to no end that Badham shot that nearly entirely with handheld camera's, I found it to be quite frankly one of the best thrillers ever made, in any decade. And quite an exhilerating one too. When I was expecting an action film about a top secret copter going after bad guys, instead turned out to be a "man on the run and out to clear his name" thriller with some intense moments and outstanding performances from an incredible cast. Seriously, I kick myself for waiting so long to get to that one. And it's because of my Blue Thunder experience that I decided to finally dig into his filmography a bit more, and I quickly learned that while some films are just okay, others are quite great and visually impressive, such as WarGames and Dracula (1979). 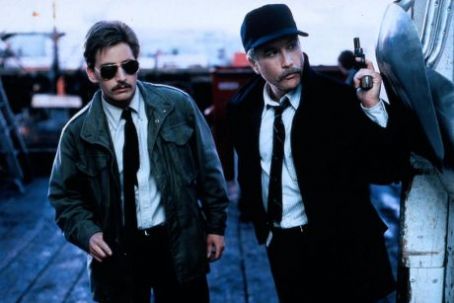 Which brings me to Stakeout, a cop/buddy action/comedy released the same year as another, more successful film in this genre, Lethal Weapon, that did well enough to warrant a sequel 6 years later with most of the original cast and production team returning, including director John Badham. I figured if it produced a sequel, maybe it's better than I was thinking? So let's dig in.

There were things I liked about Stakeout, and there were things I didn't like about it. For starters, it tries too hard to be funny and instead of inducing laughs, I found myself cringing because it just didn't work and felt forced more than anything.

I also found the pairing of Richard Dreyfuss and Emilio Estevez.....odd. Estevez is fine as per usual, but Dreyfuss just seems totally out of place in this type of film and while I can admit that he actually looked good and probably the most "in shape" I've ever seen him, he comes off a bit creepy as he stalks a gorgeous Madeleine Stowe, whom he's supposed to "staking out" for his undercover job because her former lover, a convicted murderer, is on the run and they feel he would eventually reach out to her. It could be because of the fact that Dreyfuss is much older than Stowe, or that his attempts at trying to win her over instead seem rather unintentionally creepy than endearing. Either way, it just doesn't work and gives you an uncomfortable feeling. 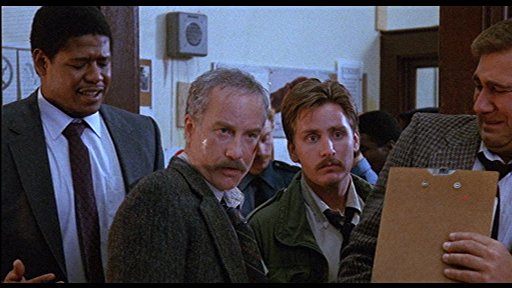 On the plus side, the film nixes the comedy halfway through and it pretty much becomes an action/thriller from the middle on, which, as it turns out, makes for a much better film overall. Seriously, the second half is pretty much what I wish the entire film had been to begin with and combined with Badham's solid direction, the film ultimately becomes decently entertaining. Too bad it had a rough start.

If you can make through the awkwardly unfunny first half, you'll be handsomely rewarded by the second half. Madeleine Stowe is just absolutely gorgeous as the damsel in distress, with a heart of gold and a feisty spirit, while the rest of the cast deliver the goods efficiently. Not one of my favorite cop/buddy films, but it was decent enough. Writer Jim Kouf, director John Badham and its two main leads would all return for the sequel, Another Stakeout, 6 years later.....sans the mustaches.