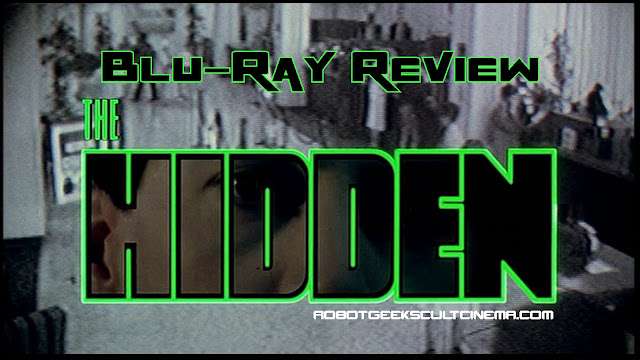 The Hidden is the very definition of a Cult Classic. Released in 1987, it's one of those films you saw either late at night on cable, or forever on your local video store shelves. Equal parts action, horror, thriller and science fiction, it's one of those films that was made at just the right time, with all the right incredible talent to deliver one of the most memorable under-the-radar classics that we all love so much.

The Hidden has always been one of my favorite films. It's one of those I revisit often, because no matter how many times I've seen it, it never gets old. It takes the material seriously, and in doing so offers up ample amounts of straight-edged action and thrills with horror, thriller and sci-fi overtones. Right from it's kickass opening credits sequence (honestly one of the best opening credit sequences ever put to film), you realize you're in for something truly special, and it never lets you down. The film plays it smart by giving you great characters and solid entertainment without having to cheapen itself with humor or sex. 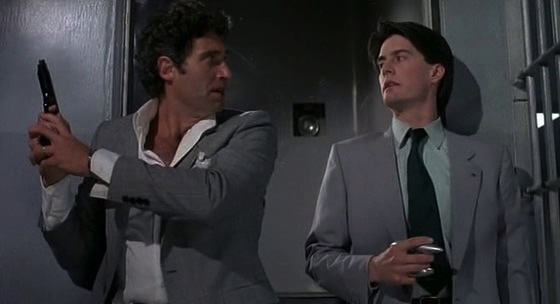 Directed by Jack Sholder, who's previous film was A Nightmare on Elm St. 2: Freddy's Revenge, and written by Stakeout, Another Stakeout, Rush Hour and National Treasure scribe Jim Kouf, The Hidden boasts a killer cast led by a very young Kyle MacLachlan, fresh off his one-two David Lynch punch with Dune and Blue Velvet, here turning in a performance eerily similar to what he would do with his now iconic Dale Cooper role just 3 years later. Claudia Christian (Maniac Cop 2, Babylon 5) has never been hotter (you'll see what I mean), and Michael Nouri turns in a solid performance as the grumpy cynical local cop that MacLachlan's agent Gallagher is teamed up with to track down a killer. You'll even spot a pre-famous Danny Trejo as a jail inmate (what else?!).

Seriously one of the best under-the-radar classics that never got the respect it deserved initially, it's since grown considerably as one of the best films in this genre. If you've never seen it, I urge you to remedy that immediately. If you have seen it, but haven't in a while, then you're going to want to grab Warner Archive's brand new HD Remaster on Blu-Ray. Let's dig in. 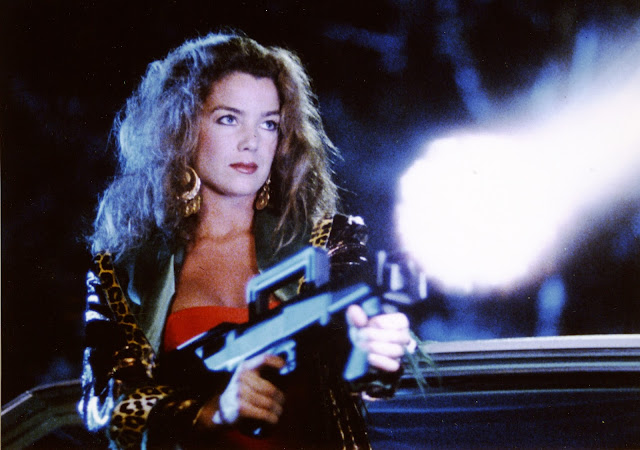 Warner Archive has been doing some great things lately releasing forgotten gems and cult classics out on Blu-Ray, and some in their proper aspect ratio for the very first time. Their recent Blu-Ray release of the John Landis classic Innocent Blood is an excellent example of that. Yet, I have a love/hate relationship with Warner Archive. I love that they're finally releasing these classics out on Blu for the first time, but I hate that no other supplemental material is ever included, usually just the film itself. In some cases they'll just port over Special Features from the previous DVD release instead of spending the time and money to do new interviews or dig up old content. It's a shame really, because that is a huge part of why we buy these new Blu Ray's to begin with. Companies like Shout! Factory and Kino Lorber have been doing stellar work in including brand new features to dig through and makes the oftentimes high price point worth the investment. The same cannot be said about Warner's new releases, so you must really love the movie to spend around $25 or more for a new Blu Ray without any Special Features, because all you're likely to get is a good transfer, and that's it. But sometimes that's enough if it's a movie that hadn't gotten a decent release until now. 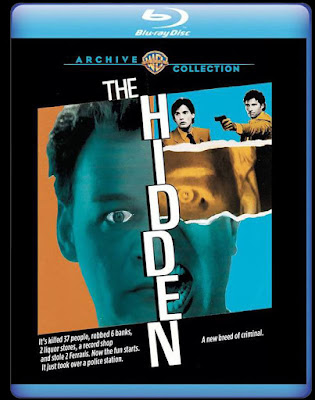 On a technical level, the new HD transfer is incredible; the best I've ever seen for this film and the because of this new transfer, I was able to see something I hadn't noticed before - that the film uses a whole lot of the color green, quite splendidly I must add. As far as tranfers go, it's stunning.

I'm also glad they chose to stick to the original poster art rather than try and come up with something new, which rarely ever tends to be better than the original. So kudo's to Warner Archive for sticking to the classic artwork for this one. 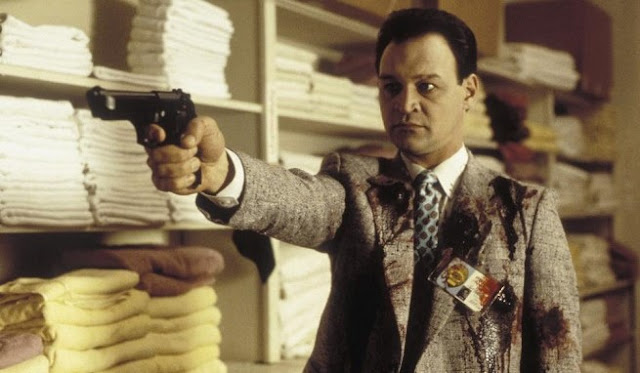 As I mentioned before, all of the extra's were pulled from a previous DVD release, so there's sadly nothing new, but what you do get is an exquisite new transfer of an excellent and visually stimulating film. It's a Must-Buy. No question.

The Hidden was released this past September and is available everywhere you purchase your Blu-Ray's online, and is a definite "Must" for your collection if you love cult cinema. Director Jack Sholder has stated that of all the films he's ever directed, this is his favorite and his best. I would have to agree.

Posted by robotGEEK at 9:15 AM