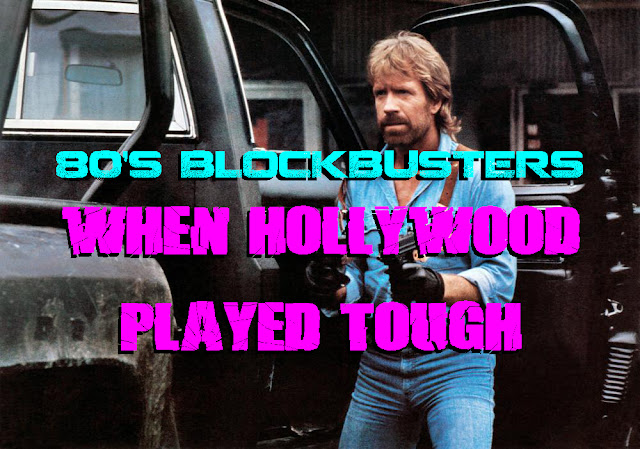 "Love 80's action films? Then you'll want to see this"

I was turned onto this documentary (seemingly tailor made for me) through a good friend of mine, Jeremie Damoiseau, author of the Dolph Lundgren book "The Punisher: The Untold Story", the definitive book on the making of that cult classic, which has already been released in French, with an English expanded edition coming soon. Jeremie also runs Dolph Lundgren's official website and is pretty much the expert on all things Dolph Lundgren related. A few weeks ago he mentioned this new documentary because Dolph not only makes an appearance through many various clips of some of his classic films, but was also kind enough to sit down with the documentary team for a new interview, where he discusses some of his experiences making a few of those classics, most importantly his breakout role in Rocky IV. So a big thanks needs to go out to Jeremie for the heads up on this one. Otherwise, I might never have known about it.

"Who has never watched Rocky or Terminator? In the '80s and early '90s, action films were big hits, and we all remember famous scenes and lines. Industry players and expers, speak of the golden age of the genre, by highlighting the socio-political context it was thriving in. Like it or not, these "so bad it's good" movies have marked the history of cinema!"

Released in 2017, 80's Blockbusters is a feature length French documentary that digs deep into the world of 80's and 90's action films; the big loud expensive Hollywood films that made names out of stars such as Arnold, Sly, Dolph, Chuck, Seagal, Van Damme and Charles. Through clips, as well as old and new interviews, we take a trip down memory lane when action films kicked our asses, and despite some that ended up box office bombs, have gone on to cult status infamy.

Being an action fan my entire life (thanks dad!), I was stoked to learn there was a new documentary that touched on my favorite genre. I never really need an excuse to revisit some of these classics, most of which are some of my favorite films of all time, so I must admit that despite the fact that it didn't really touch on a lot of films I would have liked, or some of the relevant topics, it was a really fun time and totally worth the rental fee. 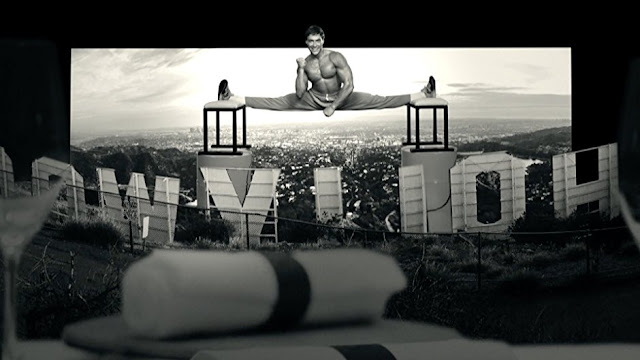 Since it is French, some subtitles are involved, but it's not very often. You can rent 80's Blockbusters on Amazon HERE for free if you have Prime, or you can rent it for a cheap $2.99.

Trailer - 80'S BLOCKBUSTERS - When Hollywood played tough from LUCKY YOU on Vimeo.
Posted by robotGEEK at 2:33 PM