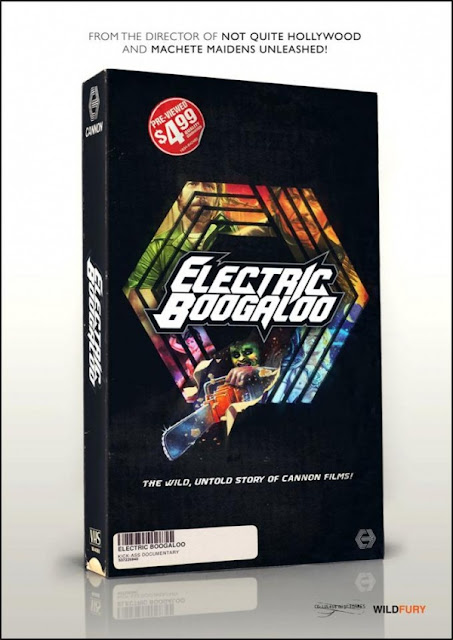 So this is probably the coolest news I've heard all week. Well, next to Giorgio Moroder's Metropolis hitting DVD and Blu-ray this past Tuesday anyway, which by the way neither Walmart nor Target are carrying in there stores which doesn't make any sense to me whatsoever! But anway.........
Mark Hartley, the guy who gave us the awesome documentaries Not Quite Hollywood and Machete Maiden's Unleashed is now working on a new documentary centering around the films of the producing cousins of Golan and Globus who formed Cannon Films. That is really exciting news because they put out a really wide range of films in all genre's back in the 80's like The Texas Chainsaw Massacre 2, Masters of the Universe, Invasion U.S.A. and of course the Electric Boogaloo films just to name a few. It's fair to say they were a big part of my 80's viewing experience as a teenager. Thanks to my buddy Ingo over at Hellford 667 Movie Reviews for the heads up.
Here's the word via BadassDigest.com:
Mark Hartley, the man behind Not Quite Hollywood and Machete Maidens Unleashed, has another movie doc lined up, and this is the one that he's been waiting to do for years. It's called Electric Boogaloo: The Wild, Untold Story of Cannon Films. Yes, it's about the film company that Golan and Globus made famous with films like Missing In Action, Delta Force, American Ninja, Lifeforce as well as surprisingly serious fare likeTough Guys Don't Dance, Runaway Train and Zeffirelli's Otello.
Hartley has been trying to get this going for some time, so it's exciting to see him finally announcing it. I'm not sure when this is happening - he also has a remake of the Aussie horror film Patrick brewing - but I for one can't wait to see it. The image above is the announcement/promo poster.
Posted by robotGEEK at 8:38 PM