Laserdisc Cover of the Day: Felony 1994 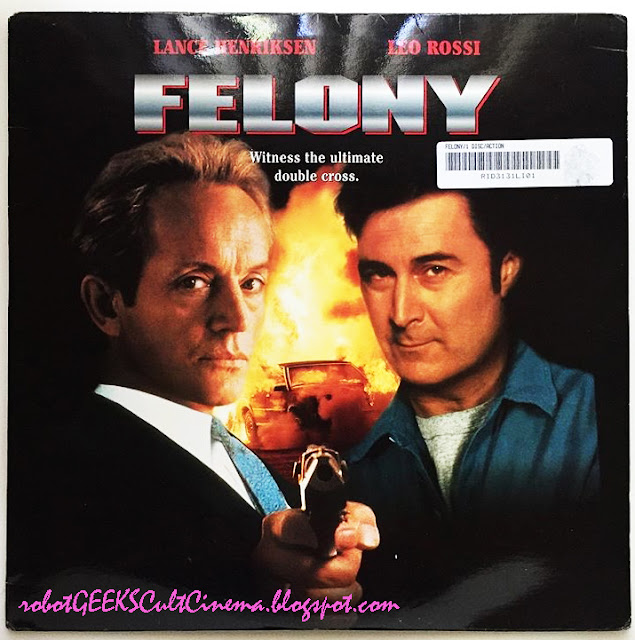 Felony is truly an odd film all around, but it's one I feel needs discovering for a number of reasons, the first being that it's from none other than legendary Bad Movie Night legend David A. Prior. But I'll get to that in a sec, first I'd like to bring your attention to this films cover art. The first thing I'd like to point out is that while yes, Lance is indeed in this film, he's not the star. He's actually the villain of the film, and looks nothing like that, nor does he ever at any point in the film wear a suit. His character isn't even the kind of person who would wear one! And Leo Rossi, while always great, is just a supporting character. Which leaves me to the real star of the film. That star would be horror legend and cult cinema icon Jeffrey Combs. Yes! THAT Jeffrey Combs, Herbert fucking West himself! Here he plays the lead role as an action hero. You read that right! Combs runs around shooting guns, smashing through windows and bedding the girl, yet he's nowhere to be seen on the cover (not even his name!!) in this criminally mismarketed film. 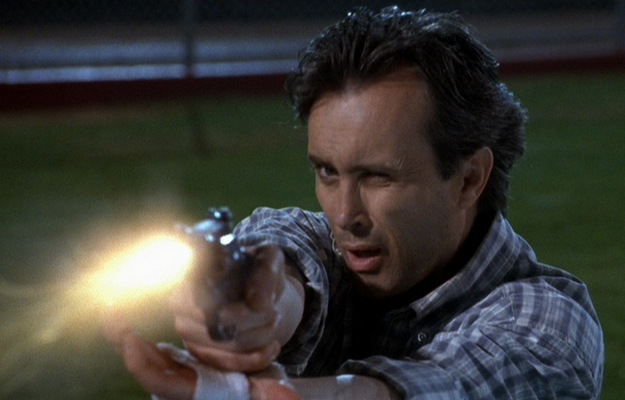 Anyway, I saw this about a year or so ago randomly and kinda loved it for all the wrong reasons. It's a bad film, make no mistake about that. But it's bad in the best way David A. Prior (Deadly Prey, Killer Workout, Mankillers) can do, which is why I love so many of his films as much as I do. Their level of "inept bad" is the stuff of legends and myths, and Felony does not disappoint. It's ridiculous and nearly every action taken by every single character will leave you dumbfounded, but that's part of it's charm too. Prior didn't live in the real world when he wrote his screenplays, and any one of his films is a testament to that. 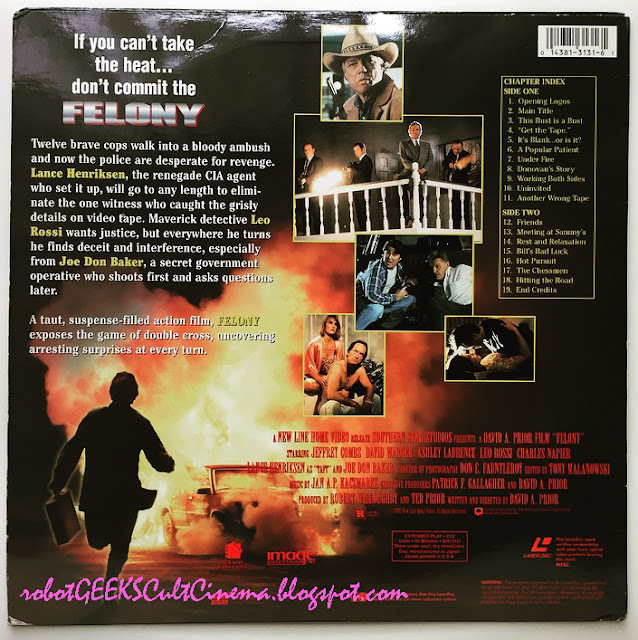 I personally feel that this is an important film for any filmbuff, whether you like low-budget action, David A. Prior films, entertainingly bad films, or most importantly, you're a big fan of Jeffrey Combs. He alone is worth the visit and seeing him running from a bunch of bad guys, crashing through windows and being a badass is worth the price of admission alone. So when I found this on eBay during one of my random browsing sessions recently, it was an impulse buy and I'm happy to add this to my collection.
Posted by robotGEEK at 11:27 AM