Doc Roundup: Not Quite Hollywood / A Band Called Death 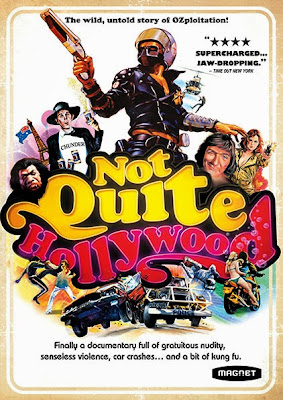 Not Quite Hollywood:
The Wild, Untold Story of Ozploitation
2008
Directed by: Mark Hartley
Category: Documentaries

Written and directed by Mark Hartley, who gave us the incredible and fun as hell documentary on Filipino Jungle filmmaking Machete Maidens Unleashed, Not Quite Hollywood: The Wild, Untold Story of Ozploitation is undoubtedly one of the most entertaining documentaries I've seen in years. In fact, it may very well be one of my favorites. It's that fuckin' good.

Not Quite Hollywood centers around the Ozploitation genre of films that came out in the 70's and 80's. And I'm talking "all" kinds of films; horror, drama, post apocalyptic, thrillers, sex comedies, KUNG FU (!!), you name it. As much as I love cinema and these particular types of films, I was unaware that so many of them fall under this category or that most of them even hailed from Australia. Not to mention I haven't even heard of half the films showcased in here! Films, I might add, that look just simply amazing whether in the "surreal/psychedelic" or "so bad it's good" or "WTF?!" categories respectively. One of the best things about watching this exhaustively entertaining documentary is that you'll be taking notes and making a list of all these films so that you can hunt them down. I've already compiled mine, and I know you'll be doing the same. 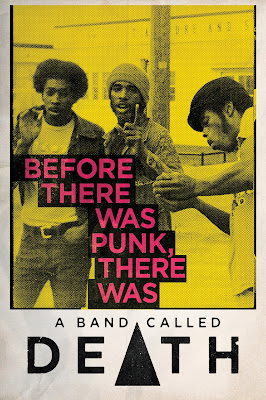 Another great in the documentary category, this one from Drafthouse Films tells the story of 3 teenage brothers from Chicago who formed a band in 1973 called Death. This was before punk even existed, yet these guys were making it, albeit for a very brief period in time before the pressures of constant rejection forced them to disband and seek out other projects, never knowing their first band when they were teenagers would be considered groundbreaking decades later. This incredibly satisfying documentary, which is currently streaming on Netflix, follows the story of when they were first conceived as a rock n' roll band (not realizing they were in fact punk) in their house to the struggles of trying to make a name for themselves, to disbanding and seeking out other projects, making families and ultimately forgetting they were at the forefront of the punk movement. That is until they learn that almost 35 years later their music is being circulated underground and they've amassed a huge cult following and the respect they never received back when they were tying to do something different. This is their story. This is the story of a band called Death.

Posted by robotGEEK at 9:24 AM