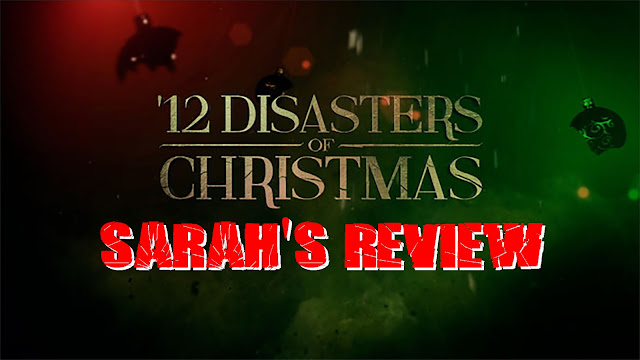 "Some bad movies just bore you, while others create a perverse fascination, an aura that keeps you watching in the hope they will never get better. '12 Disasters of Christmas' does not" ~ David Hinckley


Every once in a while you take a gamble on a film you’ve never heard of, and watching it is like winning the lottery.  I had that experience over the holidays.  I invited a group of people over to my house for a holiday horror night.  I had no specific film in mind, but I assumed we’d watch a holiday slasher.  Luckily, my friend Neil was in attendance.  Neil watches more movies than any human I’ve ever known, and I wholeheartedly trusted his recommendation of 12 Disasters of Christmas.  12 Disasters is not a slasher, it’s a SyFy production that tries really hard.  For that, I love it.

Have you heard the story of Joseph and Mary?  They give birth to a child, affectionately known as Jacey.  In Jacey’s quest to save the world, she is betrayed by Jude. 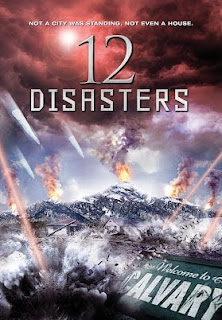 This isn’t a Bible tale.  It’s the 12 Disasters of Christmas!  Jacey appears to be your average, blonde headed, attractive teenage girl from Idaho.  We quickly find out that Jacey is much more that meets the eye.  The year is 2012.  Jacey is of Mayan descent, and she’s the Chosen One sent to save the world from total destruction.

This is a lot to wrap one’s mind around.  Luckily we have Jacey’s Grampa and his creepy serial killer-esque bulletin board of Mayan prophecies to help us understand what’s going on.  I could paraphrase, but I think it’s best to just let Grampa, obviously the town crazy person, tell you in his own words.  In reference to the Christmas carol The Twelve Days of Christmas, Grampa frenetically schools Jacey and Joseph, “It’s not just a Christmas carol.  Do you know the song?  Do you know what it means?!  When the Mayans were being conquered by Cortes they feared that this prophecy would be wiped out with them.  So they created a song to ensure that their message would survive.  And it’s been for millenniums spread around the world and translated into dozens of different languages.  Joseph, I don’t have time to explain this to you.  You gotta believe me.  I’m not crazy, and the world is going to end today unless you stop it, and you can’t do it without Jacey!”

Long story short, Jacey has been given a magical Mayan ring by her grandmother which, when placed on Jacey’s finger, brings out a magical Mayan birthmark on Jacey’s arm.  Jacey must search all of Calvary (yes, Calvary), Idaho (yes, Idaho) for the remaining four rings buried by the Mayans.  That’s right…five golden rings.  Once Jacey has all five rings on her hand she will be able to save the world.  Luckily, Jacey gets abdominal cramps as she nears the location of each ring (Buffy the Vampire Slayer, anyone?).  Jacey also asks the question that’s been on all of our minds, “Do I look Mayan to you?”.  Grampa explains that a thousand years of European intermarriage can do that.  Moving on! 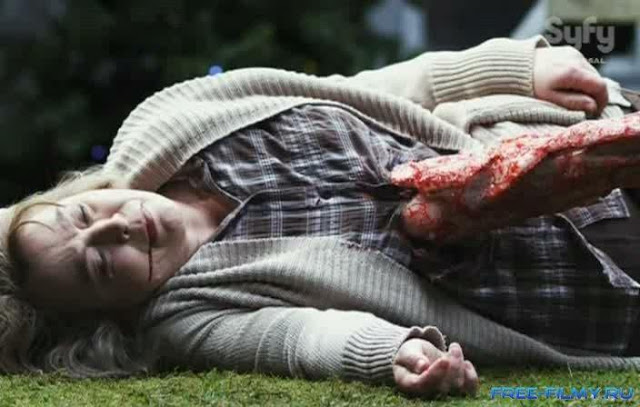 Along the way, we experience the twelve disasters of Christmas…or at least some of them.  I lost count, but I’m pretty sure we never hit twelve.  The first and goriest are the icicles of death which explode from the sky and impale innocents and inflatable holiday decorations alike.  These seemingly come out of nowhere and will delight and surprise you regardless of whether or not you know they are coming.  Speaking of holiday decorations, my friend Emily aptly noted that even Grampa had decorated for Christmas, even though he KNEW the end of the world was coming.  Another of my favorite disasters is the treenado, which occurs at a Christmas tree farm.  On my first viewing, all I could say, over and over again, was “Oh, God, it’s happening!  It’s happening!  TREENADO!!!”.

There are actual villains in this movie, but they are what I’d call “soft” villains.  The real focus here is the end of the world.  For what it is worth, our Bible-familiar readers will recognize Kane as our villain’s name and Jude as the mayor who betrays Jacey’s family. 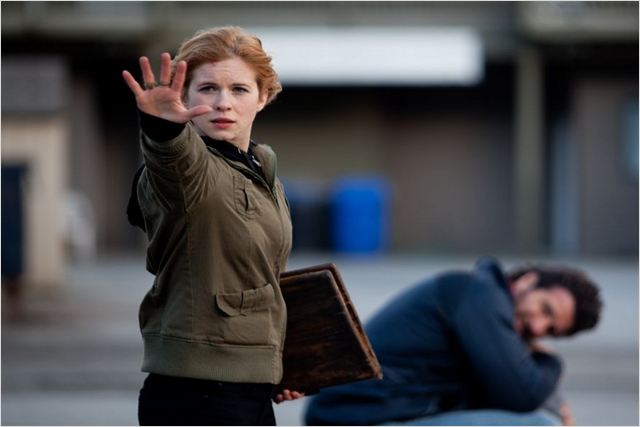 You know a movie is hitting the right spot if you can’t shut up while watching it.  I don’t mean the annoying chitter chatter.  I mean the gasps, the oooohs, the aaaahs, the belly laughs.  This movie is best watched with others.  Gather your friends and prepare yourself for the ultimate Revelations meets Mayan prophecy film!