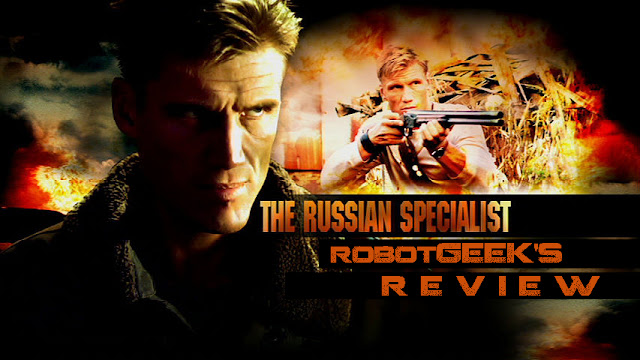 Dolph Lundgren's 2nd directorial effort marks a confident Lundgren behind the camera, delivering a modern day western revenge tale that delivers the goods in a big, bold and bloody way

Being as big a fan as I am of Dolph Lundgren (he's my favorite action star), I have yet to really dig deep into his films from the 2000's on, and there's several reasons for that. First and foremost, the guy just makes too many damn films and I can't keep up, when there are so many other films I need or want to watch and just don't have the time. The second would probably be that the quality and budget of his films began sinking more and more into DTV territory in the mid 90's, and that's pretty much where he's stayed ever since, with the exception of a few big budget films such as The Expendables franchise. But mostly, it's strictly low-budget action films, with a few comedies and television series sprinkled here and there. And that's not to say there aren't any solid gems in this era, because while some of these are indeed pretty forgettable, there are some real winners like 2014's Skin Trade, which he co-wrote and starred alongside Tony Jaa (Ong Bak) and Ron Perlman. Really, if you haven't seen it yet, do so; it's pretty great and a pleasant surprise. 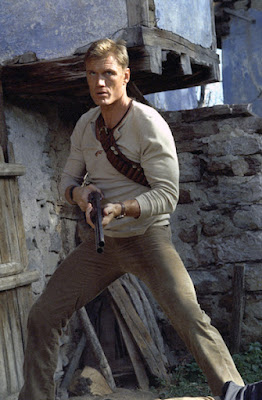 The 2000's was also when he began writing and directing films himself. His first would be 2004's The Defender, stepping into the directors chair when the films original director, Sydney J. Furie (Iron Eagle, The Taking of Beverly Hills) became too ill. Since then he's directed a total of 6 films, with The Russian Specialist aka The Mechanik being his second stint as director and star. He also came up with the story, while the screenplay is credited to Bryan Edward Hill.

The love for his low-budget films - especially those directed by him personally - varies greatly across the board by both Die-Hard Lundgren fans and the casual DTV fanatics. But I was recommended this particular one by a very trusted source, Jeremie Damoiseau - friend and author of the excellent book The Punisher: The Secret History. Jeremie also happens to run Dolphs official website, so you can say he's somewhat of an expert on the guy, and he hasn't steered me wrong yet. Plus, we're both huge fans of Lundgren's Punisher, so I'm inclined to give him the benefit of the doubt. When he says this one is one of his best, I believe him. Let's dig in.

When Nikolai's (Dolph Lundgren) family is caught in the crossfire during a drug deal and murdered, he moves to the U.S. to start over, working as a mechanic. When a rich Russian tycoon offers him $500,000 to rescue her daughter from Russian drug lords back home in Russia, Nikolai takes the job once he discovers that the leader of the ring is none other than Aleksandr "Sasha" Popov, the man who killed his wife and son. Not only will Nikolai help rescue a rich woman sold into prostitution, but he'll also be able to exact his revenge for his family's murder.

I have to say, this film was a bloody badass good time; a sort of modern day western tale about revenge, right down to the showdown/standoff at the end. Lundgren does a fine job behind the camera as director, keeping it simple but not lazy either. You'd never call him a stylish director, but he gets the job done efficiently and it never comes across as bland, cheap or indolent (i.e. handheld or shaky-cam nonsense). For the most part he takes his time to set up a shot, and does a fine job of it in the process, with a few standout moments really impressing me. As an actor, he, or maybe the screenwriter, was smart in giving him very little dialogue to work with. His character is the strong silent type, and nobody does it better than Dolph, who's mastered the art of emoting a lot through facial expressions and body language, kind of the same way he did in Red Scorpion. And that works incredibly well here because it gives him more time to focus on being a competent director, which he does surprisingly well here. 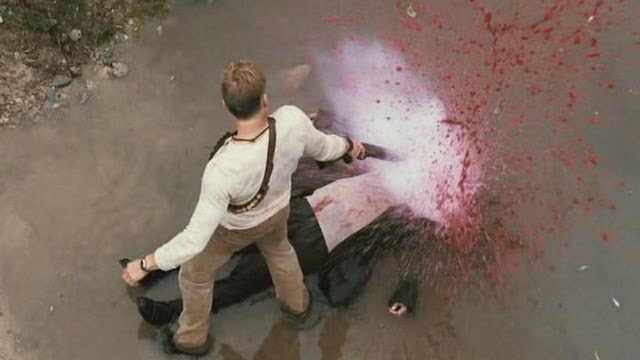 The Russian Specialist delivers an impact in a way you might not expect, in that it's pretty damn brutal! For someone who had only directed one other film prior to this, he handles the violence exceptionally well. But I guess I shouldn't be totally surprised, right? I mean, he's worked with some of the best action directors in the business. It would make sense that he learned a few things from them along the way. While I can't vouch for his work as director in any of his other films.....yet, I can honestly say he does a damn fine job with this one, giving it a true western vibe that culminates in a bloody shootout in a finale that pays off big time.