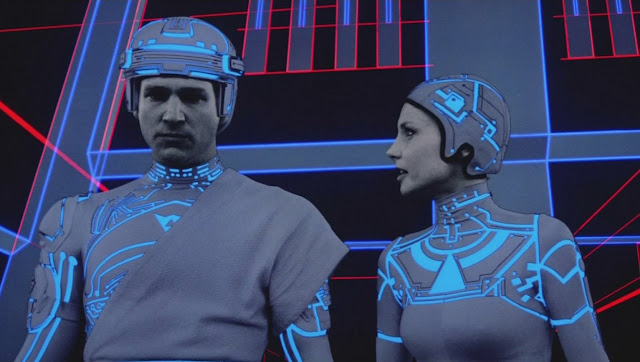 Today marks the 35th anniversary of Tron, released on this day in 1982. Though a box office failure upon it's initial release, it has since gained a huge cult status, and is recognized for being the film that inspired many artists and filmmakers to work with CGI and do things that had never been done before. But in 1982, computers were a mystery to most and were years away from being a household item. The language and concept of Tron (being inside a computer) was completely foreign to the general moviegoer and despite a large marketing campaign by Disney and a plethora of Tron items and toys, it came and went with little notice.

Disney was struggling by 1982 and was in desperate need of a hit. After decades of animated films, they were wanting to venture into more adult and more importantly, live action films. When Tron was a disappointment, they wouldn't make another live action film for another 10 years. The Tron Arcade game ultimately grossed more than the film did. Today Tron is considered a landmark piece of film-making and the reason why special effects are where they are. It all started with Tron.

If you haven't seen it in a while, or ever, I STRONGLY suggests picking up the Blu Ray. It's cheap and such a beauty to watch in HD.
Posted by robotGEEK at 7:50 PM