Documentary Dynamite!: S is for Stanley 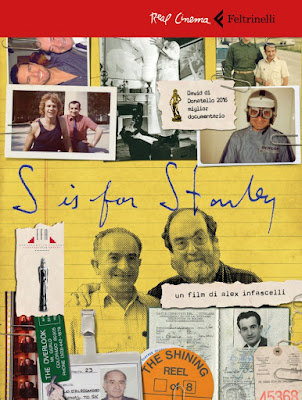 If I ever come across anything that has anything to do with Stanley Kubrick, it will always be on my radar, which was the case with this excellent documentary. Currently on Netflix, I threw it into my list where it stayed for a good month until I finally decided to watch it one Sunday afternoon.

S is for Stanley tells the story of Emilio D'Alessandro, who was Stanley Kubrick's right hand man and personal driver for nearly 30 years. When I say right hand man, I mean this guy literally did everything for Stanley Kubrick, and if you know "anything" about Kubrick, you know how meticulous and detail-oriented he was with "everything", and this charming and highly entertaining documentary will give you deep insight into the daily life of one of the most important filmmakers of our time.

This intimate portrait focuses on the lives of both Kubrick and Emilio, who met while Kubrick was working on A Clockwork Orange in 1970, and remained life-long friends in both their personal lives as well as their professional all the way to Kubrick's last film Eyes Wide Shut. It's an incredibly fascinating journey as we hear from Emilio himself as he tells about how he met the eccentric director, and Kubrick's immediate connection to him and their decades plus relationship where Emilio's responsibilities ranged from driving Kubrick to and from everywhere, handling and transporting some of his famous actors, movie props, scripts, to rescuing animals and getting them their medications. 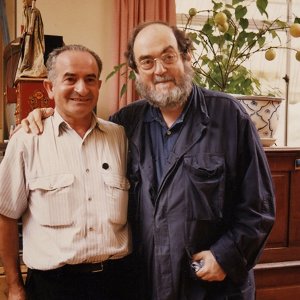 A touching and charming documentary about one of cinema's most gifted filmmakers, writer/director Alex Infascelli keeps things movie along at a brisk pace, giving great insight to productions of Barry Lyndon, The Shining, Full Metal Jacket and Eyes Wide Shut, all while Emilio tells these incredible stories through his eyes. I think one of the best aspects of this documentary is the fact that Emilio saved nearly every single little handwritten note Kubrick would leave him on an obsessive basis throughout the years with tasks that he wanted Emilio to accomplish for the day. It's a great view into how Kubrick's mind works on any given day, and how his brain was always focused on minute little details regarding everything, not just his films. S is for Stanley is a must-watch for any Kubrick fan.

How to watch it:
Currently, I think the only way to find it is on Netflix. I can't seem to find it available in DVD form anywhere in the U.S., though there is one in Italy. Amazon doesn't even have it available to rent digitally either. So Netflix will be your only legit option at this time.
Posted by robotGEEK at 11:31 AM