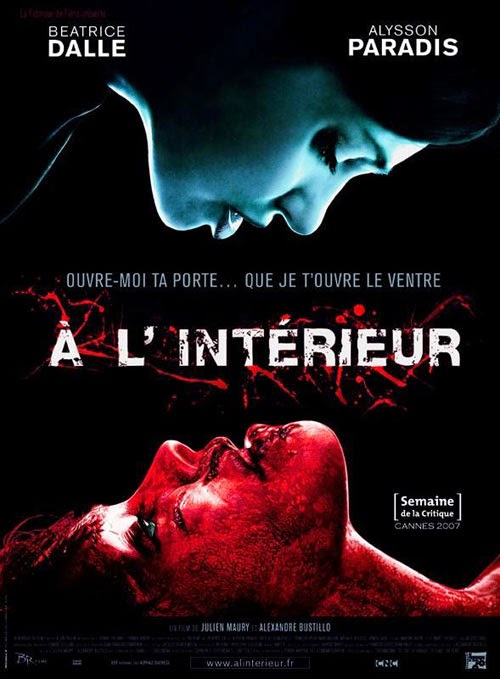 French horror. Gotta love it. I've only recently become acquainted with French horror, and one thing that I've noticed almost immediately, is that they don't hold back in the gore department. I'm guessing that there's no censorship over there, because of the few films I've seen, the gore content is insane, considerable and pretty damn impressive. And really, isn't that what we go to horror films for? Yet here in the states, the MPAA thinks they know what we should or shouldn't be able to see.

A recently widowed pregnant woman is home alone one night when she hears a knock on her door. When the conversation through the door with the strange woman on the other side of it turns hostile, things begin to take a turn for the worse and she may be ill-prepared for what happens next.

I've been hearing about this film for quite a while now, and having been blown away by Martyrs, and enjoying the hell out of Frontier(s) and The Horde - all French horror films I should add - I was excited to finally get the chance to see this. Also learning that the directors responsible for this are in the process of doing the Texas Chainsaw Massacre prequel gave me extra incentive to check this out. 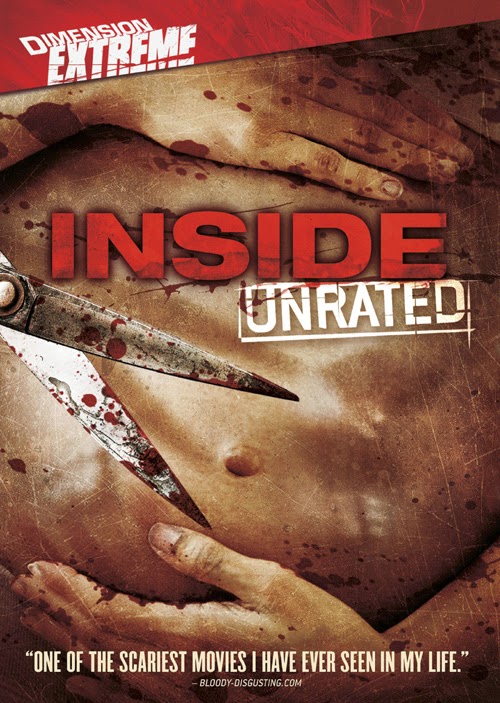 I will say this. The French know how to do their horror. Though, I'd probably categorize this as more of a thriller, with an excessive gore content. While it starts off relatively slow in more of a drama sort of way, things change significantly in the second act and it's then that things spiral out of control. When a film can make even the most die-hard horror and gore fans squirm in their seats and in some cases, turn their heads away entirely, you know they're doing something right. And that's exactly what happened. There were a few scenes that were so cringe-inducing that many of the men in the group with me had to look away. That is saying a lot.

I honestly feel that I shouldn't say much of anything else regarding the film in fear of possibly spoiling anything for you. It's easily one of the best French horror films out there, bar none, and also one of the most violent and cringe-inducing. I would probably still consider Martyrs to be superior, but only slightly and in a completely different kind of way. Give this one a shot, if you can stomach it.
Posted by robotGEEK at 1:54 PM