While I do some catching up on some reviews, I thought I'd share a post from my other site, Robo-Bit, in regards to a badass Laserdisc I recently scored. 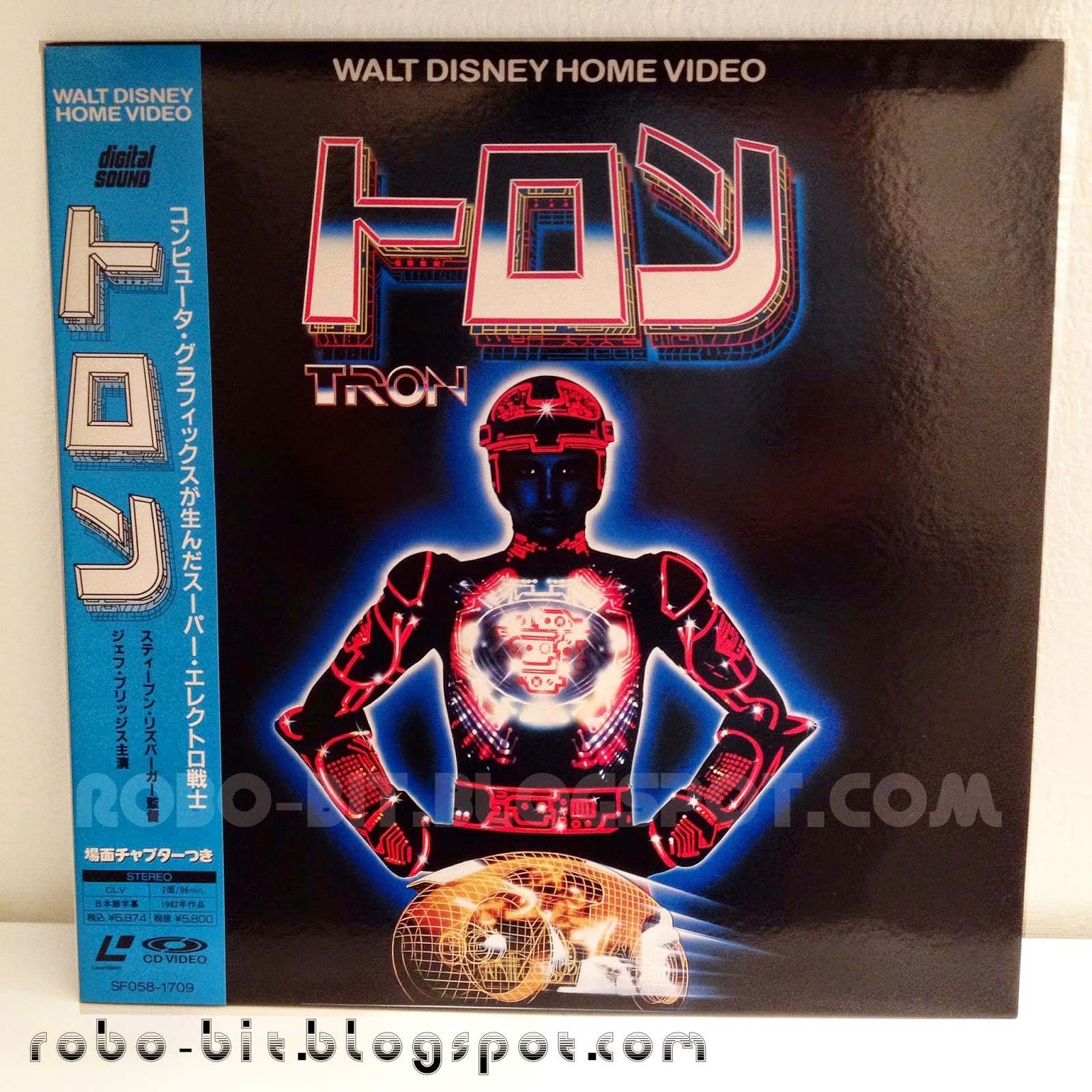 Recent awesome eBay score for me. I love Tron, probably more so than most of the die hard fans out there. There's just something about this original film that has always stuck with me. It's part nostalgia, but it's also a pretty damn great movie, and most importantly, waaaaaay ahead of it's time.

Sure it was a flop way back in 1982, because nobody had a computer, and nobody knew what the hell was going on. All that computer lingo was so foreign to everyone that it just sort of turned them all off. Today it's easily regarded as a groundbreaking film in the field of computer animation, even if they effects seem juvenile by today's standards. But that's why it's so damn charming. I love the effects work, and the whole look of this simple computer world.

Tron has and will always remain a classic. Today, it's probably more retro cool to love it more than any other.
Posted by robotGEEK at 1:07 PM