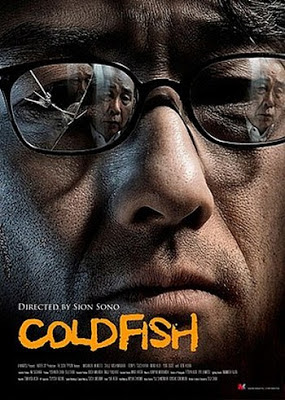 I know I'm going to probably get a ton of flack for this, but I just did not like this one. I will be honest though, I think a lot of it has to do with the fact that I felt it was misrepresented to me before I actually sat down to watch it. Like for instance, when I caught it on Netflix Instant, the description specifically stated that this was a gory shocker, and this was anything but. I found it slow, dull, and with the exception of one or two scenes, not gory at all. And it ran on for so long, I almost couldn't finish it because I was bored out of my mind. But like I said, when a friend and I had sat down to watch this, we was expecting something like the excellent and ultra violent I Saw The Devil. Instead what this seemed to be was more of a character study and played out more like a suspense thriller, but with insanely long stretches of nothing happening.

I'm not at all familiar with this writer/director or any of his previous work, but I didn't really find anything remarkable or interesting about his style of filmmaking either. In some instances, if the movie sucks or just doesn't make any sense, if it's at least visually stunning then that will more often than not deserve a passing grade in my book. But not here. It's about as simple and straightforward as it could get, but of course suits the story well since this isn't a flashy kind of film in any way to begin with.Those are my two cents. Don't hate me!!

Here's a synopsis via IMDB by Anonymous:
When Syamoto's teenage daughter is caught stealing, a generous middle-aged man helps resolve the situation. The man and his wife offer to have Syamoto's troublesome daughter work at their fish store. Syamoto soon discovers the horrific truth of the seemingly perfect couple.
Posted by robotGEEK at 4:11 PM