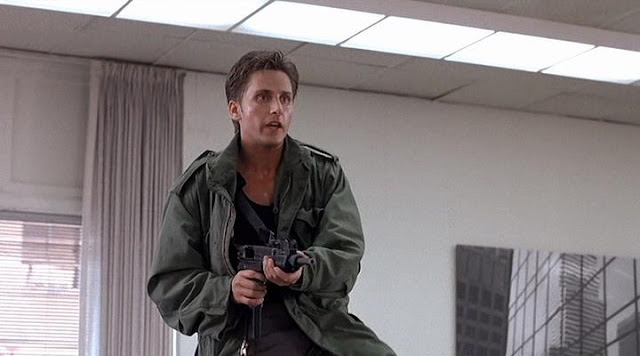 An Ambitious, Yet Flawed, Debut as Writer, Director, Producer and Star of a Modern Day Bonnie & Clyde Tale That's Better Than You Think

Released in 1986, Wisdom would mark Emilio Estevez's first stint as a director. He made this the same year he appeared in Stephen King's Maximum Overdrive, making 1986 a pretty busy time for him. While information like that is usually enough to motivate me to check it out, I'll be honest - I never much cared to because it looked like a melodrama to me with that title and U.S. cover art. But having finally seen it, I was way off, because this is in fact a pretty impressive directorial debut that starts off as a drama, but slowly progresses into an "outlaws on the run from the law" traveling cross-country tale that takes a sharp detour into violence, which was an awesome and welcome surprise.

I think part of what makes this film so impressive is Estevez's sure-handed direction. At the time this was made, he was the youngest person to ever direct a feature film for a major studio at 23 years old, beating out Orson Welles by a year, and though he's since claimed in interviews that this was an embarrassing vanity project, I'd have to disagree. It's a film that plays true to an artist who knows exactly what he wants and how to do it. There was never a single moment where I felt it came off as amateurish, or even vain......well, maybe the opening and closing sequences. But it's a confident film without ever trying to throw it in your face. Is it perfect? No, the pacing and structure could use a little tweaking. But it's nowhere near the trainwreck the critics claimed it to be upon it's release. In fact, though most people have either hated or dismissed it, it's since grown a substantial cult following, enough for Warner Archives to "finally" release it on DVD for the first time ever a few years ago under it's "On Demand" label. 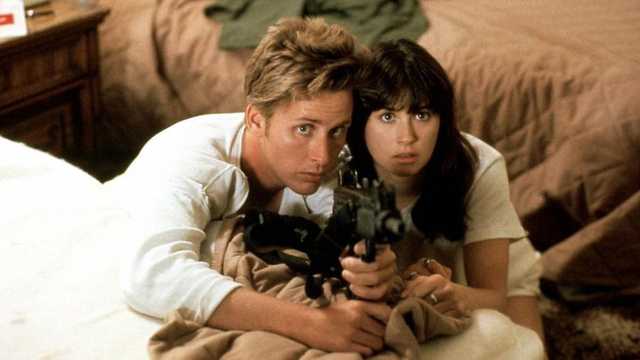 I'll be honest, the plot and the way the film plays out are a little baffling. I mean, you normally wouldn't put the two together, yet it works surprisingly well here and only adds to the aura that Estevez knows what he's doing.

Essentially, Estevez plays John Wisdom (hence the title), a recent high school graduate who can't find a job because of a past conviction for stealing a car to go joy riding years earlier. Frustrated, he decides to rob banks. But not to steal money. Instead he uses his newfound purpose in life to help aid American farmers, who are suffering from a financial crisis and are unable to pay back loans and mortgages. John decides to wipe out their debt by destroying all of their mortgage and loan records from every bank he hits instead of robbing them of their money, in the hopes that it will buy the farmers more time to be able to get out from under this financial crisis. With the law fast on their cross-country tale, time is running out.

It's easy to nitpick all the plot holes and little things that work against it rather than for it, but you can do that with any film literally. So that's not fair to do just because this is coming from a first-time director. The fact of that matter is that Estevez, a hot property at the time in Hollywood who already had a slew of classics under his belt such as Repo Man, St. Elmo's Fire, The Outsiders and The Breakfast Club, was a young 23 year old who was given an insane amount of money to produce his first film as a director. And while most would use that opportunity to overindulge, he instead keeps things subdued and to a minimum, even coming in under budget and under schedule. Yet all anyone can ever talk about are the film's problems. Honestly, after my first ever viewing, I couldn't find a single thing to complain about other than it's ambiguous title, which I feel worked against it because it says nothing about the film or what it's about, until you've finally seen it. I can only assume if it was a more marketable title, something that easily identifies the type of film it's going to be, it might have helped it's chances at the box office a little more. But who knows? 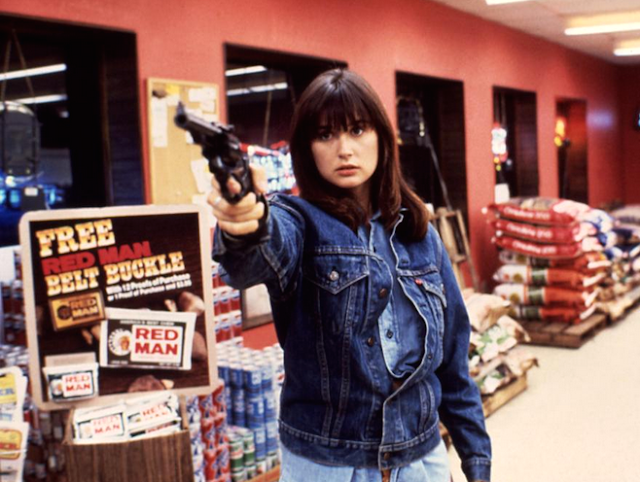 Estevez cast his real life fiance at the time, a young Demi Moore, to play his girlfriend in the film, who he haphazardly convinces to join him on his cross-country quest. A lot of the decisions the characters make are quite foolish, but it's in keeping in line with the thinking of a young 20-something year old. In fact, one of the biggest turning points of the film and for the characters comes from a stupid split-second and disastrous mistake she makes that alters their lives forever, completely changing the course of the film. If you can just remember that these are kids doing something completely noble, yet incredibly stupid, then it passes a lot more plausibly. Though Estevez says that this experience and backlash he received because of it devastated him, he rebounded nicely with back to back hits with Stakeout the following year in 1987 and Young Guns the next year in 1988, marking that film and his portrayal of Billy the Kid as arguably his most career defining role. 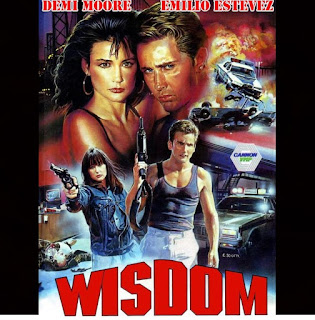 The only way I was able to actually watch this film (which I'd been wanting to do for a while now), was by purchasing the Warner Archives DVD. It's not streaming on any platform I could find, isn't uploaded on YouTube, and wasn't available through Netflix's DVD mail-delivery service (yea I still use that). Having an Amazon Prime membership allowed me to get this at the cheap price of $11, and that's important because all of that factors into how much I actually enjoy a film. If I want to see it bad enough and there are no other ways to do so other than buying it on a physical media, then I will just buy it, with the thinking that if I don't like it, I can just immediately turn around and sell it on eBay and hope to get some of my investment back. But if I like it, and know it's a film I will revisit at some point, I keep it and it stays in my collection. Mind you, I can't keep every film I like because I just wouldn't have the room. It has to have a re-watchability factor to it, because if I just like it and know I won't ever sit down to watch it again, then it's just taking up the limited space I have for my collection when I can use that space for something I do know I will want to revisit. Wisdom, thankfully, is a film that I know I will want to re-watch again someday, and that to me is the sign of a good film. It ultimately shares a lot in common with his impressive and better-received followup directorial effort Men at Work in the sense that it's a confidently looking film, being a film he directed released the same year he made a career-defining classic (in Men at Work's case it's Young Guns 2, both being released in 1990, and this film being released the same year as Maximum Overdrive) and carries a tone that's hard to define and describe, yet you walk away satisfied by the experience. Good job Mr. Estevez.
Posted by robotGEEK at 8:51 AM