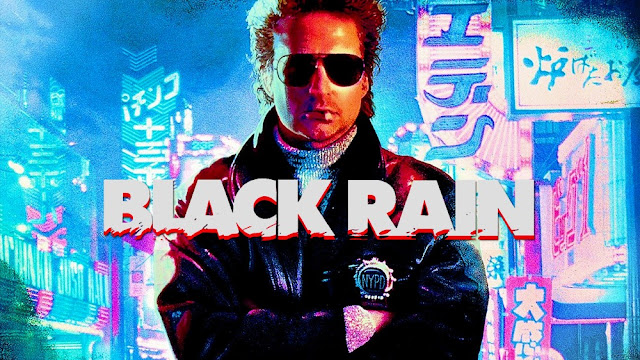 Ridley Scott's Hidden Gem is a Masterpiece Waiting to be Rediscovered

Released in 1989 (a great year for cinema), Black Rain marked a return to form for director Ridley Scott, who had weathered a series of back to back critical and box office misfires up until that point. Sure we can look at classics such as Blade Runner, Legend and Someone to Watch Over Me and bemuse over their initial reception, but the fact is that despite all of these films being great and now considered seminal works, they were all bombs and Ridley hadn't had a hit since Alien 10 years earlier in 1979. Black Rain would be a critical and commercial hit (though a minor one), paving the way for Scott to continue making films that would define his career.

Yet, despite it's now almost cult status as a certified badass within the action/thriller genre, and a tentpole for films that dig into the Asian culture, it's rarely ever regarded as the masterpiece that it should be. I mean, it is almost universally loved by anyone I come into contact with on social media whenever I mention it, but outside of that, it's rarely ever held in the same vein as other thriller classics by critics, and it's a damn shame because it really is one of the best films in this genre.

Just in case you have been living under a rock and "still" haven't seen this (it's okay - all of us have been there at one time or another), Black Rain follows New York cops Nick Conklin (Michael Douglas) and Charlie Vincent (Andy Garcia), who get caught in the middle of a Yakuza (Japanese Mafia) gang war in New York. When they arrest one of them, they are told to escort him to Japan, only to have him slip through their fingers once they arrive. With the help of a local officer Masahiro (Ken Takakura), they set out to track down this crime boss and murderer.

While Ridley Scott is considered one of the greatest visual filmmakers still working today, it blows my mind that his work prior to this film, with the exception of Alien, were not well-received. And while Black Rain was generally better received than all of his 80's films, it still doesn't get the love and recognition it deserves. Quite frankly, Black Rain is a masterpiece, plain and simple. An action/thriller that digs deep into the Japanese culture, with gorgeous visuals courtesy of legendary cinematographer Jan de Bont (Die Hard: as cinematographer, Speed: as director) and of course, Scott's keen eye. This also sports an amazing score by Hans Zimmer, marking his first of many collaborations with Scott here. The Asian influence in his score is incredible. 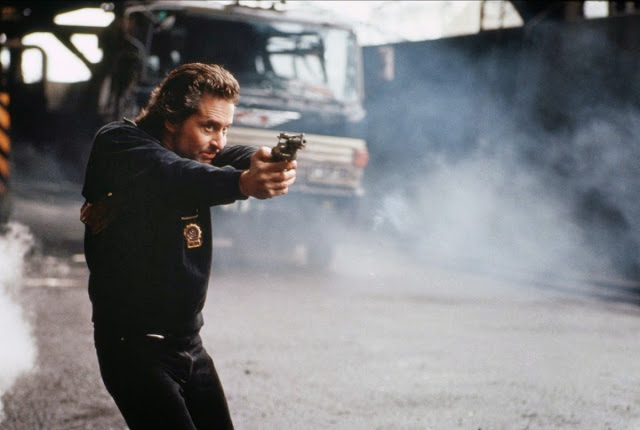 Michael Douglas had just come off of winning an Oscar for Wall Street 2 years earlier in 1987 and hadn't acted in a film since. Black Rain would also mark the first time he played a cop on film, and boy what a badass he was in here. I think part of the reason I love this film so much is Douglas' portrayal of a morally corrupt cop, who's been put through the ringer in his personal life, and let's that bleed over into his professional life as a tough as nails cop who really is one of the coolest badasses I've ever seen on film. Douglas marked his 2 year absence from the Silver Screen with a bang here.

It's true that Douglas is the hero and badass here, but the person who undoubtedly left the biggest impression is Andy Garcia, here as Conklin's nice, sympathetic and extremely charming partner. You just can't help but love him and though he only spends about a quarter of the time on film, he leaves a huge lasting impression. Garcia had made a splash in De Palma's The Untouchables 2 years earlier in '87, and would go on to deliver a tour de force performance the following year in 1990's Internal Affairs. 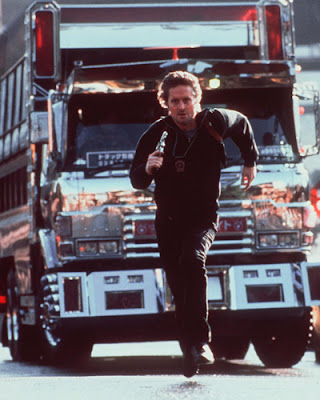 Speaking of the great cast, huge props need to go to the legendary Ken Takakura, who plays their Japanese liaison during their visit. Despite Takakura's admission that he doesn't speak a word of English, his grasp of the language and performance are nothing short of impressive. Being able to use the proper subtle nuances of each English word was so impressive that I was floored to learn he didn't know English......at all. For a guy who built a decades long career out of playing samurai's, bad guys and villains, his performance here as the by-the-book, yet likable sympathetic liaison who grows more attached to these NY cops through a series of life-changing circumstances will win you over. In the extra's located on the Blu Ray, Takakura also confesses that this is the first time he's ever shown smiling in a film.

Similarly, Yusaku Matsuda, who plays the lead villain Sato, made a career out of playing cops or good guys, and Black Rain may be the only time he played the villain (I could be wrong), and boy what a devilishly perfect performance it was. Sadly, as great as Black Rain is on it's own merits, it's marked by a tragedy in the fact that Matsuda was suffering from stomach cancer at the time, and did not tell anyone about it until filming had wrapped. Knowing he was going to die anyway, he wanted to be remembered forever, as he put it, by this performance and film so he suffered in silence never letting on to anyone. He died a few weeks after the film had premiered and Black Rain is dedicated to him in the closing credits. 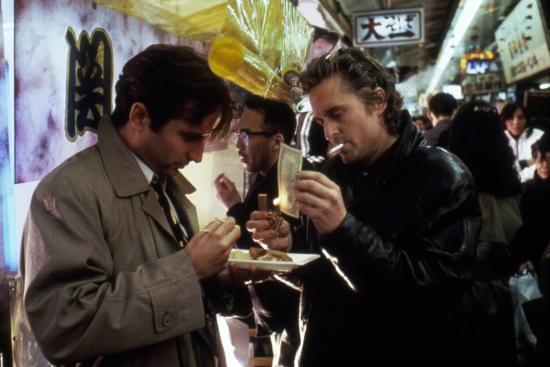 The film opens in New York and spends about a good quarter there before heading to Japan, where a good chunk of the film takes place. I actually love both settings because Scott is able to make great use of both locations, with a harsh gritty realism in the NY environment, and the bright neon-drenched locations in Japan. The film just looks amazing in any location they were set in, but it's within the Japanese environment where the film really flourishes. The excellent Blu Ray release of this has an incredible 2-part documentary on the making of this film, which spotlights Scott's hardships of shooting under Japans strict rules, which led to Scott proclaiming that he would never shoot a film in Japan again. The government restrictions were so great, with time limitations being the biggest factor, that they ultimately ended up shooting several key sequences in the U.S. and made to look like Japan because their shooting visa's had expired. Nevertheless, even with the constant restrictions and stress of shooting a film in a different country under extremely strict guidelines, Black Rain flourishes as one of the best examples of this type of film. The film's hard-edged tone never falters, the performances across the board are top-notch, and the visual eye candy produced by Jan de Bont and Ridley Scott are breathtaking. All of these things produce an exceptional viewing experience that never fails to impress or entertain me, no matter how many times I revisit it, which is quite often.

When Black Rain premiered in September of 1989, it hit #1 at the box office and remained there for several weeks, ultimately earning an impressive worldwide total of $134.2 million. Not bad for a film with a $30 million budget. Yet, it's never mentioned in the same breath as some of his other well-known films like Blade Runner, Gladiator, Thelma & Louise and The Martian to name a few, and that needs to change. It's a slick, hard-edged and riveting film that delivers some of Michael Douglas's, Ridley Scott's, Hanz Zimmer's and Jan de Bont's finest work in their careers. 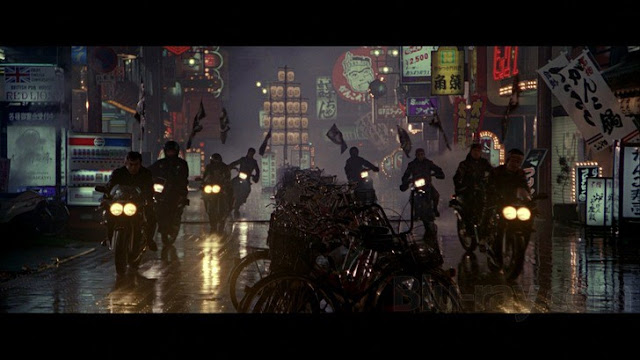 How to see it:
Paramount released a Blu-Ray in 2007 that offers a really great picture quality as well as a healthy dose of extras to dig into that tackle the film's troubled production in Japan, the script, post-production process, release, score and casting. Best thing too is that you can get it super cheap, for under $10 so you have no excuse. If you want to go the streaming route, it's available on Amazon Prime and Hulu right now.
Posted by robotGEEK at 11:49 AM