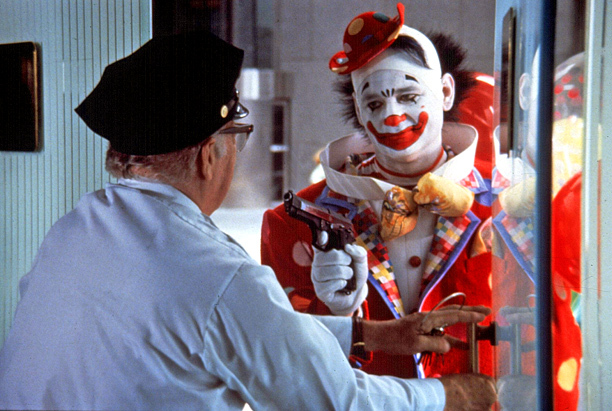 Here's another forgotten film I finally checked off my list. Quick Change is a comedy (and I use that genre title loosely) about a trio of bank robbers who attempt to flee the city after their crime, but are beset by a number of circumstances that take them on an odyssey through the streets of New York as they try to reach the airport.

Released in 1990, this would be Bill Murray's one and only directing effort. Some quick digging on the internet reveals that this was a passion project for Murray, and as such, he became both producer and co-director so he could have more creative control, the only time he's ever done either for a feature film. This was made and released when Murray was in a high point in his career, having just released the highly successful Ghostbusters II the previous year, and Scrooged before that, and following this up with classics such as What About Bob?, Groundhog Day, Ed Wood and Kingpin. So it's safe to say he had a remarkable amount of creative freedom to do whatever he wanted, and for better or for worse, the result is Quick Change. 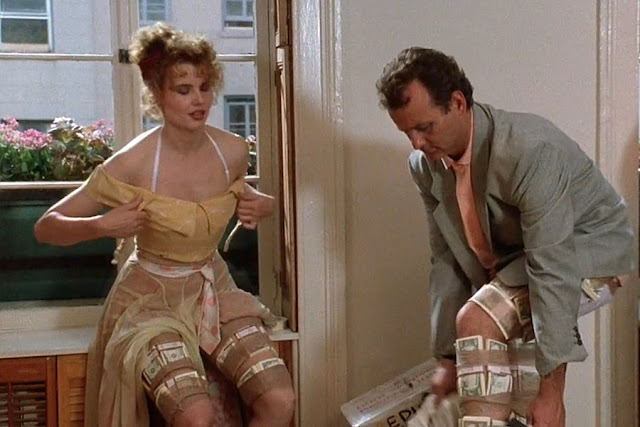 While I enjoyed this quite a bit, I didn't love it like I hoped to. And after re-watching the trailer, I remember why I avoided it all these years until now. It just looks like a terribly unfunny comedy, and that's sort of what it is. But it's also a film that falls into a very niche genre of comedies that are few and far between; comedies that are not actually funny and often times offbeat, bizarre, dark and surreal like Something Wild, After Hours, Into the Night and Joe Versus the Volcano. While this one doesn't quite reach the level of those films, it gets pretty close. The little bit of humor this does have comes from Randy Quaid's childlike character, but for the most part it carries a strictly dry humor, which actually works really well here. I just feel if they had tried to make it a little darker and more weird, it could easily be a great cult classic. As it is, it's really good, but not one I see myself revisiting anytime soon.

Murray and co-writer Howard Franklin share directing credit on this and so it's hard to tell who to give credit to, but for the most part, it's a nice looking film. Nothing fancy or stylish, but it's clear they knew what they were doing in framing up their shots, with a few images really standing out, especially in the first act when dealing with the bank heist. 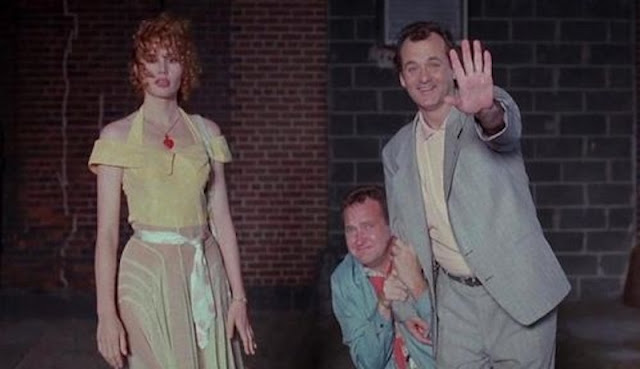 To Murray's credit, he plays the part flawlessly in easily one of his most subdued performances as a man who's trying to keep it together, despite a neverending series of obstacles that create chaos and tension on their journey out of the city. He never once tries to be funny, which today isn't all that surprising after fantastic performances in films like The Royal Tenenbaums, Lost in Translation and Broken Flowers. But there was a time when he attempted to do "serious" way back in 1984 with The Razor's Edge that didn't go over so well. While I wouldn't call his performance in here dramatic, it's serious enough in tone that it could almost pass for dramatic. Still, there's just something "different" about him here, and I struggle to put my finger on it. Whatever it is, it works, and it almost makes me wish he directed more, because that could be part of why he's so effortlessly good in this.

Murray's co-director and co-writer is Howard Franklin, who delivered some solid dramatic screenplays with In The Name of the Rose and Someone to Watch Over Me before this, but mostly stuck to comedy after as both writer and director with The Public Eye and Larger Than Life. Of all the films under his belt as director, I would say this is probably his best effort.

Quick Change is a noble effort, and a really good film, just barely teetering on the verge of being great. That in itself is an accomplishment, and worth your time checking out. If anything, it's worth seeking out just to see the one and only film Bill Murray has ever directed, because it's quite an impressive debut if you ask me. It hasn't yet received a snazzy Blu Ray release, so your best bet is grabbing the DVD, which you can do cheaply.
Posted by robotGEEK at 1:39 PM