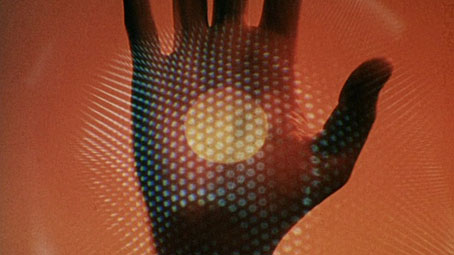 Released in 1974 to little attention, Phase IV is one of the most unusual, surreal, amazing, bizarre and flat-out brilliant science fiction films I've ever seen. What's more, I'd never even heard about it until a friend of mine brought it up to me. After finally having seen it and being legitimately blown away, I'm shocked this isn't more well-known or recognized as a classic within the genre. It delivers in such an unexpected way I struggle to even categorize it correctly, because it's not a typical science fiction film. Yet it's because of that that makes it entirely refreshing.

Legendary title designer Saul Bass (Psycho, Casino) marks his one and only feature length directorial debut with this experimental film - no doubt due to it's poor performance and reception at the box office. But in time Phase IV has grown to such a degree that it's easy to see it's influence on countless filmmakers, most notably Panos Cosmatos' Beyond the Black Rainbow. 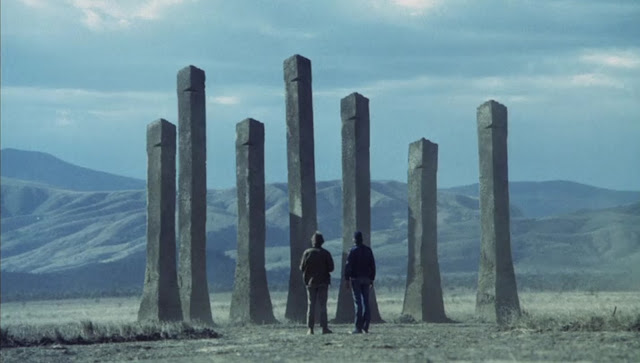 Since it's initial lackluster release, it's since grown to become a lost classic, mainly for it's legendary and now mythical ending that was ultimately cut before released theatrically that gave the ending of the film a much more powerful and somber conclusion. Though these elements still exist, even having been screened at the Alamo Drafthouse in Austin, TX as part of a Saul Bass Celebration in 2012, they have never been screened or released elsewhere, or telecast in any form to date. This once in a lifetime screening has been the only official presentation of this discarded ending, which is a true shame because from what you read about it, it seems like the perfect conclusion to such an incredibly ambitious film experience.

As you can probably tell by now, I haven't really mentioned what the film is actually about, and that's on purpose. I think the less you know going in the better. I didn't know a single thing about it when I popped in the Blu Ray. It didn't even come with a trailer, so I went in as cold as possible; not for a lack of trying, but since the format I chose to watch it on (a bare bones Blu Ray release from Olive Films) didn't offer anything in the way of plot, not even with the minimalist cover art, it was a complete mystery to me. And honestly, that was a blessing. Since I didn't know what to expect, I was pleasantly surprised (even floored at times) at damn near every turn. It was one of the most unusual and excellent film experiences I've had in a very long time. I can't even compare another film to it because it's it's own thing entirely and because of that, it will remain a classic to so many. Saul Bass did a helluva job directing this in such a unique way that some of the images will stay with you for a very long time.

I will completely understand if not everyone shares my sentiment, because it can come off as so bizarre at times, and at others even a bit cheesy. But looking at it as a whole, it's hard to disagree that it isn't something special. 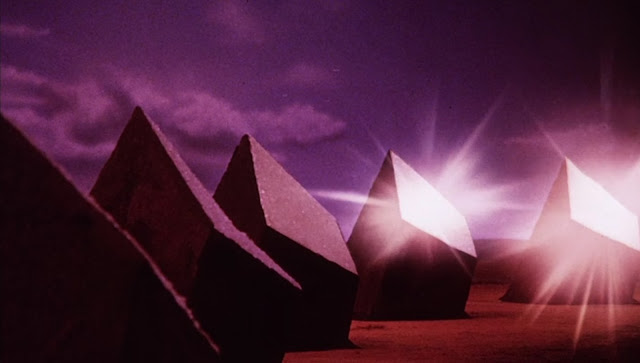 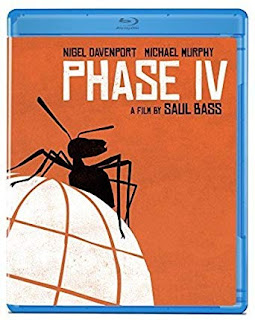 Olive Films released this back in 2015 in a bare-bones Blu Ray. It's literally just the film and the only other thing offered is the ability to choose the chapters. It's a shame really, because a film this special deserves "something" more, like maybe a retrospective about it's impact on other filmmakers, it's unique entry in the sci-fi/horror genre, or hell, even an interview with star Michael Murphy (Shocker, Cloak & Dagger). I'm sure most Phase IV fans were hoping for even that original ending, even if it was included as a deleted scene. But alas, we get nothing but the film. While I am generally a fan of Olive Films for putting out films that have been hard to find, or never got an official widescreen release before, I have to admit that this release is a pretty big letdown. The transfer is nice, but this film surely deserves so much more. I mean, even the cover is shockingly bland. Here's to hoping another company releases this proper someday.
Posted by robotGEEK at 3:36 PM