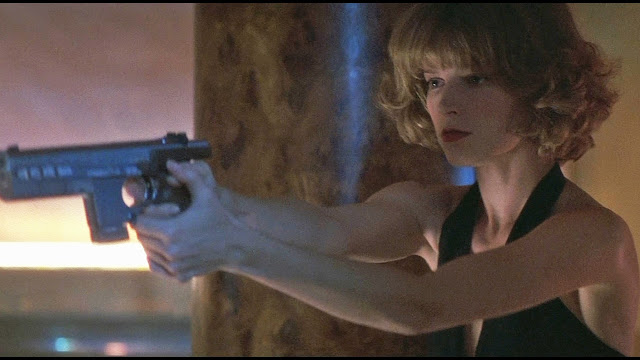 A Remake of La Femme Nikita That Nobody Asked For, Yet is Surprisingly Good

As I dig deep into some 90's flicks that I never got around to, I remembered this John Badham classic that I never could bring myself to watch for 2 reasons. One, I just wasn't a fan of his work back then (stupidly), and two, I just couldn't see how they could improve on an already great film, La Femme Nikita, of which this film is based on. At the time, I just couldn't see how anyone, let alone an American remake, could top one of Luc Besson's best films. But here I am, with a newfound appreciation for John Badham films, and so this was easily on the top of the list of films to finally dig into of his that I hadn't seen yet. 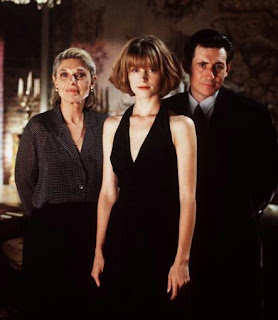 Based off that French Cult Classic, this American remake stars Bridget Fonda as Maggie, a junkie who killed someone during a botched robbery. Instead of being taken to prison, she's given a chance through a program that turns high risk offenders into assassins for the government. With the help of her mentor and sponsor Bob (Gabriel Byrne), she is given a new identity and called upon at various random moments to fulfill her job as a contract killer for the government.

I've got to admit that I really enjoyed this one a lot. While it doesn't hold a candle to Besson's original, though it does try, it's good enough on it's own merits to redeem itself from the fact that it's trying to top a classic. The acting is pretty stellar across the board, with Anne Bancroft turning in a stunning performance as Maggie's etiquette teacher, and Gabriel Byrne always delivering 110% in anything he's in. He's just a fantastic actor and I don't think he gets the credit he deserves for what he brings to every role. Props to the casting department for bringing in Harvey Keitel as "The Cleaner". 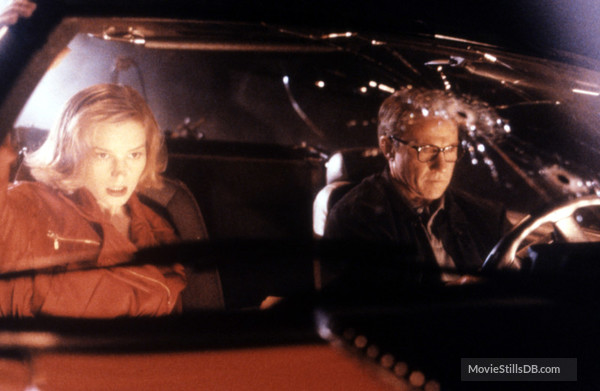 One of the things that bothered me when I watched the previews upon it's original theatrical run was the annoying overuse of dutch angles, but I was pleasantly surprised to see that Badham kept that to an extreme minimum and honestly, for the most part he films this excellent little thriller rather sharply. Besides, he doesn't use them anymore than Tony Scott did so I don't know why it bothered me so much before. When Badham is on fire, he really delivers some excellent camerawork in a way that always sort of surprises me and he's really turning into one of my favorite underrated directors still working today. It's a shame he's mainly stuck to television work for the last 20 years.

Overall this was exactly what I was in the mood for. Despite it's big budget Hollywood trappings, it still feels like a much smaller and more intimate version of Besson's classic, which is fine because it kind of feels like a different film altogether for the most part. It hits all the right notes and despite my initial misgivings all those years ago, turned out to be a pretty great little thriller that I just so happen to adore. Let me put it this way. I had initially rented it on DVD from Netflix, and after a good 15 minutes I already knew I was going to really enjoy it. However, the old DVD just looked terrible, so I immediately got online and ordered the Blu Ray for under $10 and waited to finish it once it arrived. It was too good a looking film to be bogged down by a bad low-grade transfer and I'm glad I waited for the Blu, because the image quality and clarity are stunning and if you're going to revisit this, DO NOT settle for the DVD. Spend a few bucks on the Blu and enjoy it the way it was meant to be seen, in it's best presentation possible. 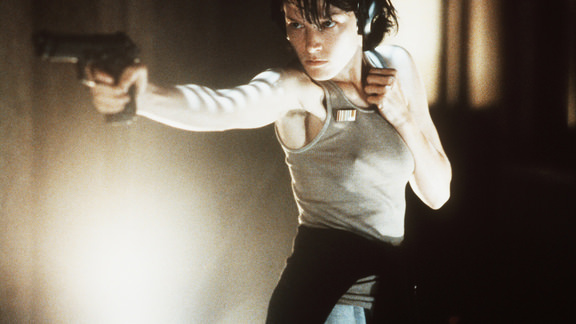