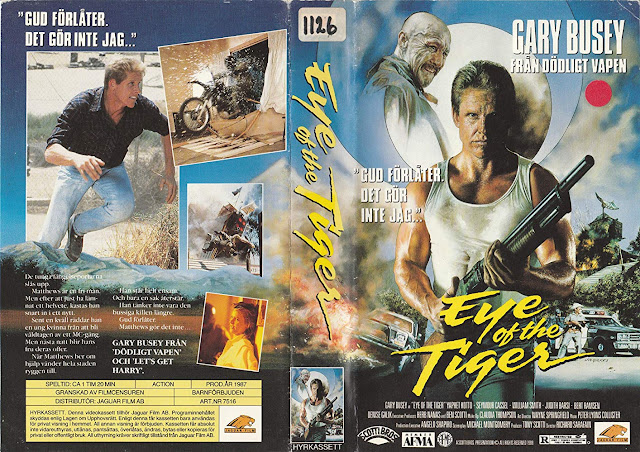 This is one of those films I never really cared too much for back in the day, mostly because I just felt at the time it was pretty standard stuff. And to a degree, it is, but that's also why it's so damn good. Watching it today at this age makes me appreciate just how great it actually is, where we live in a world full of shaky-cam/quick-edit CGI bullet holes bullshit, Eye of the Tiger is a welcome breath of fresh air.

Released in 1986, and sandwiched between Silver Bullet (1985) and Lethal Weapon (1987), Eye of the Tiger may very well be his first gig as an action lead, but I could be wrong. He would continue this trend 2 years later in '88 with the excellent Bulletproof. But unlike Bulletproof, which is pure glorious 80's cheese at it's finest, EotT is gritty and serious, never once even dipping it's toe into camp or cheese, which is surprising when you consider that it very well could have. 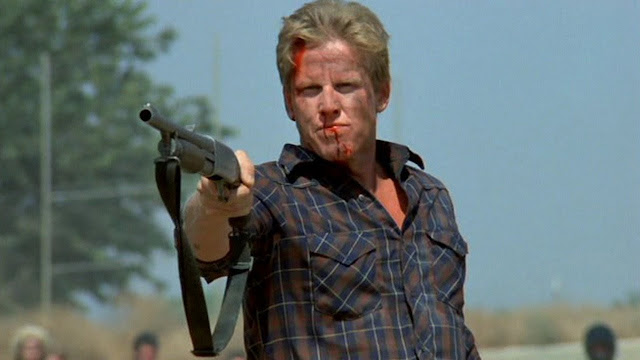 Eye of the Tiger tells the story of Buck Mathews (Busey), who's just been released from prison and is happy to go back home to his loving wife and little daughter. You see, Buck is a really good guy who just happened to get caught up in something stupid, so he did his time and he's ready to get his life back together. But it's not long before he comes to the aid of a rape victim at the hands of a motorcycle gang, and they soon set their sites on him. When they attack Buck's family, he sets out on a violent path of revenge.

I gotta admit, this one was really solid. I knew it could have gone either way, but I'm glad this one took the serious approach. I mean, we already have Bulletproof for awesome cheesy action, so I'll take this one any day. It's also a new favorite within the biker genre, of which there are very few really. Plus, we get the reliable William Smith (Seven, Red Dawn, Maniac Cop) as the main biker bad guy, hamming it up to number 11 on the crazy-o-meter. 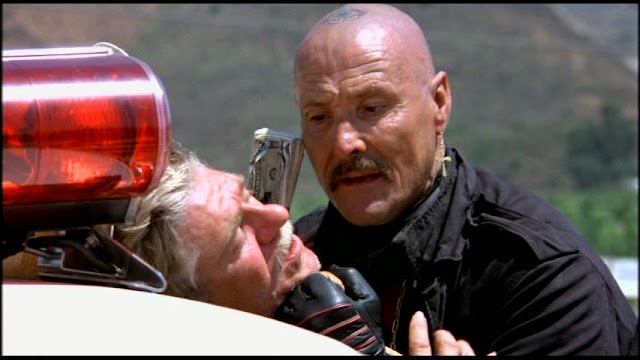 Confidently and competently directed by Richard C. Sarafian (I don't think I've ever seen any of his other films), EotT benefits from his sure-handed direction, especially in the action scenes. Oh, and did I mention Buck acquires a gnarly suped-up 4 X 4 truck loaded with arsenal and kickass electronic gadgets to aid in his revenge? I'm telling you, this film has it all and it's awesome.

Eye of the Tiger is an excellent entry in the biker genre, as well as the revenge and even the 80's action categories. Gary Busey is a kickass anti-hero and while he doesn't display the crazy erratic Busey behavior we have grown to love (he does plenty of that in Bulletproof though), he's just as great here. Eye of the Tiger makes for a perfect Sunday afternoon watch. Give it a try! 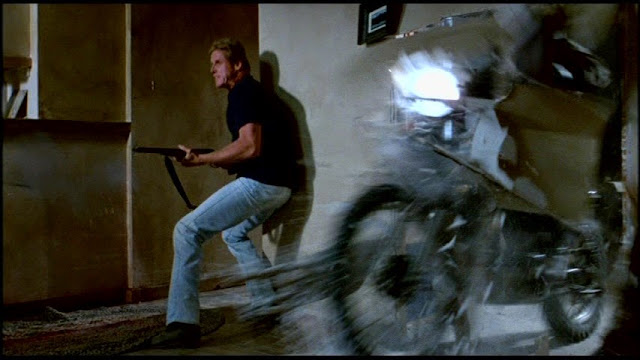