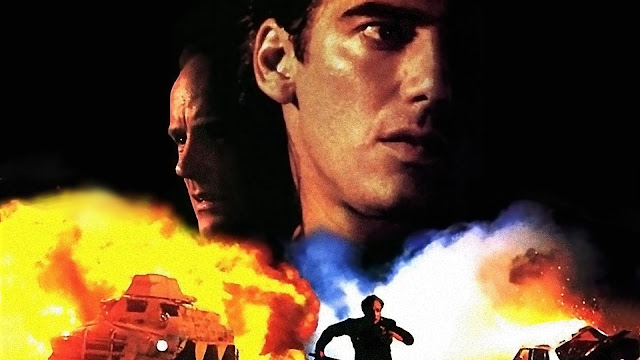 This Forgotten 90's Action Classic Finally Gets a Much Deserved Upgrade

In case you didn't already know it, The Taking of Beverly Hills is one of my favorite action movies. Not that that's all too surprising though, right? It has everything I love in a cheesy 90's action flick in spades, and boy does it deliver. I remember this being a film I caught randomly on TV (probably HBO or Cinemax) back in the 90's and sort of forgetting about it ever since. Flash forward a few decades and I randomly snagged this on VHS on eBay; threw it on one Monday afternoon on my day off and proceeded to have just the best time. It's a highly absurd slice of 90's Badass Cinema that caters to that very niche genre (the terrorist and the wrong place/wrong time/wrong guy who has to stop him) where you really have to suspend belief to enjoy it. But I'll be damned if I didn't enjoy every single second of it. I legitimately had the best time revisiting this.

What I love about this is that it's pretty much a nonstop ride of action and explosions (I'm talking about mansions literally getting blown to shit and a tank destroying half of Beverly Hills), where our protagonist, a rich football star (Ken Wahl), teams up with a cop (Matt Frewer) to stop this band of terrorists who have taken over the city, all played to a highly eclectic, yet fun and amusing 90's soundtrack that includes Janet Jackson's Black Cat and Faith No More's Epic to name a few. It's just a great time, plain and simple. It also works as a fascinating time capsule of 1991. You'll surely enjoy the mullets, big shoulder pads and dated decor immensely. 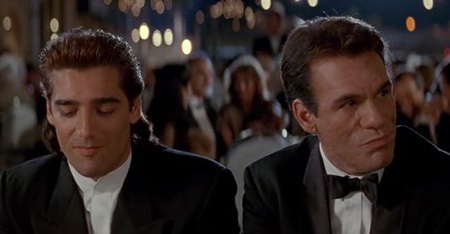 One of this film's most impressive qualities is in the casting of the legendary Robert Davi as the villain. Davi, as most of you all know, is always a genuine badass and makes any film he appears in so much better, and it's no different here. His presence alone elevates the material substantially.

Another element that doesn't get nearly enough respect about this particular film is just how fantastic it looks. Directed by Sidney J. Furie, a director who's made both good films (Iron Eagle, The Entity) and terrible films (Superman IV), with cinematography by Frank Johnson (The A-Team series), The Taking of Beverly Hills oozes style out of every pore, giving it such a slick aesthetic that it could very easily pass for one of the early Die Hard films. That's how great this thing looks, and now that we have this new HD transfer, I think more people will finally be given the chance to notice and appreciate that.

For starters, Kino's transfer is great, there's no question about that. But one of the biggest benefits from this new release is being able to see it in widescreen in HD for the first time here in the states. Before this, the only available widescreen version of this film was on Laserdisc, and with LD's having long been extinct, this particular release often goes for big money. I rarely ever found it for under $50, which could be because of it's rarity or the fact that it was the only way to ever see it in its proper aspect ratio. Either way, it was expensive and our only other option was VHS, in full frame. I could be wrong, but I'm not aware of an official DVD release of this here in the U.S., until Kino Lorber came along. 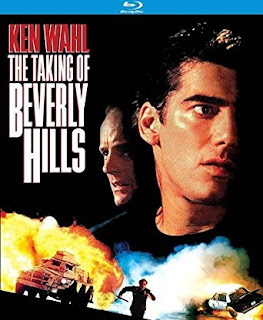 Like much of Kino's releases, this is pretty devoid of extras, save for a commentary by film historian Howard S. Berger and Sidney J. Furie biographer Daniel Kremer. You also get a trailer of the film. It's always a shame Kino doesn't go the extra mile and produce some new interviews or any other extra's that we really want to see. I'd love to see Ken Wahl come out of retirement and talk about his experience making this, his first and only big attempt at being a big budget action star after his highly successful Wiseguy TV show. Or hell, even Matt Frewer or director Sidney J. Furie. But alas, we got none of that. Luckily the transfer and sound quality are top notch. So you pretty much just get a great looking film, but that's it.

If you love action, and miss the big budget action spectacles of the 90's, then The Taking of Beverly Hills is for you. It's big, it's loud, and it's utterly ridiculous, but so much fun. You just can't beat it for sheer entertainment value alone.

Released by Kino Lorber in January of this year, it's available from any of your favorite online retailers for roughly around $20. For action fans, it's a Must-Buy.