This Criminally Overlooked Sequel Finally Gets the Respect it Deserves

Being a life-long horror, and most importantly, a TCM fan, I'm always dumbfounded as to why this film isn't considered one of the best in the franchise, or that it isn't valued for it's intensity and craftsmanship as not only a solid sequel to a successful horror franchise, but as a great horror film in general.

Is it a perfect film? Certainly not. But it carries a lot of weight in terms of quality, and you'd be hard-pressed to find another film in this franchise that looks and feels like a true TCM sequel the way this one does. The fact that it was made and released in '89/'90 is just icing on the cake, giving the film a very dark and gritty tone that elevates the material significantly. Even better is that it was made before the "shaky-cam era", which means it's a slick looking film, courtesy of Stepfather 2 director Jeff Burr, who really outdid himself here and infuses the film with so much style and slick visuals, that it's easily one of the best looking films in the franchise. 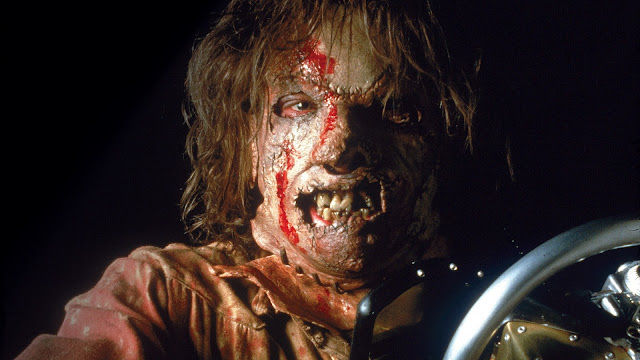 I think part of this entries lack of success may be due to the lack of gore. While there is plenty of violence found throughout, it's pretty devoid of any real gore, which is surprising for a film like this. A lot of it either happens off camera, or is pretty tame, mostly due to it's editing. And of course, we only have the MPAA to blame for that, slapping this film with an X-Rating until significant cuts were made to appease the board. And sadly, most of that cut footage is either lost or destroyed, so we'll probably never get a true Uncut version of this great film. So what we did end up getting in the Unrated Version is a mere few seconds of extra violence that is barely noticeable in a few key scenes, but nothing that would warrant an "Uncut" title. Still, they did and it is what it is.

Up until this point, we had only ever gotten a standard DVD release that contained both the R-Rated theatrical version, and the Unrated version. Now, before you get excited, let me just say that the so-called Unrated Version is a bit misleading. While the legendary KNB Effects Group do state that there was a lot of great gore effects shot, we'll never see it unfortunately. As I mentioned earlier, it's just a few extra seconds that can be hard to even spot. Yet the film is still strong despite of that. It's constant sense of dread, coupled with Jeff Burr's slick camerawork make up for the lack of gore content in spades. 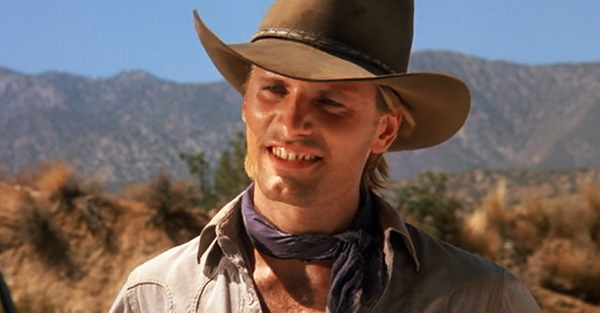 Leatherface: Texas Chainsaw Massacre III is easily my favorite entry in the franchise, while Tobe Hoopers sequel seems to be everyone's favorite for all the reasons why I hate it. This one is the one I revisit the most and the one I was most excited about to hear of getting an upgrade to Blu-Ray. For a film that takes place primarily at night, the new 1080p HD upgrade is a major win for the film, where all of the DVD release's issues like graininess and muted blacks are corrected for the first time and we can get the full "quality" experience since it's original theatrical release. It took me a short while to finally grab this, but I'm so glad I did. So let's dig in. 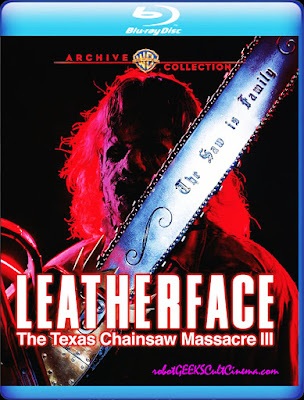 You'll be happy to know that this is the 85 minute Uncut Version. Though the differences between this and the Theatrical Cut are minimal at best, I'm glad Warner Archive chose to go with this cut rather than the other one. The transfer is incredible, making everything "pop", most notably the plethora of dark black's, which permeate throughout the entire film. The film has never looked better and even if you're just a casual fan of this film, the Blu-Ray is a must own in your TCM colletion.

The Special Features include:

- Filmmaker Commentary
- The Saw is Family: Making of Leatherface Documentary
- We Know What to do With Them Parts: Deleted Scenes
- Alternate Ending
- Theatrical Ending


These all seem to be imported from it's previous DVD release since they're the exact same ones. I will say though, they're fun to dig through regardless because you get a lot of insight into the films troubled production. One of my favorite extra's though has to be the Teaser Trailer, which really is brilliant and one of the best trailers for a horror film ever made.

A true horror classic in my book, and a criminally disregarded sequel in the franchise that begs to be revisited. Now you get the chance to, in it's best possible presentation.

Leatherface: Texas Chainsaw Massacre III is available from any of your favorite online Blu-Ray retailers.