90's Action Attack!: No Escape - One of the Best Films You Never Saw

By all accounts, No Escape is the very definition of a lost gem. Released in 1994, it would mark Ray Liotta's first solo starring role after riding the success of Goodfellas in 1990. Sadly, No Escape came and went with little to no fanfare during it's initial release and despite an impressive ensemble cast, high production value and under the reigns of James Bond director Martin Campbell, it went largely unnoticed. And that is quite frankly, a damn crying shame, because No Escape is arguably one of the best movies you never saw.

Captain J.T. Robbins (Liotta) is convicted and sentenced to prison for the murder of his commanding officer. Taken to a prison island by a sadistic warden with no means of escape, he must learn to survive and deal with the two opposing gangs of prisoners who solely inhabit this prison island. 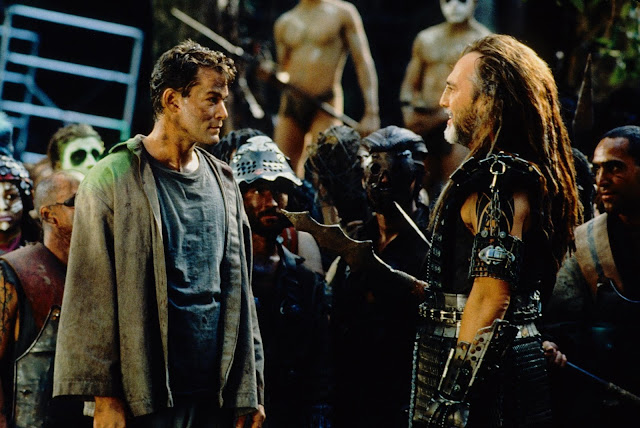 I must say, No Escape is a blast of a film from beginning to end. There was never a single moment that dragged or didn't offer an ounce of entertainment. The film moves along at a brisk pace, never spending too much time where it doesn't count. Director Martin Campbell, to his credit, infuses the film with so much style that it still blows my mind that most people just don't know who he is, and more importantly, are completely unaware of the fact that he's responsible for some pretty great films. Some personal favorites of mine would be Cast A Deadly Spell, Casino Royale, Goldeneye and The Foreigner, and of course No Escape. Let's just all forget he directed The Green Lantern.

While there's nothing mind blowing about this film in general (guy gets sent to an island prison and plans an escape), what it's able to do is deliver the goods in a fundamentally rich way, giving the film a high budget quality sheen, while also delving into the exploitation genre a bit. The films opening first act is fucking great, where our protagonist is going through the reigns of a futuristic prison. With the use of some great practical effects and model work, No Escape kickstarts a kickass 2 hours of thrills, action and excitement, only slowing down long enough to build up a small bit of tension before the next onslaught. And while the film primarily takes place on this prison island, it's not any less visually impressive or stimulating. Where Campbell could easily have gone the easy route by shooting handheld (which most directors choose to do in the jungle setting), he takes just as much time setting up shots and making it looks slick. 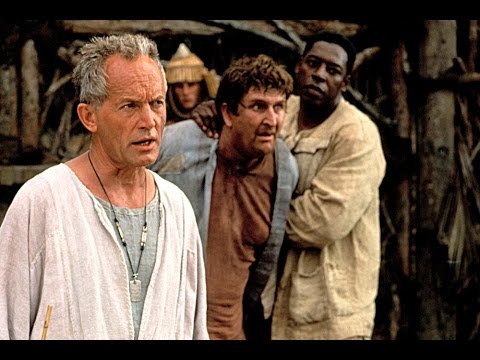 The cast is just epicly phenomenal in here. Ray Liotta, who never really hit it big as an action lead after this, shines as a true badass here. A lot of that has to do with his cold-dead stare, something not a lot of people can do, yet seems effortless for him. In the physical action department, he holds his own well and kicks a whole lot of ass. But it's in the film's large ensemble cast that also impresses. For starters, we have the legendary Lance Henriksen, here playing against type as a good guy, known as The Father, who plays sort of a father figure to the prisoners on the island. But we also get Ernie Hudson, Kevin Dillon, Kevin J. O'Connor and a ruthless Michael Lerner as the prison warden. Stuart Wilson, whom I know as the villain in Lethal Weapon 3, does a bangup job here as the charismatic, yet volatile cannibalistic leader of a rival prison gang. All in all, a great ensemble cast that elevates the film significantly.

It's a shame this film didn't do much business. While it's certainly gained momentum as a true cult classic since it's initial release and I'm happy that people are discovering this highly underrated gem for the first time, the fact that it wasn't an automatic hit just blows my mind. It literally has everything you'd want in a film like this, minus any nudity (sadly it's a strictly all-male cast). Excellent cast, superb direction that's slicker than it has any right being, a formidable villain, a badass Liotta proving he can carry a film all on his own, and some incredible action sequences that can stand up against anything the big hits of '94 were offering in your local theaters. In short, No Escape is a great thrill-ride full of beautiful locations, exciting action and impressive stuntwork, shot in a way that films just aren't made today. It's a reminder of when action directors took the time to set up impressive shots and set pieces, delivering both style and substance, with neither overshadowing the other. No Escape is begging to be rediscovered. 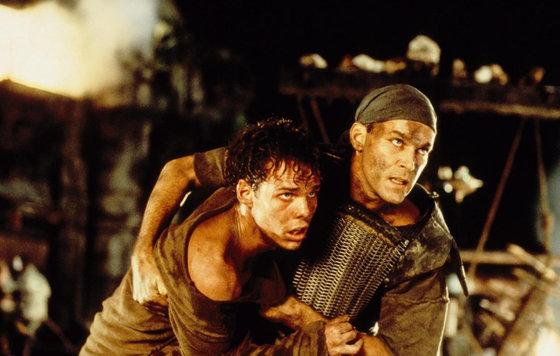 How to see it:
To date, an old DVD release from 1998 is the best version available here in the states. While the transfer is okay, for some reason you have to adjust the ratio on your TV because it won't play as a straight widescreen without some adjustments. But fret not, there's good news! Umbrella Entertainment in Australia are releasing this on Blu Ray for the first time under it's original title Escape From Absolom, which you can find HERE. The site says their in stock, yet they don't have a cover image available, so I'm not sure what's going on there. But you can bet I'm putting my order in now.

Posted by robotGEEK at 1:23 PM