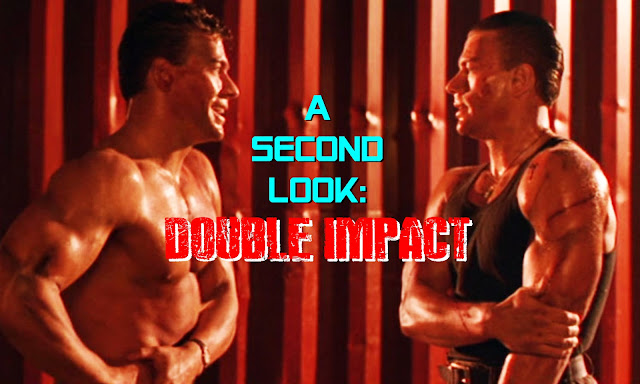 When Van Damme burst onto the screen in the mid 80's with brief "blink and you'll miss him" parts in notable cult classics, it's safe to say that I don't think anyone knew just how big he would become in just a few short years. When he was cast as in the title role of Frank Dux in Bloodsport in 1988, his career took off like a rocket and he became an overnight sensation. Kickboxer in 1989 would cement that status, and he just exploded from there. Each film he released became a certified hit, and by 1991, he was on top of the world. He had so much power as one of the biggest action stars on the planet, and Double Impact, his most Van Dammest, is the culmination of all that power.

In a lot of ways, Double Impact is the quintessential Van Damme movie. It has everything we'd come to expect and want from a JCVD flick, and having come up with the story, co-written, co-produced and co-starred himself by playing 2 different characters, Double Impact is the culmination of everything he'd worked so hard to achieve, and here he delivers the kind of film not only that the fans wanted, but a film that has his stamp all over it. 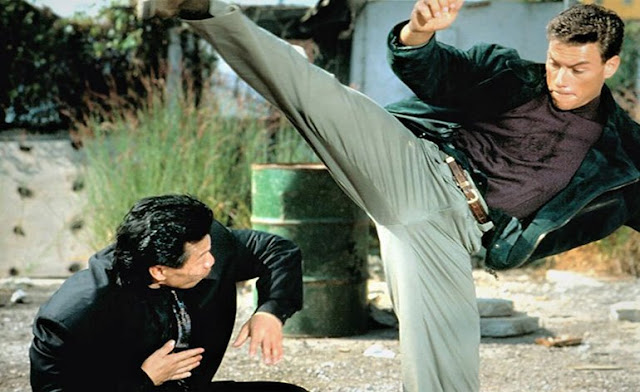 To say that Double Impact is cheesy would be an understatement. The fact that it gloriously wears it's early 90's heart on it's sleeve is just gravy. The bright neon colors, bright pastel colored clothes and decor, and very 90's "feel" all lend themselves to a totally unique experience in JCVD's filmography. Make no mistake, Double Impact rules. It rules hard. Even for the casual action fan, you just can't deny how fun and utterly ridiculous this film is, and that's what makes it so special. It's completely silly, but all played straight to great effect. You just know that while both writing and actually filming this, everyone involved is bringing their A-game to the table, and delivering the goods in a fundamentally rich way.

1991 was a different time, and a different era in the action genre. These were the types of films that would be big hits at the box office. Sure we can look at them now and laugh at how silly they are, but back then action was big business and flooded with up and coming action legends such as Jeff Speakman (who never quite succeeded the way he should have), Brandon Lee, Steven Seagal and of course, Jean-Claude. We still had Sly, Arnold and Chuck knocking films out left and right, but they're star had faded somewhat. Stallone was in the middle of a serious quality lull with bombs like Oscar, Rocky V and Stop! Or My Mom Will Shoot. Arnold was in far better shape though, with Twins, Terminator 2, Kindergarten Cop and Total Recall all being big hits. Still, we were hungry for new blood and it was Seagal and Van Damme to the rescue, often going toe to toe with each other at the box office. 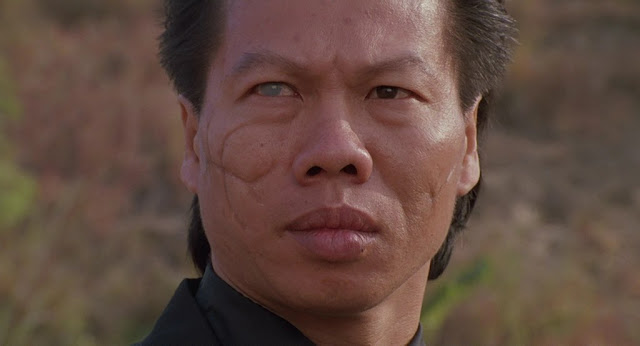 One of Double Impact's biggest strengths is it's impressive cast. It's the sort of cast you just don't see anymore, filled with notable character actors and badass henchman that rarely ever make their way into action films these days. For starters, we've got the legendary Bolo Yeung (Enter the Dragon, Bloodsport), here has a silent henchman to the film's main villain. He doesn't say a whole lot, but he sure knows how to make his point across through exaggerated facial expressions that more often than not, elicits a chuckle rather than a scare. But he's such a great presence and brings the level of awesome up significantly by being in here.

But wait! There's more! 6-Time Ms. Olympia champion and bodybuilding legend Cory Everson plays another henchman, only this time she's hot, sexy and deadly in her film debut, and man does she leave an impression. She's a total badass and despite the fact that this was her first acting gig, she was a natural. It's a shame she didn't go on to bigger and better things in the film world. She was really something special. Rounding out the killer cast is Geoffrey Lewis, Philip Chan, David Lea, Julie Strain (blink and you'll miss her) and the Hologram Man himself, Evan Lurie. You may not know some of their names, but you'll certainly recognize their faces. 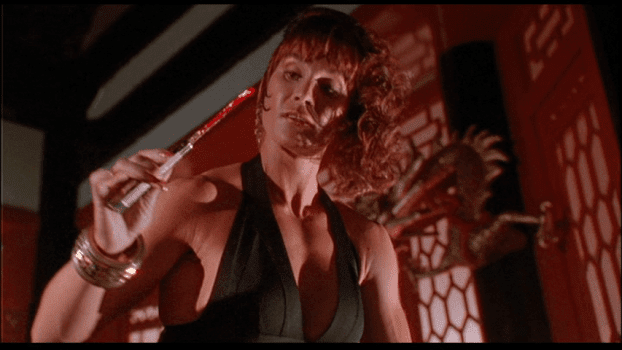 For Double Impact, JCVD re-teams with his Bloodsport (writer) and Lionheart (writer/director) collaborator Sheldon Lettich. Lettich, who's only directed 8 films in his career, hasn't always been the best or most reliable director, but we can all be thankful that at least with both Lionheart and Double Team, he delivers the goods. He's not the most visual director, but damnit if he doesn't infuse the film with a fun tone, an infectious charm while also delivering some great action set pieces. 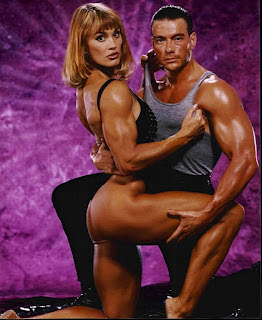 Van Damme, for his part, is the heart, meat and bones of the film. And it's hard not to think of it purely as a vanity project for him. Not only is he playing 2 completely different roles (allowing himself to play both the tough bad boy, and the sweet charming good boy), but he made sure to integrate everything we'd come to expect from a fun action movie, while also making it a 100% Van Damme experience too. I think the totally random and unnecessary love scene was the clencher, and really, the only thing missing that I'm shocked he didn't include was his trademark "ass shot". You just gotta love him.

Whether you're looking for a great cheesy action movie, or need a reminder that JCVD did make some pretty great films back in the day and was one on top of the world, look no further than Double Impact; a glorious time capsule of the early 90's that will make you fall in love with JCVD all over again.


How to see it:
Lucky for us, most of JCVD's classics are easily available on every format including blu-ray, which run insanely cheap these days, which is how I revisited it recently. Not a big fan of the new cover art, but at least the HD transfer itself is great. And you just can't argue with the price point. Be sure to keep your eye out for the new Lionheart 2-Disc Special Edition coming to us via MVD Rewind Collection in June. Get your  pre-order in today!