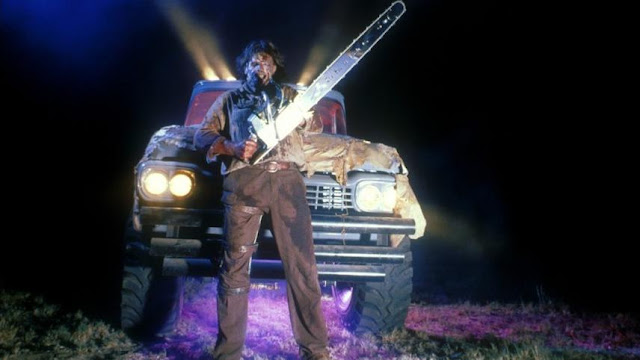 "Warner Archive digs deep into their vaults for this forgotten sequel that is better than people give it credit for, in a much-needed upgrade"

Yes, you read that right. Warner Archive just announced that this often dismissed 90's classic will be getting the Blu-Ray treatment next year as part of their ever-growing Warner Archive Collection line. No word yet on whether it will be the Theatrical or Uncut version, but if memory serves me right, there are several alternate, rough cuts and workprint versions out there in various formats in different regions. The U.S. DVD claims to be Uncut, but doesn't really feel like it. If it is, the additions are incredibly minor because most importantly, there's still no gore in it. 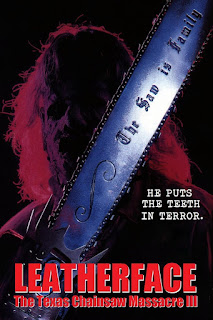 Regardless of whether it's the Theatrical or Uncut version, a Blu-Ray upgrade will be a very welcome addition to any Chainsaw Massacre collection. I know this one tends to get more flack than any of the other ones, which really blows my mind since I honestly cannot stand Part 2.....at all. I do know though that I'm in the minority with that sentiment. I know Part 2 has a huge fan base. I just don't get it. I mean, there are things I do like about it, like Savini's effects work, Tobe Hoopers solid camerawork, and the production design. Oh, and the score was killer too. But it just annoys the fuck out of me. I can't get into it. So Leatherface was a nice surprise for me. It's dark, brooding, intense and Jeff Burr shot it really, really well. Probably better than it deserved and may be his most visually and technically best picture to date. More so, it's my personal favorite of the entire series, and the one I pop in more than any of the others. But that usually tends to be how it works with me. I usually end up loving the sequel that nobody likes more than any of the others. Sure there's virtually zero gore (it all happens off camera), but what it lacks in the gore department, it makes up for in style and atmosphere. I know I'll definitely be adding this to my collection. Will you??

No word yet on any supplemental material or release date, other than it's slated for 2018. I'm also assuming that in keeping with their current trend, they'll stick to the original poster art. I'll post any updates as soon as I learn of any. I, for one, am pretty excited to get to see this in an upgraded HD transfer. 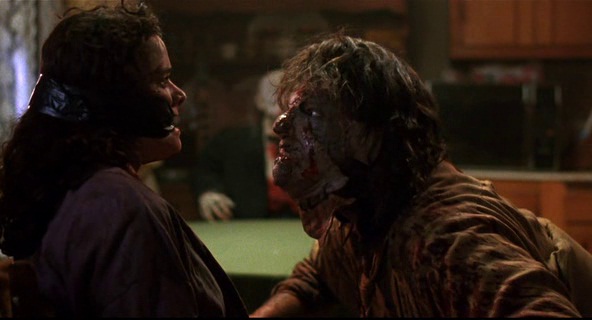 Posted by robotGEEK at 3:16 PM