A Second Look: Licence to Kill 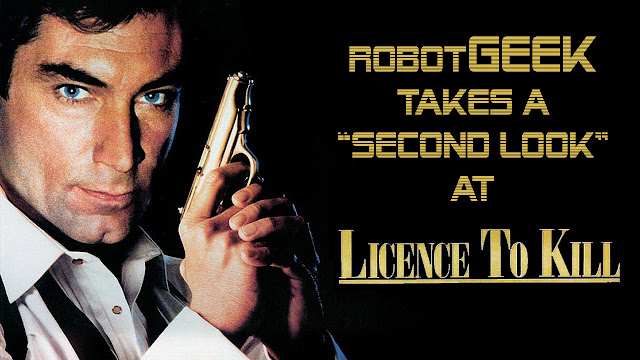 "Timothy Dalton's second stab at 007 offers a more brutal, violent and sinister James Bond film than we'd ever seen before"

By the time Roger Moore did A View to a Kill in 1985, it was painfully obvious that he was getting too old for the role of James Bond. Moore would take on the role of 007 a total of 7 times, and some feel that it was 7 too many. For me personally, Moore is the James Bond I grew up with. Having been born in the mid 70's, his films were the ones I remember growing up and I guess in a sense, he will always be "my" James Bond. As I get older, I revisit or check some of them out for the very first time, and having lived through 4 different Bond's so far, his take was certainly a more tongue-in-cheek approach compared to the others. I can also admit that some of his films just aren't all that great, or even good. A View to a Kill, his swan song, was undoubtedly a big let down for myself and many fans. It had so much potential, and had so much going for it with it's killer Duran, Duran theme song, Christopher Walken as the villain, Grace Jones as the villainess May Day, the sultry Tanya Roberts as that films Bond Babe, and even a blink-and-you'll-miss-it Dolph Lundgren (then an unknown and Grace Jones boyfriend) as a bodyguard. Yet it was saddled by too much talking and not enough action or thrills. In short, it was boring and for a film made in '85, it's a bit of a shock it turned out so badly, especially since it was Roger Moore's final performance in the role.

The producers took some time to re-evaluate and figure out where and how to proceed, and one of the frontrunners was Welsh actor Timothy Dalton, who most would remember as Prince Baron from Flash Gordon. Though Pierce Brosnan was actually hired for the role, his contract with Remmington Steele wasn't quite done (though the series had technically finished) - another studio decided to give it another season at the last possible minute, shattering his ambition to finally take on the role he so desperately craved. Considering how the next 2 Bond films performed, some would argue that it was a blessing in disguise. When Dalton stepped in and took on the role, he wanted to go back to the basics of what made Bond so intriguing in the first place and stray from the humor that Moore had brought to the character. Primarily, Dalton wanted to go back to Ian Flemming's books, and portray him the way Flemming had written him on paper. Dalton's approach would be more subdued, and dead serious. No jokes, and very little of bedding women. He had work to do, and work was what would be the most important to him. This new serious take on the character was a bit jarring for filmgoers who had grown accustomed to Roger Moore's more "wink in the eye" portrayal for 11 years. Still, there were those that felt Dalton was a welcome addition to the franchise and when The Living Daylights hit theaters, it was successful enough (the truth is that it's the best James Bond movie ever made), prompting them to move forward with Licence to Kill.

When Licence to Kill premiered in the summer of 1989, nobody knew, including the films producers and distributors, that releasing a big film in the summer of 1989 (the first certified summer of the blockbusters) would be a death sentence. 1989 saw the release of massive box office blockbusters such as Ghostbusters II, Lethal Weapon II, Indiana Jones and the Last Crusade and most importantly, Tim Burton's Batman among a large list of hits. And because of this, Licence to Kill got lost in the shuffle and was forgotten as quickly as it had premiered. It was also big departure for the character and franchise. In this one, Bond goes rogue after the attempted assassination of his partner and unfortunate murder of his partner's wife at the hands of Mexican drug kingpin Franz Sanchez (a legendary Robert Davi). When Bond disobey's orders to leave it alone, he's stripped of his status and decides to go after Sanchez personally to kill him. This time out, 007 was out for revenge. And it's with this that Licence to Kill ultimately became the most violent (up to this point) and first PG-13 rated film in the franchise. This may also have been too shocking or surprising for most Bond fans too, which would explain it's lackluster performance. While it didn't bomb, it didn't make hardly anything over it's original budget either, and because of this, the franchise lay dormant for 6 years before the massive hit Goldeneye in 1995, this time with Pierce Brosnon. During the 6 year hiatus, Dalton had already made the decision not to return to the role, opening it up for their original choice of Brosnon.

When I watched Licence to Kill a few months ago when I was hitting the Bond films pretty hard thanks to Hulu Plus, I liked it, but I didn't love it. I'm not really even sure why exactly. It was good, and the cast is phenomenal. John Glen, returning to the directors chair for the 5th and final time in the James Bond franchise, offers tight visuals and some excellent action. Yet, somehow, it just didn't connect with me. When I look back on it, it may be because I was trying to absorb so many of them in such a short amount of time. And I didn't follow any type of pattern either, instead jumping all over the place from actor and decade. But one thing remained clear. The two Timothy Dalton 007 films were the best I had seen out of all the ones I devoured. Since a few months had passed, I decided to give it another shot. Maybe since I hadn't watched a James Bond film in a while, it would feel different?

The answer is a big fat "YES", and I loved every violent, bloody second of this. This time the film struck a chord, and it was so much better than I remember it being just a few months ago. The dead-serious revenge aspect totally kicks your ass and makes for a far more intense Bond flick than you're expecting, and honestly, it's a far better film than it probably deserves. When you think of the best, most violent and intense Bond films, you're mind doesn't automatically come to the Timothy Dalton era, and that's such a travesty really, because the truth is that they actually are. The Living Daylights is surprisingly the most effective, efficient and most entertaining Bond film ever made. It has it all, and is one of those rare examples of all the right talent falling into place at just the right time. When the producers decided to keep this vibe alive, they took it a few steps further with this next installment. The result might have turned off a few people, but at the same time, the mass audience was still trying to adjust to their new James Bond, after having grown fond of Roger Moore for 11 years. And the industry truth is that it usually takes about 3 films for people to get accustomed to a new Bond and for that new Bond to find his groove. So really, Dalton just didn't stand a chance, which is a shame because he's become my favorite Bond and his 2 Bond films are my favorites. 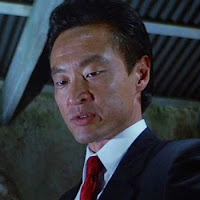 It can be said that nearly every single 007 film has a great cast, and that's actually accurate. They all do, and Licence to Kill is no different. But the one bit of casting that got me really, really excited was Robert Davi playing the lead villain. I just love him to death. I love so many of his movies, most of which are some of my all-time favorites, and love even more that he goes from big budget to low-budget quite frequently. They really couldn't have picked a better actor to play the villain, and here, he's in his prime. The rest of the cast is equally impressive. Everett McGill (Twin Peaks, Under Siege 2), Cary-Hiroyuki Tagawa (Mortal Kombat, Showdown in Little Tokyo), Carey Lowell (The Guardian) and a very young Benicio Del Toro. In fact, at 21, Del Toro plays the youngest Bond villain in the franchise. The cast is rounded out with a slew of other notable character actors, all bringing their A-Game to the table, giving Licence to Kill one helluva killer ensemble cast.

Most of the criticism stems from the film's final act, where the action is dialed up to 11. Much like any James Bond film, the action gets a bit absurd, yet for some reason people love to give this one more of a hard time than any of the others. Namely for 2 sequences involving a tanker truck; one where it rolls on it's left side narrowly missing a missile coming towards it, and the other where it literally does a wheelie to avoid catching fire. Is it a bit cartoony? Certainly. But is it any less awesome? Not in the least. I've seen far sillier action sequences in other 007 films and it's become something we expect. If you're not rolling your eyes at the absurdity of it, you might find yourself actually enjoying this awesome bit of stunt work found in this one. And the film is full of killer stunts, right from it's opening sequence. 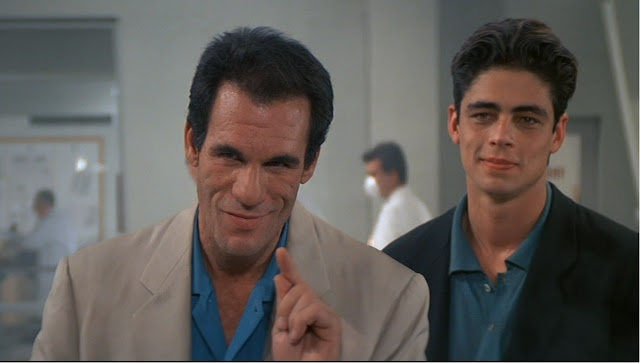 Ultimately I think Licence to Kill, and the casting of Timothy Dalton has been unfairly maligned. It's taken a few decades, but fans are finally beginning to appreciate this bastard child of the James Bond universe. To be quite frank, it's one of the best in the entire series, and my current personal favorite. While I still feel The Living Daylights is technically the best Bond film overall, this one is my favorite and the one that carries the most re-watchability for me. I love it to death and it deserves to get more respect and love than it's received. We're getting there, but it's still not quite as popular as it should be. Give it a watch, or revisit it. I'm willing to bet it's a far better film than you remember it being. And the best part? It's easy to get these days. It's currently streaming on Hulu Plus, but you can pick up any number of it's many releases on DVD and Blu Ray for a really low price, usually around $5.