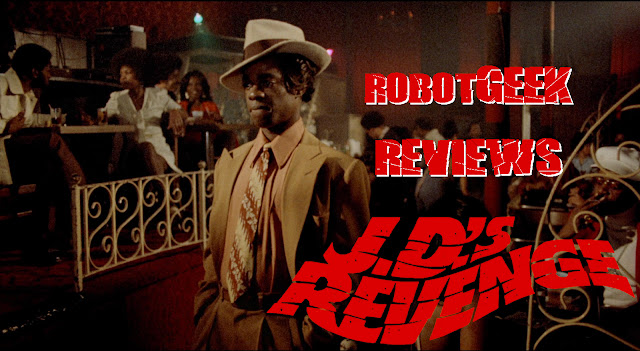 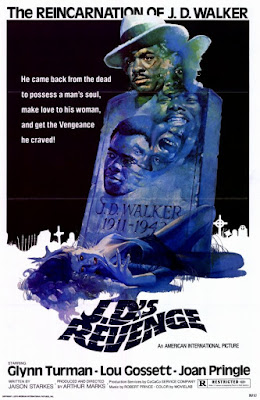 Going into this, I had actually never heard of this film until now. Given that I've never really hit the Blaxploitation genre hard, that's not all that surprising. Sure we're all aware of the classics, even if we've never seen them, but this one seems to be one of those that fell through the cracks of the mainstream audience. But that's what makes companies like Arrow so great. With their new restorations, they're able to introduce many of us to these lost classics for the very first time, while giving fans a new transfer to seek their teeth into. So let's dig in.

When Isaac (Glynn Turman), a law student and cab driver in 1970's New Orleans, begins having visions and flashbacks of someone else's life after being hypnotized during a stage show, he ultimately discovers that he's being possessed by the spirit of a dead gangster from the 40's, who wants to exact revenge for his murder.

I have to say, this one was quite the pleasant surprise for me. What I assumed was a standard Blaxploitation film at first, became something totally and tonally different by the second half. Best of all, it's a strikingly competent film, made with some impressive care and precision. Of all the things that impressed me the most, it was how well it was made for a film I was half-expecting to fail in that department, because when you look at how so many of these were made, the majority of them were done fast, loose, and with very little care in how the film looked. In short, they looked cheap. Yet here, director Arthur Marks gives the film a much more solid aesthetic than you're expecting. It's not overly stylish, but it's a far more polished production than you'd expect, and that's a good thing.

The cast is exceptionally fantastic here, starting with Glynn Turman as the lead. A tirelessly working character actor who continues to work today, you'll more than likely remember him as the science teacher in Gremlins, whom Billy takes Gizmo to in the hopes of trying to figure out just what he is. Turman is a revelation here, essentially playing two completely different roles, oftentimes mixing the two together impressively. His ability to play mild-mannered and meager Isaac one minute, and shift over to loud-mouthed trash-talking J.D. Walker the next is incredibly impressive and seems effortless. Then there are the moments when he's fighting the spirit that ultimately takes over, where he's coming in and out of Isaac and J.D. simultaneously. It's incredible to see. If you weren't a fan of Turman before, you most certainly will be now. 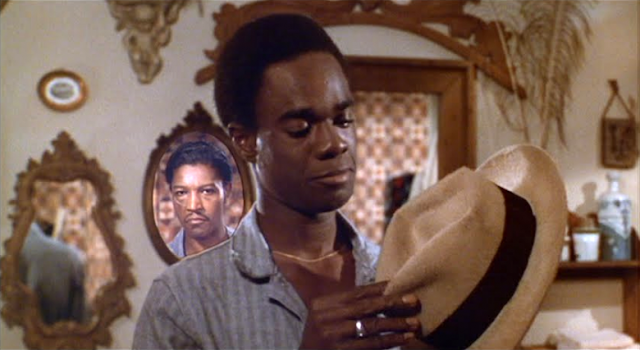 Then there's the one and only Louis Gossett Jr., here billed as Lou Gossett, who steals the show in every single scene he's in as the the Reverend Elija Bliss. I won't spoil it for you here, but just know, he rules and proves once again that he's hands-down one of the best in the business.

The two female leads, Joan Pringle and Alice Jubert, are also notably excellent. Pringle, here playing Isaac's faithful and loving girlfriend does an outstanding job with the dramatic elements, especially once Isaac begins to slowly change, and she succumbs to the spirit of J.D.'s abuse and control. Jubert, here playing the sexy daughter of the Reverend Bliss, also does wonders with her role, whom I might add actually ends up playing dual roles. I found it oddly surprising that Alice Jubert only acted in 5 roles, with this film being her last....41 years ago. And there's virtually no information on her online, so I have no clue if she's still alive or why she hasn't acted in 4 decades when she was actually very good and stunningly captivating. I think most people will be surprised that the acting is spectacular across the board in here.

What makes this film so unique in the Blaxploitation genre is that it doesn't have any action.....at all. Instead, it chooses to dive into the thriller and horror genre's, which totally surprised the hell out of me because it's so effective and works marvelously. I can see now why it's such a cult classic, and why the good folks over at Arrow decided to help spread the word on this long-forgotten slice of 70's cinema. It's a film worth seeking out, no matter what genre you happen to love. It's a surprisingly great and highly entertaining film all around, even if you're not generally a fan of these types of films, and Arrow, once again, did another bang-up job on this release.

As to be expected, Arrow did a phenomenal job on this release, beginning with the transfer. Being that I've never seen any other release of this film before this, I don't have anything to compare it to, but just based purely on my experience watching this one, the transfer is incredible. Somewhat grainy, saturated in browns, yellows and orange (exactly what you'd expect from a low-budget film from 1976), yet sharp in their contrast, which sounds like a contradiction but in reality, it isn't because it somehow works. On a visual level, it's a gorgeous image. 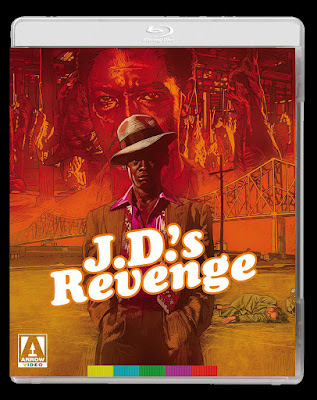 The Specs:
The audio is solid with it's 1.0 mono sound presentation, and the new interviews with star Glynn Turman, director Arthur Marks and writer Jaison Starkes are well worth the price. Turman's interview is fantastic, as he discusses in detail his experience getting the job and his way of working with the material as well as his fond memories of all of his costars. He's such an underrated actor with a strong presence and I really hope more people will discover this lost gem. Too bad they couldn't get Gossett Jr. to do an interview. However, if you look at his IMDB, it's no surprise. The man is insanely busy these days.

What kind of blows my mind is how different screenwriter Jaison Starkes is compared to the kind of person you wold think would write something like this. The same goes for director Arthur Marks, who is not at all who you would expect to be as the director behind the camera for this 70's Blaxploitation/Horror hybrid. I love that about this film though, because it's yet another example of the many surprises in store with the experience of J.D.'s Revenge. An experience well worth taking.

Posted by robotGEEK at 9:36 AM