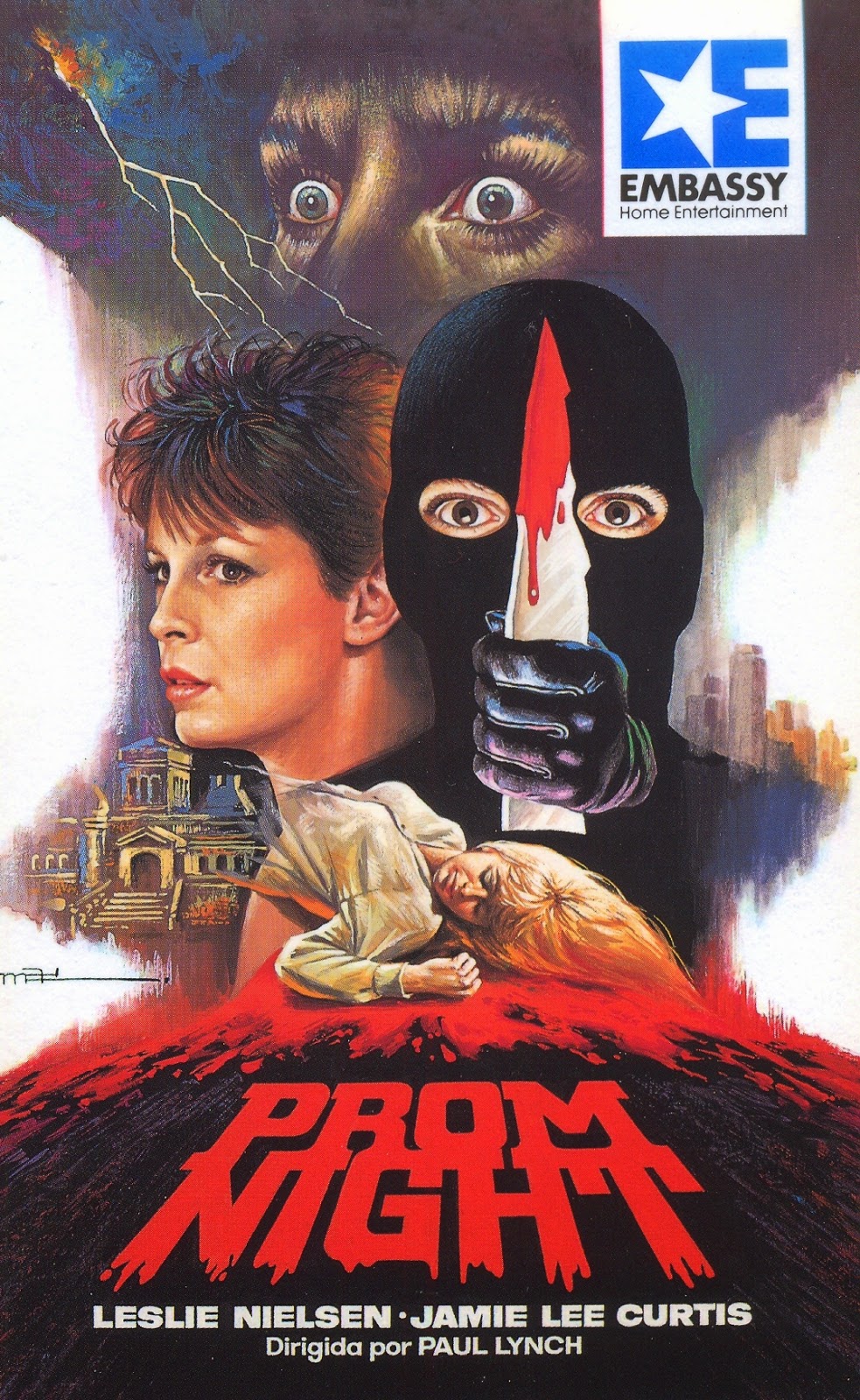 This low-budget slasher came out in 1980, the same year Jamie Lee Curtis also starred in John Carpenter's vastly superior The Fog, Roger Spottiswood's Terror Train, and 2 years after Carpenter's genre-defining masterpiece of horror Halloween. I think it's more than safe to say that by this time, Curtis was enjoying a healthy career in the horror genre; a certified Scream Queen if you will. As it does for so many of us, October gives us some extra motivation to check out some horror films, whether new or old. It's just the perfect season for that and so I felt it was finally time to check out this classic in the slasher genre. So how does Prom Night hold up circa 1980?

Prom Night was okay. If you're looking to fill your night with an old school horror film, there are better ways to spend your time. It seems that Prom Night came out in the middle of the original slasher craze, which was spearheaded by John Carpenter himself 2 years earlier. That's all fine and dandy, and as with any new craze, quite expected. But here's the problem; most of them aren't very good, for a number of reasons. 1981's The Burning is a prime example of that. These types of films feel like all they need is to have a mysterious figure running around murdering kids until the final big reveal at the end and that we'll be fine with it. For most people, that's just fine, and it's clearly evident in the cult status films like Prom Night and The Burning have amassed, but that shit don't jive with me.

There were a few things I liked about this, but more things that I didn't. On the plus side, I like the year it was made, and the look and feel of 1980. Such a wonderfully visual time for me, and I've just always loved how fashion, music and design transpired during this time period. I'm a total 80's kid, and in this department, Prom Night boasts some pretty awesome aesthetic. Another plus to the film, which is totally random by the way, is there's a way too long dance sequence during, you guessed it......prom night, that is so insanely ridiculous and fun that you just can't help but love it. Like, had the production spent just as much time on the effects/kills/gore that they did on choreographing this out of left field dance number, then Prom Night could easily have been a decent and passable slasher. Unfortunately, that is where my love the film ends because for me, there were too many things that I didn't like that far outweighed what I did like about Prom Night.

Where to begin? I found it hard to invest fully in this because quite surprisingly, it's really slow and dull. The complete lack of gore, violence and really any blood in general didn't help. One thing I noticed almost immediately was that most of the kills happened off screen, and if there was one captured on camera, it wasn't anything to get excited about. You'd think that when you make a slasher film, the money shots are going to be in the kills, but sadly, that's not the case here. And while most of these issues could have been overlooked had the film at least been a fun film, then that would have been something, but Prom Night's low-budget amateurish quality really relies on some gore content to make up for the lack of pretty much everything else and for that, Prom Night fails. Paul Lynch is a very uninteresting director and his lack of vision really stops Prom Night dead in it's tracks.

I have yet to see the PG-13 remake from 2008, but word on the street has not been good at all. Admittedly, I'm still curious because while it may not be a good film, maybe it could possibly be a train wreck in the best possible way? Maybe one day I'll take that leap of faith and give it a shot, because until then, Prom Night will just leave a sour taste in my mouth.
Posted by robotGEEK at 3:26 PM