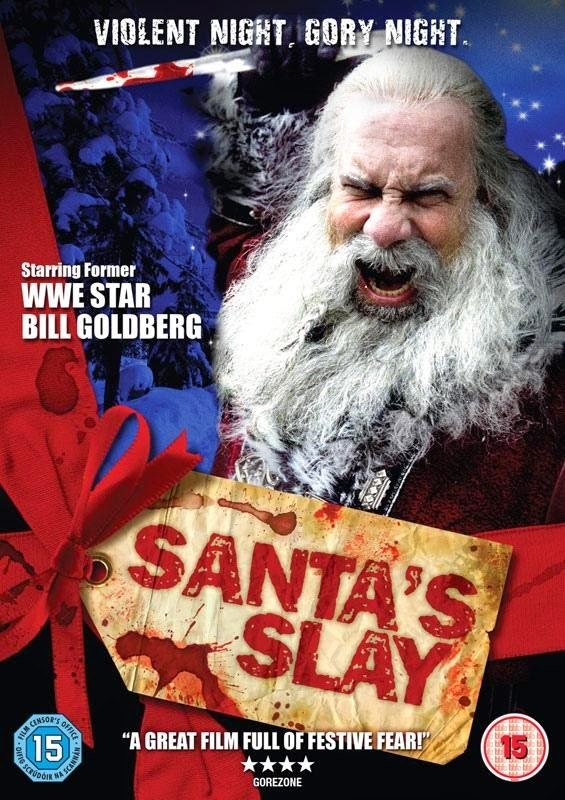 What can you say about a film that begins with the killing of James Caan, Fran Drescher, Chris Kattan and Rebecca Gayheart at a Christmas dinner before the credits even begin? One word pops to mind; awesome. That opening is only the tip of the iceberg for what you have in store with Santa's Slay, a film that by all accounts shouldn't be as good or nearly as entertaining as it ends up being.

Here's the thing, writer/director David Steiman knows exactly what kind of film he's trying to make, and gleefully succeeds when many others have failed. Santa's Slay is a ridiculously bad horror film, but in the best possible way. And it's not by accident, as so many others have become. Steiman has crafted a true low-budget horror film so silly, and so ridiculous that by embracing the "absurd", he can more or less pull off what many others have done by accident. What does that mean exactly? Well, often times when a bad low-budget horror film hits the market, more often than not, it's embraced for it's sheer ineptness by inexperienced filmmakers taking a stab at the genre and more or less thinking they're actually delivering an honest to goodness horror film. Farm House anyone? But Steiman knows what he's doing, and has no false hopes that he's delivering a solid horror film. Nope, he's making a film about an evil Santa who's 1,000 year old curse has been lifted, leaving him with the ability to finally go out and start killing again. Yes, that's the kind of film you're in for and it's oh so much fun.

Santa's Slay will boast a few things that will surprise you right off the bat. For starters, it's casting never stopped impressing me. When a film begins with the immediate slaughter of stars like James Caan, Fran Drescher, Chris Kattan and Rebecca Gayheart, you know it's going to be something that will be better than you were expecting, and it is. Superstar wrestler Goldberg as Santa, while an odd choice, is about as perfect as you could have hoped for in the role; growling, grunting and delivering terrible one-liners and puns in the best possible way. But then they throw in other notables like Robert Culp as a seemingly crazy and conspiracy proned grandpa, esteemed character actor Saul Rubinek in an all too brief role, Dave Thomas as a sleazy money hungry preacher and even Tommy "Tiny" Lister in a strange cameo as a gas station attendant, and you have a recipe for "WTF? entertainment". Shit, Brett Ratner produced the damn thing! How crazy is that?! 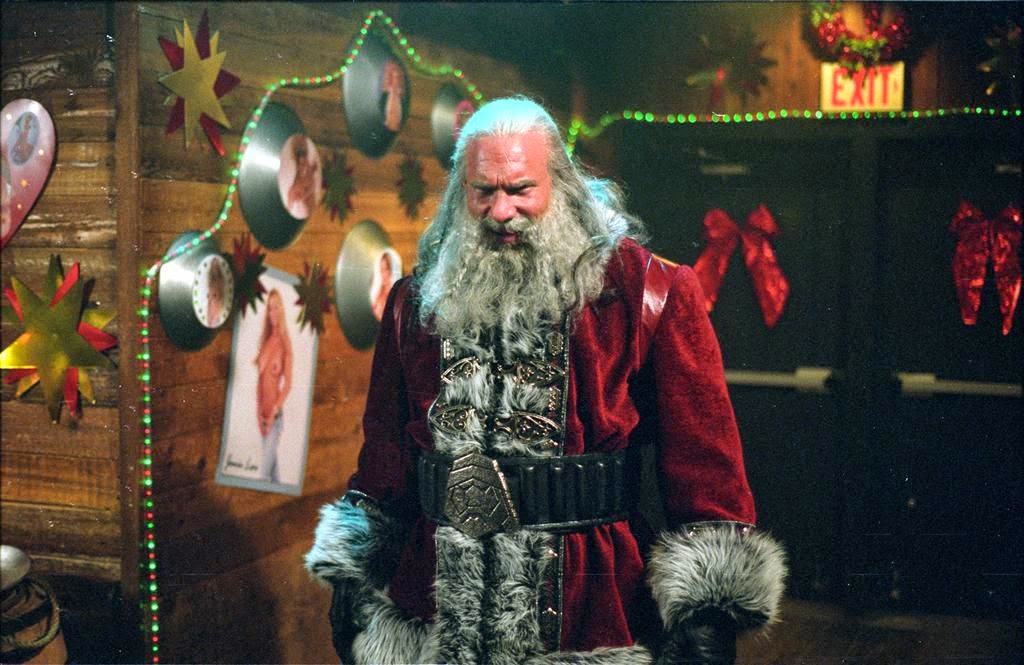 Another aspect that will certainly surprise many others is that while writer/director David Steiman has never made another film as he's only been an assistant to Brett Ratner on several of his films, the last being in 2002, surprisingly, Santa's Slay is made rather competently. I mean, the film looks good, which isn't something you can say very often with low-budget horror films. Add to that the solid structure, the enjoyable performances (with the exception of the main teenager) and the better-than-you'd-expect production value, and Santa's Slay is pretty much a home run in terms of sheer Bad Movie Night entertainment value. The film is ridiculous, it knows it's ridiculous, and instead of taking itself too seriously, it just runs with it and it's all the better for it.

If I had any complaints to make, it would be just two. The first would be that for all it's creativeness, and it's willingness to embrace the absurd, Santa's Slay never really goes as far as you would expect it to in the gore department. Sure, there are a ton of killings here, but none of them ever reach the level of anything found in say, the Hatchet films. A few killings are quite clever, and a few others stand out as pretty violent, but for a film that is essentially about a killer Santa running around killing random people throughout the entire film, you definitely expect way more in the practical effects and gore department. My second issue would be that the ending also never quite lives up to the buildup. When the final showdown occurs, you're surprised that it's all over so abruptly. You sort of take it as a final step to a bigger finale, but then that finale never comes and you're left wondering "Is that it?".

Overall, despite it's lacking finale and gore content, Santa's Slay offers so much in the way of flat out entertainment that it's hard to let this two issues ruin the experience, because when it's all said and done, this film gets right what so many others get wrong. I'd always seen this, even recently, at my local video store for years as I browsed the horror section, but never thought to actually pick it up. That is until I had read about it somewhere in a list of underrated horror films. Sometimes all I need is one positive word to get me to invest in a film, and thankfully, with this film in particular, it paid off.
Posted by robotGEEK at 3:00 PM