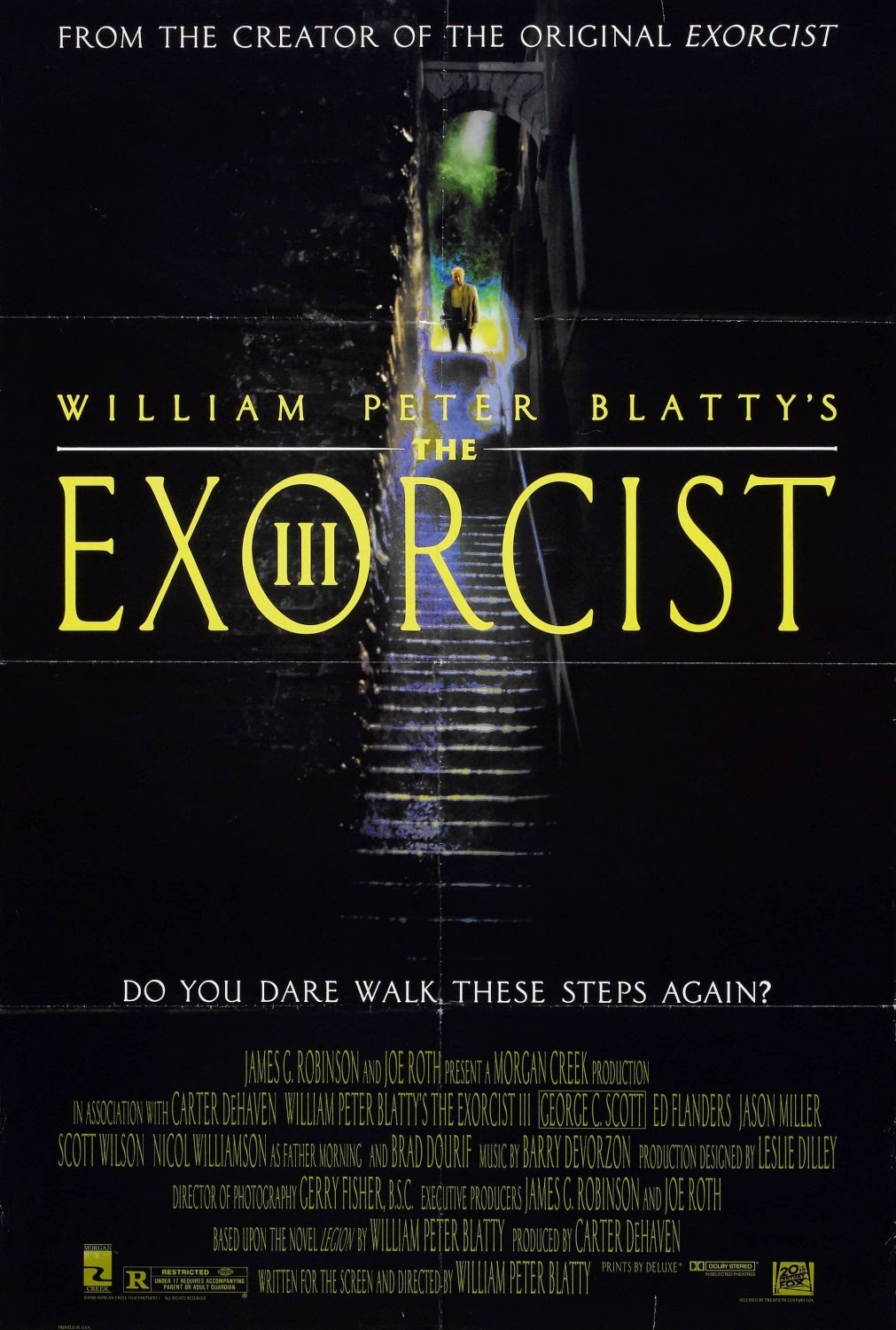 Every so often a film reminds me that in the flood of mediocrity, there is a gem of true originality and talent that for whatever reason, flies under the radar of mainstream success, yet will knock your socks off and kick your ass if you give it just half a chance. One of those films is William Peter Blatty's The Exorcist III, and it is fucking awesome.

Much like Psycho II, Exorcist III is a much better sequel than people give it credit for. Released in 1990, 17 years after the release of the first one, original Exorcist author and screenwriter William Peter Blatty, who had also written the book of which this film is based on, steps behind the camera this time around as both the films writer and director. Some may wonder why Morgan Creek would put that much power into the hands of someone who'd only ever directed one other film before this, primarily working as an author and screenwriter. Initially, the directing reigns had been offered to the original Exorcist director William Friedkin, and even horror legend John Carpenter, but both would eventually turn it down leaving it to Blatty to take the job himself. But once you see Exorcist III, you'll realize he was the best man for the job because Exorcist III is steeped in a gritty, rich visual style that would be hard to duplicate with anybody else behind the camera. While the thought of Carpenter directing this baby makes me all giddy inside, the more I think about it I realize it would probably resemble his little masterpiece The Prince of Darkness a little too much.

Taking place 15 years after the events of the first film, and ignoring the second film altogether, Exorcist III's main protagonist is Lt. Kinderman (George C. Scott). Investigating a series of gruesome murders with a satanic edge, Kinderman begins to believe that they are the work of the Gemini Killer, who was thought to be deceased. Baring many similarities to the dead killer, Kinderman begins to suspect that something much more sinister is happening when he soon discovers that his old friend, Father Damian Karras (Jason Miller), also thought to be deceased after throwing himself out the window at the end of the first film, is in fact alive and catatonic in a mental hospital for the last 15 years, until waking up recently and claiming to be the Gemini Killer. 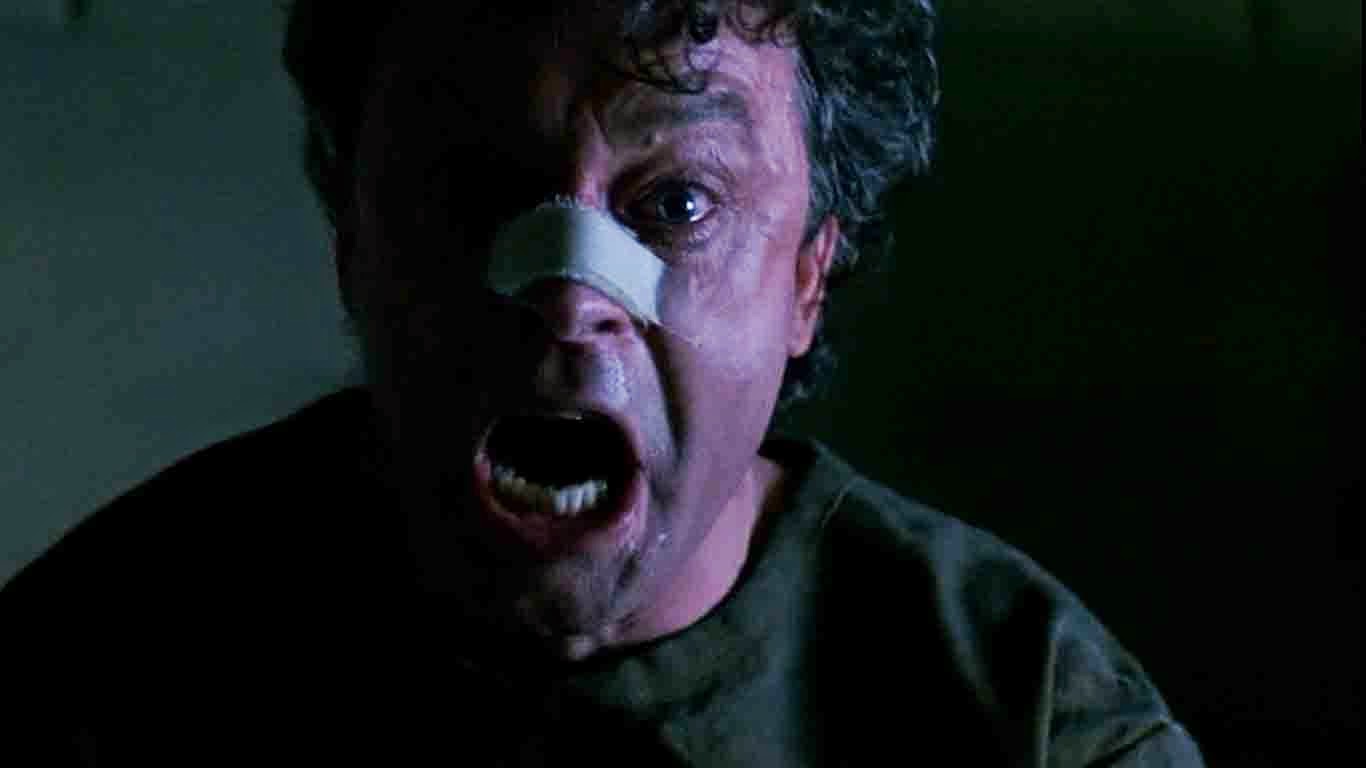 I think one of the things I found most interesting is that above all else, Exorcist III looked and felt more like
a hard-boiled detective thriller than a horror film. In fact, it flat out is a thriller in the best sense if you ask me. It's really rather surprising too because you don't expect it obviously with a sequel to one of the biggest horror films of all time. The film excels in it's grittiness and use of the subject matter though, taking it in a completely different direction, which I think has and will take most people by complete surprise. Taking the structure of a detective thriller with a slow-burn approach I feel was a smart move on Blatty's part because it allows some truly memorable exchange between characters and some really excellent dialogue. Seriously, aside from the visual aspect, which is brilliant if I haven't already made that clear, about a good 20 minutes in we kept remarking how great the dialogue was in this and really, quite clever. I will warn you though, it's all rather complicated with a very detail-oriented storyline so you "need" to pay attention or you'll be lost.

If you follow me, then you know that more than anything else, being an artist, I'm a very visual person. I'm of the belief that if you're going to take the time and spend the money to make a film, why not infuse it with some style as well as substance? Too many films these days languish in lazy filmmaking to the point that if I'm not at least invested by the visuals, I'll more than likely be bored. For me, a movie can be terrible, but if it's pretty to look at, then at least it has "some" redeeming quality and I'll more probably enjoy it just as pure visual eye candy. So when a film like this comes along and wow's me not only from a structural standpoint, but also from a visual one, well then I'm pretty much sold and Exorcist III delivers tenfold on both fronts. But it's really from it's visual impact where this film really soars for me. 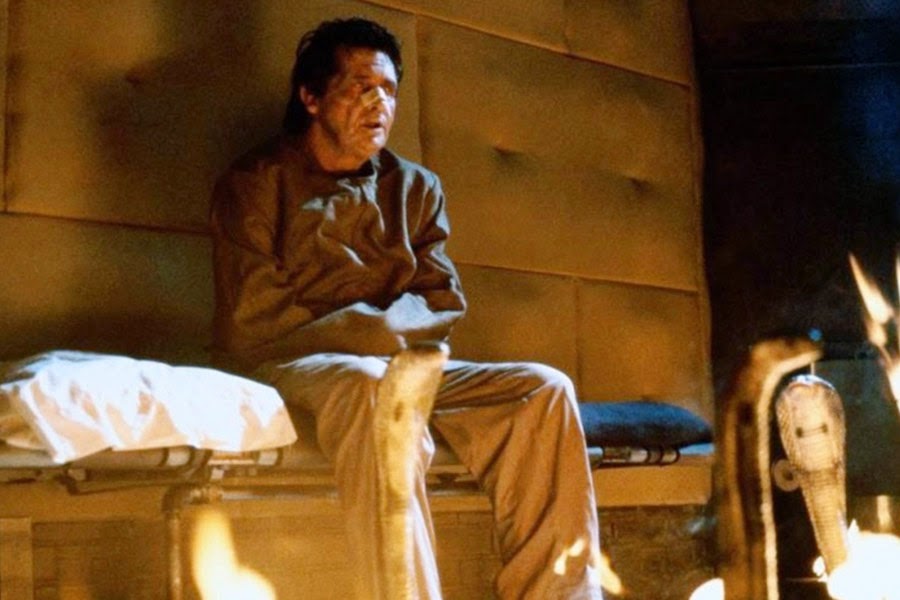 Being as the film is based on his own novel, it's a fair assumption that if anybody knows how to deliver a solid Exorcist film, it would be Blatty since he wrote the book of which the first film is based on as well as this one titled Legion. You would think that. However, as much as I loved the film that Morgan Creek delivered to us, I'm kinda shocked to find out that Blatty had envisioned a much different take on the film, one that didn't use Exorcist in the title or even contain an exorcism in the film. These were all late addition changes demanded by the studio out of fear of losing the core audience and most importantly, money. Blatty has also stated several times that his original cut was much longer, and that he had always hoped that the studio would eventually allow him to release a much longer Director's Cut, but according to Morgan Creek, any remaining footage that was forcibly removed to create the Theatrical Cut is lost forever. It's surprising to me because the film that we were given works so well. For the first hour and a half we are treated to a clever, dark, gritty, brooding and complicated serial killer thriller that outshines most others released in the last 25 years, only to dive head-on into horror for the last act, delivering one of the most intense and satisfying finale's I've ever seen in a serial killer film. But on the flipside, this finale completely changes the entire structure of the picture, and almost seems like a completely different movie. While this exorcism ending was forced upon Blatty by the studio after a test screening, I personally loved it for all the reasons why those would think that it doesn't work. If you want to dissect it, you could easily explain why it's unnecessary and not in tune with the rest of the film. Writer/Director William Peter Blatty was clearly going for something completely different than the first two films, and fearing the disaster that was Exorcist II: The Heretic would only taint this film, Blatty had insisted from the very beginning not to use Exorcist in the title. It's hard to say if that would have made a difference in the success of the film. Would we have been able to tell that this was somehow associated with the Exorcist franchise if it was simply called Legion as originally intended? If so, would it have made the film more successful? Would the film as a standalone detective thriller using some of the same characters from the first film 15 years earlier be good enough for people not to care whether it was related to one of the best horror films ever made and also to one of the worst sequels ever made? Since Morgan Creek claims that any of the remaining cut footage is lost forever, leaving Blatty the inability to "ever" release his original Directors Cut, I guess we'll never know. 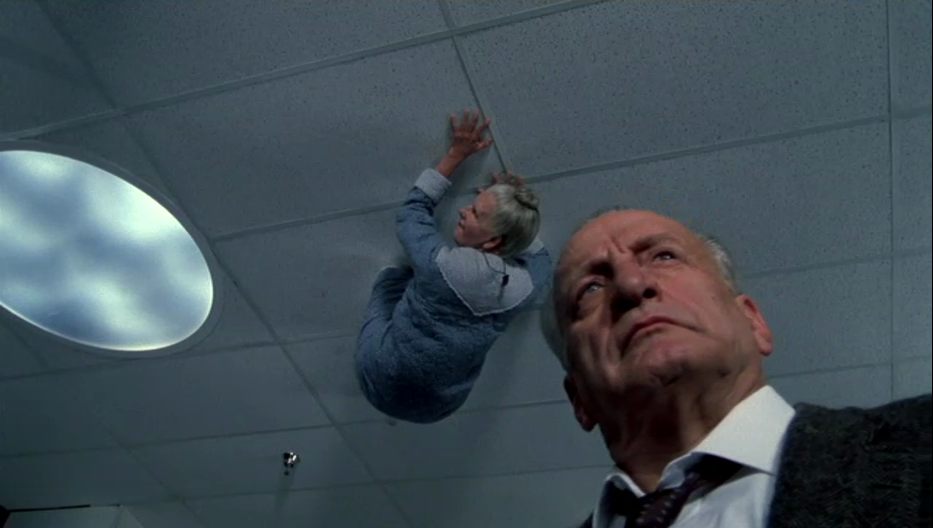 But it is after all a film/sequel to The Exorcist written by the same guy who wrote the first film and authored the books, so to try and release an official Exorcist film by the original's creator without using it's pre-Exorcist III is a fantastic film and could work effectively as it's own film; a smart, clever and gritty hard-boiled thriller. As a sequel to an existing popular horror film, it only marginally scratches the surface of that genre, mainly because it's trying hard to be completely different and distance itself from the sequel people consider to be one of the worst ever made. Yet with Exorcist III as the title, I know it's an Exorcist film right off the bat, instead of trying to figure that out later when I've decided whether or not I should give this seemingly original detective thriller a shot. So this way I know what I'm in for and what to expect, only the tables have turned once the film begins playing because while it is in fact called Exorcist III and part of the series, it doesn't look or feel like one. Bah!!
existing fanbase and reputation seems a little silly to me. Sure in time I think it would have made sense and caught on with the general public, but being that the stars of the film, George C. Scott and Brad Dourif, who were outstanding by the way, claim that the original ending shot for the film was so much better and made for a much purer film experience that didn't require all the theatrics of the effects heavy finale of the currently released version, I kind of wish we were given that other version to decide for ourselves. The stars of the film attest to a much stronger film the way it was originally written and shot and for me, that's a strong support system. So on that note, I'm really torn. I feel that

Those are my two cents. This film blew me away with it's different approach and razor-sharp execution. Full of witty and clever dialogue, outstanding performances and top-notch screenplay and direction by Blatty himself, Exorcist III is a criminally underrated film. Not the film that Blatty had wanted to release, but an intense nail-biter that easily ranks as one of the best horror sequels ever made and one that more people should be aware about.

A YouTube user by the name of Spicediver assembled a fanedit of the entire film, omitting any scene or reference of the film's exorcism and keeping in line with Blatty's original story arc and vision. He accomplished this without any of the missing footage that would have fleshed out Blatty's original concept, but still gives you an idea of how different the film would have turned out. Check out the trailer below for a glimpse at this altered version of this classic film, a version that we are more than likely never going to be able to see. I think this looks brilliant. What do you think?