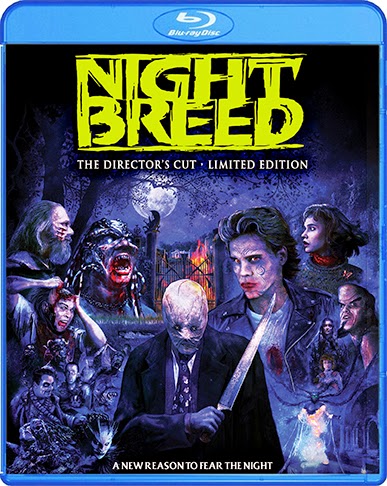 Okay, so if you love horror movies, then you love Clive Barker's 1990 "almost" masterpiece of monster horror Nightbreed. I say almost because as you all know by now, it was severely cut down and edited when released, much to Barker's dismay, and what we ultimately got was just a fraction of Clive Barker's planned vision of his world of monsters. Nightbreed was intended to be a trilogy of films, the Star Wars of the horror/fantasy world. But the studios, after severely cutting the film down and making drastic changes, completely mis-marketed the damn thing and made it look like an ordinary slasher film in trailers and promotional material, so naturally the film wasn't seen by hardly anyone and didn't do well enough to warrant any of the planned sequels. There were always talk and whispers of this supposedly "lost footage" making the rounds in conventions and whatnot - which did in fact exist in the form of telecine tapes and badly worn out VHS copies - and well, after a petition and years of hard work, these missing elements have been found and the mythical Cabal Cut (as it's been referred to) of Clive Barker's Nightbreed is finally going to see the light of day via Scream Factory in both a 3-Disc Limited Edition Blu ray and a 2-Disc DVD/Blu ray Combo Pack.

For the first time on home video, you can experience Clive Barker’s original director’s cut of Nightbreed with over 40 minutes of new footage, all mastered in high definition from the original camera negative!

This Limited Edition, 3-Disc Set includes the theatrical cut, on Blu-Ray for the first time, and a bonus disc of additional extras (see below)!

Boone (Craig Sheffer) may be a troubled young man, but his troubles are just beginning. Set up as the fall guy in a string of slasher murders, he decides he'll hide by crossing the threshold that separates “us” from “them” and sneak into the forbidden subterranean realm of Midian. Boone will live among the monsters.

Hellraiser creator Clive Barker writes (adapting his novel Cabal) and directs this vivid leap into horror that asks: in the battle of man vs. monster, who's really the monster? The answer supplies flesh-crawling suspense, sudden fear, a colorful Danny Elfman score and a creepy array of shape-shifting beings. They are the Nightbreed, denizens of a world beyond death, beyond the imagination, perhaps beyond anything you've seen. 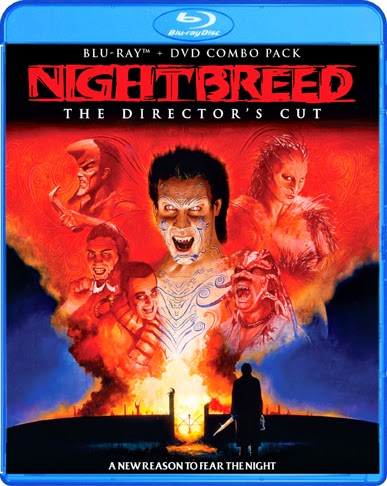 As of this date, this news is about a week old, and though the Limited Edition Blu ray is rather pricey, it seems to be selling like hotcakes, having already sold the first 1,000 units in it's first night. Sorry guys, the newly commissioned Limited edition Poster Print is no longer available as only 1,000 were made for the Limited Edition Blu ray, which sold out overnight. Better hurry, because realistically you only have a small window of time to take advantage of grabbing one as it's a limited run of only 5,000 and will surely run out, grabbing ridiculous prices on eBay and Amazon. The DVD/Blu ray 2-Disc combo will be a lot easier to get as there is no limit on that particular release.

I don't think I need to say how important this release is and how valuable petitions are in situations like this. This never would have seen the light of day had it not been because of the thousands of signature's Occupy Midian received with their petition to make this a reality. Hell, Morgan Creek flat out stated several times that they had no desire to re-release Nightbreed, let alone dig up any of the missing footage supposedly locked away in their vaults, because they didn't think there was enough interest in it. The fact that we were able to make this a reality is a miracle in itself. "The Tribes of the Moon Embrace You".
Posted by robotGEEK at 12:47 PM