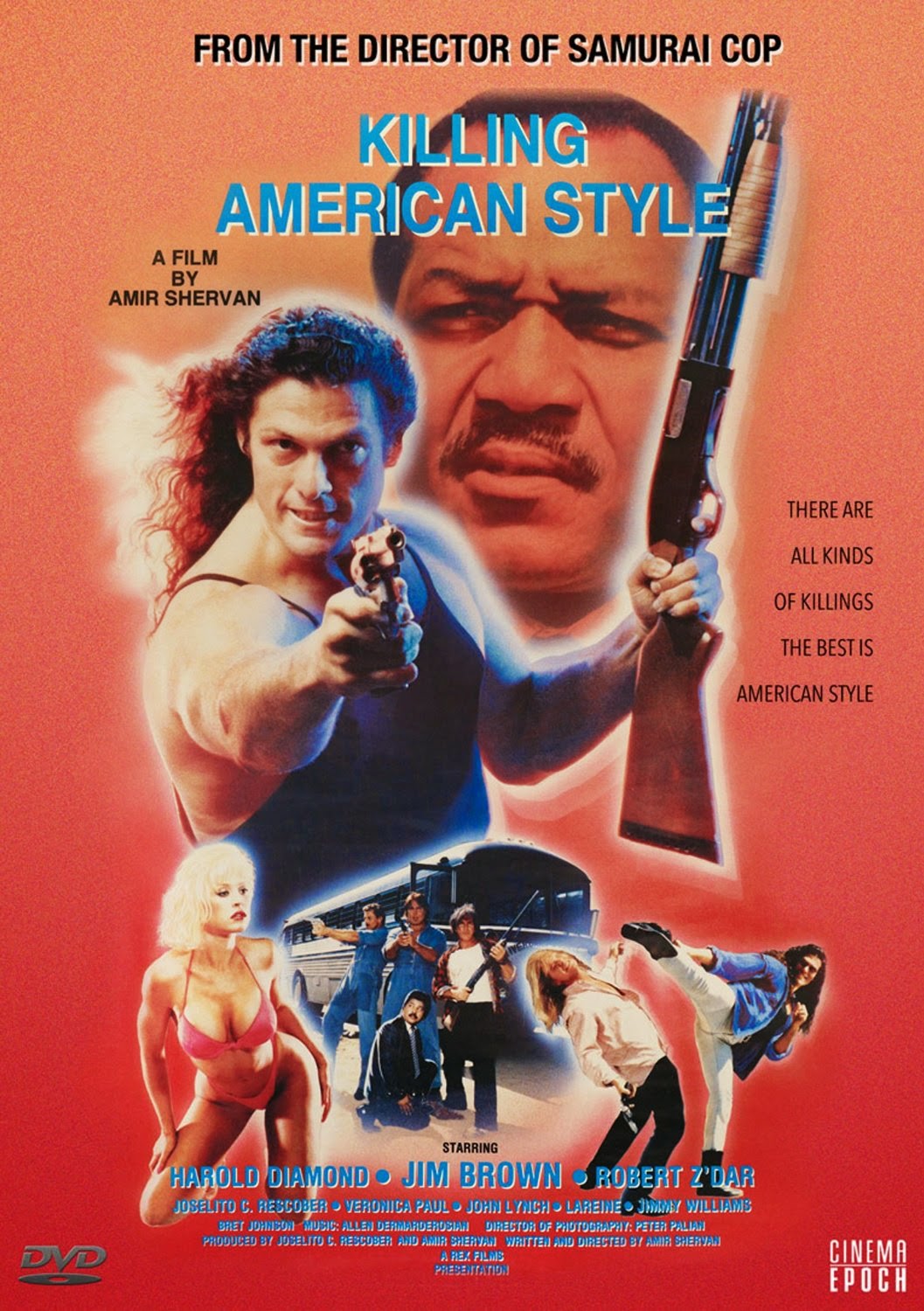 When I first heard of this film, I was more than a little excited. You see, this is another low-budget action effort from the genius behind Samurai Cop, one of - if not "the" - best Bad Movies ever made. You see, writer/director Amir Shervan operates on a level of bad unlike anybody else in the business. Apparently oblivious in knowing what it takes to produce a successful action film and completely inept, his most famous film Samurai Cop, has grown to cult status as one of the greatest examples of Bad Movie Cinema, and for good reason. It's terrible in absolutely every single level. Yet, that's what makes it so great, and hilarious, and fun, and the perfect addition to any Bad Movie Night. So to find out that he had made another terrible action film, again co-starring none other than Robert Z'Dar (Maniac Cop), I immediately tracked a copy down and bought it impulsively.

Here's the beauty though. Once I bought it, I did some research and discovered that while Z'Dar appears in this, the real star is Harold Diamond, and I nearly lost my shit. You see, Harold Diamond is that weird hulking looking dude in the awesome Hard Ticket to Hawaii, another brilliant Bad Movie from Bullets, Bombs and Babes maestro Andy Sadaris. Diamond appeared as a sidekick secret agent who couldn't deliver a decent line of dialogue if his life depended on it. Unusually large, tanned, and with ridiculously long poofy hair, this guy was just about the worst actor in HtTH, which obviously made him my favorite. But he's hardly been in any films, and certainly hasn't appeared in anything in the last 23 years, so to find a film directed by the guy who gave us Samurai Cop that stars the oddball from Hard Ticket to Hawaii was almost too much to bare. So did Killing American Style satisfy the way I assumed it would? The star of Hard Ticket to Hawaii and the director of Samurai Cop; match made in heaven right?

Honestly guys, not really. While it is indeed a very bad low-budget action film, it never reaches the level of absurd that Samurai Cop seemed to achieve so effortlessly. In fact, I was quite surprised to find that this was made before Samurai Cop and not after, because on a technical level, it's a much more professional and coherent looking film than SC. So to find out that the much more juvenile SC was made after this was a total surprise.

It's hard to say what exactly is missing here, but while silly and ridiculous, it doesn't possess the endless and laughable WTF? moments that SC or Hard Ticket to Hawaii for that matter does. But the film is quite ridiculous, and if you're looking for ridiculous, this may fit the bill. Oh, and before I forget, it also co-stars Jim Brown. Yes, "that" Jim Brown.....as the police chief. If it wasn't so funny seeing someone as respectable as him appear in this film, it would be really sad.

A completely inept and ragtag group of crooks decide to hold up an ice cream cone truck company (huh?) for some cash. When the hold-up goes south, they take off in a flurry of gunfire and take shelter in the home of John Morgan (Harold Diamond). Knowing it's only a matter of time before they are killed, Morgan begins to work on a plan of escape. 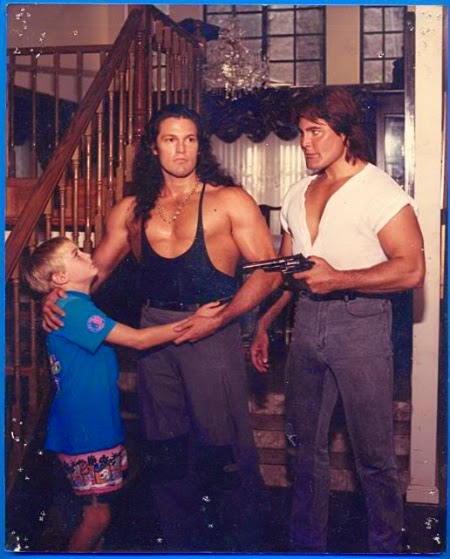 Killing American Style is absurd on every level, almost to the point of parody, only it's not parody, this is a serious action film made by a guy who's into the business seriously. Unnecessary nudity, painfully awkward sex scenes (even a make-out scene is cringe-inducing and odd), terrible dialogue, lazy action sequences, and unusual cast definitely make this worth checking out. Even the minor supporting characters sprinkled throughout are comically odd looking. And that's not even getting into Harold Diamond's wardrobe. That alone is worth checking out because it's so over-the-top, you know that no normal human being would wear those clothes, yet he does rather effortlessly and you know they cost a fortune. Seriously, I just couldn't stop commenting on this guys clothes in the entire film, no matter what he changed into. Who wears clothes like that?! This guy does, and I wouldn't have it any other way. You also can't stop staring at Robert Z'Dar's uncomfortably tight pants or his junk. It's weird. Like, they're so tight he's almost got camel toe and you just can't look away.

Killing American Style is a an awkward and uninspired attempt at making a low-budget action film. Where writer/director Amir Shervan's complete lack of talent and inability to put a decent and somewhat coherent film together is what makes the legendary Samurai Cop one of the best Bad Movies ever made, is only half realized in this slightly more streamlined attempt (!!!) at a film. No surprise then that it doesn't have anywhere near the cult status or reputation as others do in this niche sub-genre. Hell, I'd never even heard of it until just a few weeks ago myself! As with his later film, it's entertaining for it's sheer ineptness and terrible "everything", but it's a one-watch kind of film. I have no desire to ever watch this again. Samurai Cop and Hard Ticket to Hawaii on the other hand......
Posted by robotGEEK at 5:58 AM