Review: The Man From Nowhere 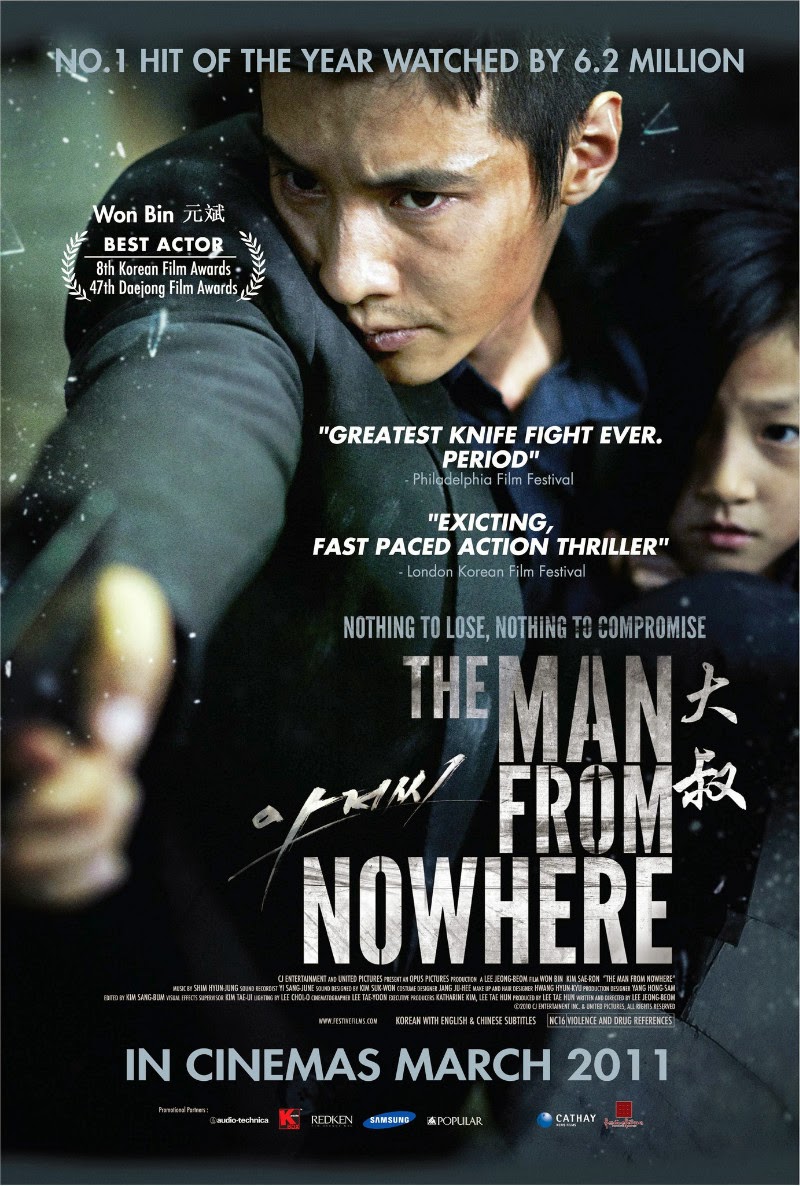 As I stated in my previous post, my interest in Asian Cinema had really started to diminish in the last 15 to 20 years, especially when the Asian Horror craze took over. It just seemed like nothing decent was really being offered.
Boy am I glad that's changed! This has got to be one of the best examples of what is being offered these days and an awesome reminder of how things have changed in the world of Asian Cinema.
I'd read about this one a few weeks back as it was being released on blu-ray, and as everything I'd read was absolutely positive, I thought I'd jump on the bandwagon and check this sucker out.

BADASS!!!
INTENSE, BRUTAL, UNFLINCHING and EXCITING as hell are just a few words that pop to mind when describing this Korean film. This film never slows down long enough to ever be boring or bland. It's exciting from beginning to end and just leaves you floored and wowed throughout. This film is badass!!

I don't want to give away too much in terms of plot, because I feel the less you know, the better your experience will be. But basically the main character, TAE-SIK CHA; played by Korean actor WON BIN, is a loner who runs a pawn shop. He befriends a little girl from the building and when she gets kidnapped, he goes after her. The premise is much more complex than that because you know TAE-SIK CHA has a dark past. And the plot also involves human and drug trafficking as well as organ trafficking and a whole subplot into TAE-SIK CHA's past. All incredibly well done and well paced though.

The fight scenes are brutal and intense with choreography that makes you want to go stand in front of the mirror and reenact. When your alone of course. This film also has the best knife fight sequence I have ever seen on film! If that's not enough to get you to check this film out, then I don't know what is.
Director Jeong-beom Lee sets the pace right from the first frame and keeps it stylish throughout with not too much handheld camera work, which I like. For me, the less hand held, the better. I'm anxious to see where he goes from here, hoping he stays in this genre.

From what I understand, "The Man from Nowhere" received 7 Korea Film Awards in 2010, the most of any Korean film in history and was a box office smash.
I can't recommend this film enough. Get off your ass and check this sucker out!
Posted by robotGEEK at 2:26 PM