Back in the mid 90's, studio's were pulling obscure comic characters out of the vaults and realizing them as live action big budget films. Obviously, this was before the Marvel Cinematic Universe took the comic book film world by storm. But it was after Batman, primarily Batman Forever, which did rock solid business, so in the hopes of capitalizing on that success, studio's were looking for lesser known properties to bring to fruition. My guess is that these properties were far less expensive than say anything from Marvel or DC's catalog's.

Released in 1996, The Phantom ultimately bombed at the box office, not even making half of it's reported budget back, killing any chances of a reported trilogy. But does poor box office negate a solid film? Certainly not. Because despite some issues I had, it's still an enjoyable film. And you know, I do remember seeing this at the theater (I must have been one of the few), and remember actually being excited about it prior to it's release because it did look cool, or in the least...fun. But that was 22 years ago and I honestly don't remember a thing about it. And that's never a good sign, right? When I saw Hulu recently added it to their new lineup, my wife and I jumped right in hoping for the best. Let's dig in.

The Phantom, for all intents and purposes, is a very well made film. It's got a pretty impressive cast with some solid standouts for sure (Treat Williams is just the best, as is cult icon James Remar; I had no memory of Catherine Zeta-Jones being in this), and a surprisingly formidable hero with Billy Zane delivering a very likable performance. It's biggest issue I think is that it lacks any real excitement. Sure it has some action sequences, but none of it is terribly exciting or packs any sort of real punch. I never would have picked Aussie filmmaker Simon Wincer (Free Willy, Harley Davidson & the Marlboro Man) as the director for something like this. I'm sure the attraction was that he had done a bunch of Indiana Jones Chronicles episodes and movies, therefor proving he could handle the adventure stuff, but he's also a terribly uninteresting director too. He's more of a serviceable filmmaker. He gets the job done, but there are no frills and thrills about it. So while the film may have all the bells and whistles of a big budget studio film (45 million was a lot of money in 1995/6), it doesn't carry any sort of visual flare. Sergio Leone, Joel Schumacher and Joe Dante were all attached to direct at different moments throughout it's long-gestating history, with Dante intending it to be more of a tongue-in-cheek film with a lot of comedic overtones.

Another issue is the script, here credited to Jeffrey Boam, a legend in his own right with The Lost Boys, Lethal Weapon 2, Indiana Jones and the Last Crusade and Innerspace under his belt. So bringing Boam on board for this seemed like a no-brainer, yet in the end it's just okay. There's nothing that ever really stands out about this in any regards; certainly not the action, and it always feels like it's missing something. It's a shame too, because it has all of the right ingredients; exotic locations, a really fun cast, and a budget that allows for some major fun in the action and stunts department, but outside of an impressive moment in the beginning involving a truck on a collapsing bridge (William Friedkin's Sorcerer did it better), there's really nothing memorable about any of it. 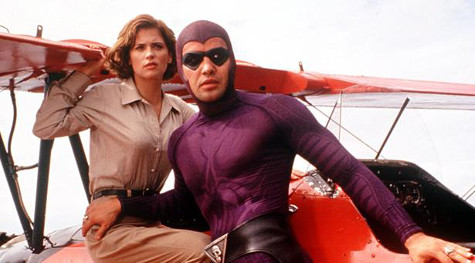 In the end, despite my issues with it's overall aesthetic, it wasn't bad.....at all. In fact, it was quite a lot of fun. It felt like something Stephen Sommers would have made, sort of like what he did with The Mummy world he created 3 years later in 1999, only a lot tamer. And you can't deny the excellent cast here, who all bring their A-Game to the table, most notably a very fun Treat Williams as the villain, who coincidentally would work with Stephen Sommers 2 years later in the excellent Deep Rising. Everyone is just so much fun in here, and I kept thinking how constantly surprised I was with the faces that kept popping up, like legendary cult icon Cary-Hiroyuki Tagawa, here as The Great Kabai Sengh, a pirate that appears in the last act who brings a lot of fun to the experience where the film desperately needed it.

Overall a fun time. It's not bad in any light, it just feels like it could have and should have been so much better. I personally would have chosen a different director, and infused the film with more excitement, whatever that entails. If anything, it serves as an excellent time-capsule for the mid 90's, where comic book (in this case, comic strip) films were still hit-or-miss. The Shadow, released 2 years earlier in 1994, and The Rocketeer in 1991 are other excellent examples. They're fun little films that, despite not having done well upon their initial release (though The Rocketeer and The Shadow did turn a very small profit, but weren't the runaway successes the studio's had banked on. Dick Tracey did far better overall), and have retained a sort of cult status, and rightfully so. They're actually pretty good....considering. 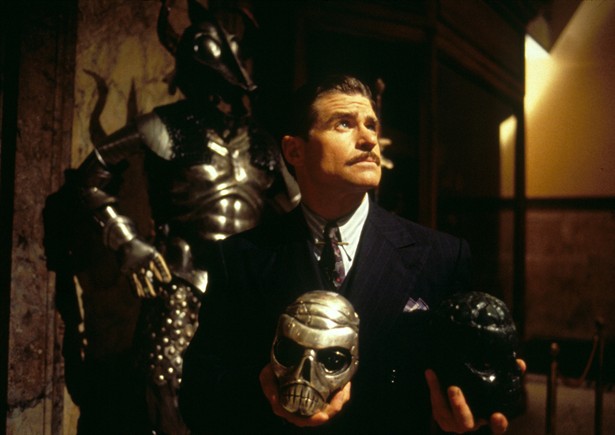