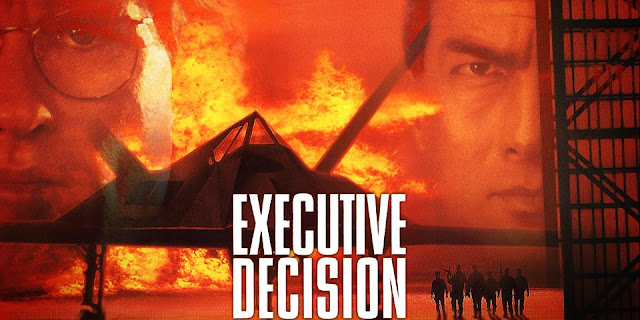 Believe it or not, I'd been itching to revisit this one for some time. I just love tracking down older 90's films that I hadn't seen in a while, and as luck would have it, Hulu added this to their streaming site recently, so I was all ready to jump in. Let's dig in.

When terrorists take over an airline midair, an intelligence analyst accompanies a commando team to take over the plane and rescue the hostages. 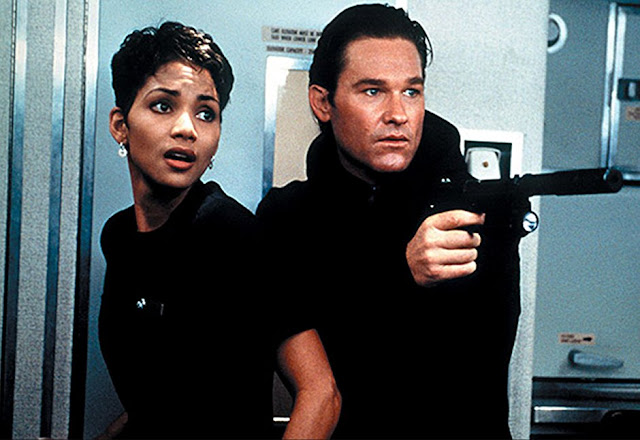 Written by Jim & John Thomas (Predator), and directed by legendary editor Stuart Baird (in his directorial debut), this film surprised me a few times. First off, the misleading promotion of Steven Seagal all over the promotional material, including the poster art, is a bit deceiving since he literally dies within the first 15 minutes of the film. Stunt casting at it's best! You have to remember, this was when Seagal was a hot property, and his films were still hitting theaters. Secondly, and most surprising to me, is that it's not really an action film, but rather more of a thriller than anything with not much action at all, save for the final few minutes. Yet, it was entertaining enough within the thriller genre to keep you invested, mainly through it's excellent ensemble cast, led by the always reliable Kurt Russell.

For what it was, the script by the Thomas brothers was pretty tight, as was Stuart Baird's first time direction in a film. It definitely carries a very slick 90's aesthetic that in no doubt is brought to life through legendary cinematographer Alex Thomson's (Year of the Dragon, Legend, Cliffhanger) exquisite work behind the camera lens. The impressive modelwork in the end was also a nice touch and reminder of a time when movies were made practically. So on a technical level, Executive Decision is pretty neat. 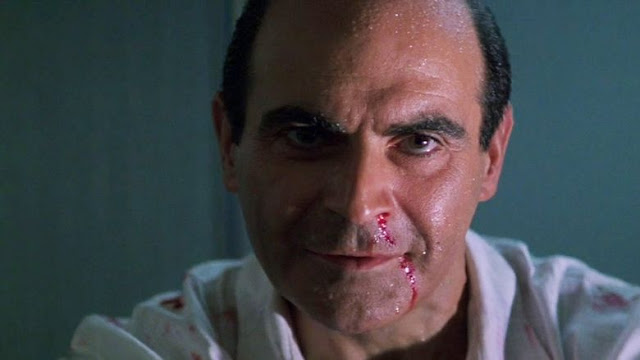 I'm not really feeling the need to get in depth with this one, as it was ultimately just okay. The surprising lack of action and thrills definitely derailed it's potential, while the few moments of tension helped keep you going. In the end I felt it was a bit of a missed opportunity, but still; it wasn't bad. I liked it. I just didn't love it.

Posted by robotGEEK at 9:39 AM